brandv3d
polycounter lvl 9
Offline / Send Message
brandv3d polycounter lvl 9
Oct 2011
I just finished modeling this German Tiger Tank and plan to use the Hi-poly model to bake the normals into a low poly model in 3ds Max and then import it into CryEngine3. I do have a question about terms. What is the meaning of Tris and Faces in Maya. What is the actual poly count? 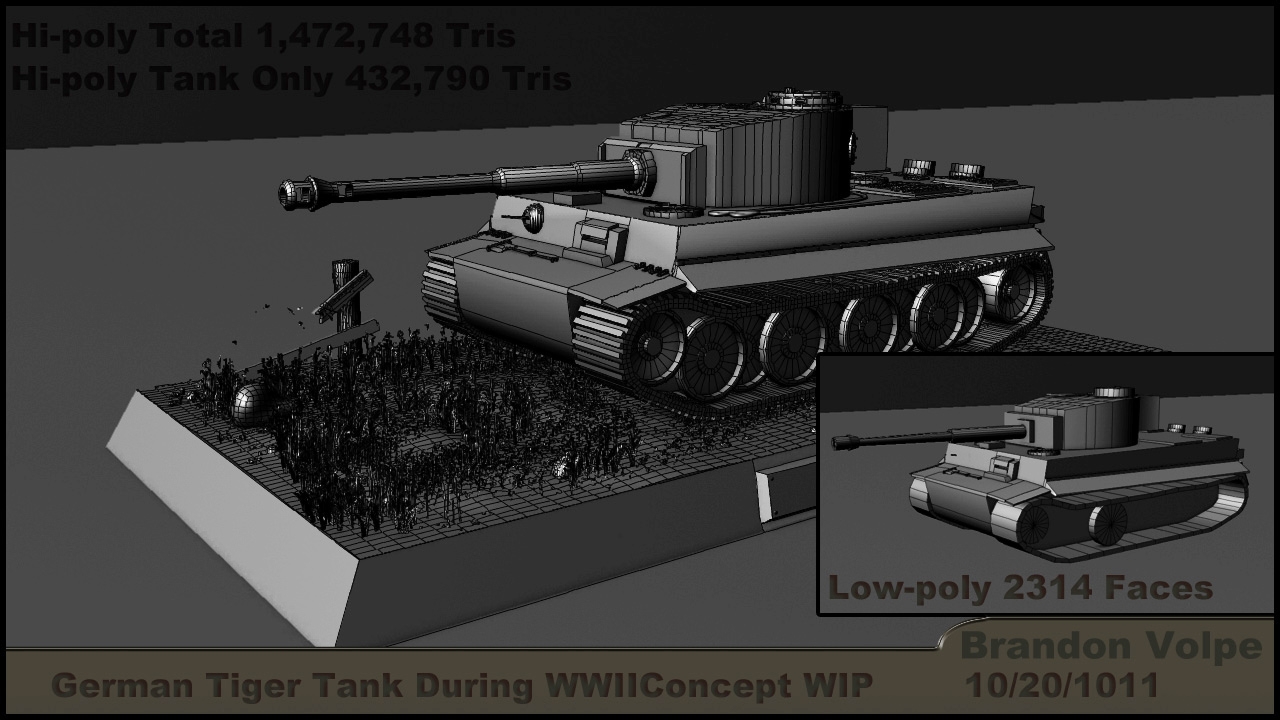