Bal
polycounter lvl 12
Offline / Send Message
Bal polycounter lvl 12
Aug 2010
Eh, working on too much stuff already, but still gonna try and make something for this challenge.
Looked around for ideas alot yesterday, at first was gonna go with a tech-ish environement, but I decided that was too common for me, want to make something out of my comfort zone.
I'm going to try to do a traditional japanese environement, inspired by a place I went to this summer in Japan, called mount Koya.

Plan to split it up in 3 sections (might remove one depending on time) :
First is a walkway in a cemetary/forest (might replace the cedar trees by more traditional bamboos). Lots of old stone graves, covered in moss, with light shafts passing through the leaves.
Second part is a small bridge going over a river, similar atmosphere to the first section.
Third is a traditional japanese building you enter, mix of bhoudist temples and old samurai houses. Want a more red atmosphere here, with red wood, and some opened panels showing the forest outside. Final area could be some temple room with a large buddha statue.

Here's a quick idea board, using the photos I took in Japan, gonna start looking for more reference online now. 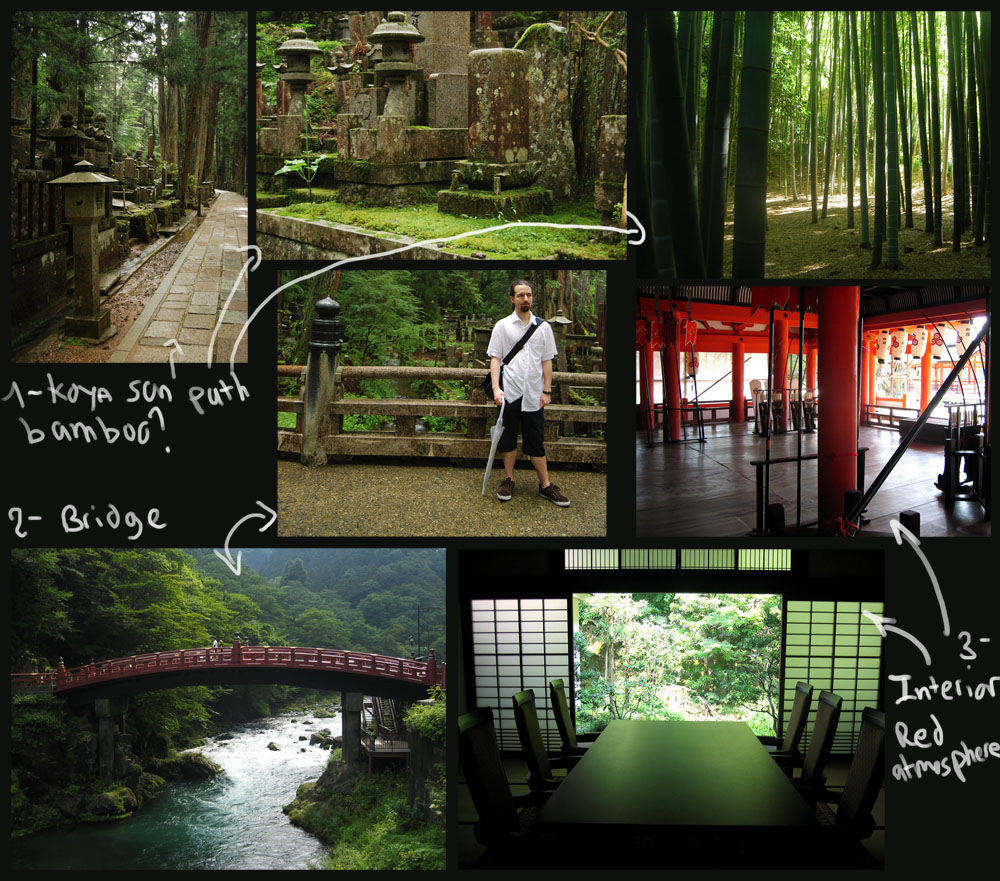 (ignore the silly frenchman in the middle image.)

On the tech side I'll be using UDK.


For style, not so sure yet, mix of Trine and Muramasa.

Challenges :
-Have never made much natural stuff.
-Gotta figure out a good way to show it off in UDK, haven't messed with Kismet at all yet.
-Learn more about UDK shaders (texture blending, water shaders, waterfall).
-Try out FXs in UDK (falling leaves, waterfall mist).
-Make a nice interface, maybe directly with UDK's built in interface system?
-Finishing on time!