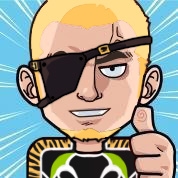 Jigsaw
polycounter lvl 12
Offline / Send Message
Jigsaw polycounter lvl 12
Mar 2011
Following a school assignment in making low-spec models, I thought it'd be fun to keep going and practice making low-poly characters... Since I'm an old Mortal Kombat fan (not to mention super hyped for the upcoming game), I decided I'd recreate some MK characters, starting with the cast of MK1.

I've finished all playable characters (plus Reptile), so up next is Goro and Shang Tsung, before I start tackling everyone in MK2.

Following the lead of the school assignment, I've used a maximum of 500 tris for each model, and a single 128x128 diffuse map. I'm planning to use ~700 tris for bigger characters like Goro - we'll see how that works out I guess.

I guess there's a limit to how many pictures I can post, so check out the rest at my Picasa gallery.
0 · Share on FacebookShare on Twitter