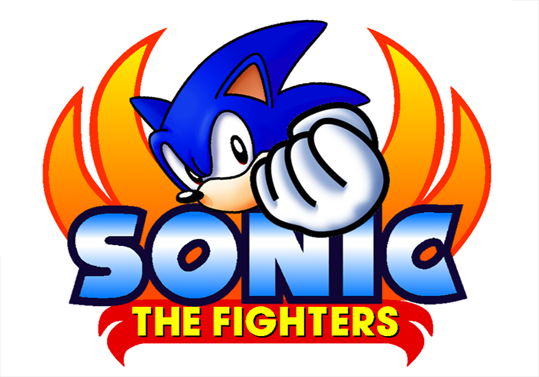 INTRO:
So, at this point the idea I have is little more than a random collection of thoughts, but I'm going to try my luck on coming up with a cool re-interpretation of a classic character.
I guess everybody knows Sonic, but not many may have played the rather obscure "Sonic the Fighters" a.k.a "Sonic Championship" Game.
Anyway, that single Fighting-Game appearance is enough for me to use this character and go bonkers on a re-design.
THE STORY:
Everybody knows Sonic the Hedgehog.
What few people know, however, is that he is based on an real person, a fearless hero wearing this now iconic hedgehog costume.
Feared by the villains in his youth, envied and admired by the masses until this very day, the life of the real Sonic was a great one.
However, the 20 years and counting since his rise to fame have not been the kindest on our hero, and while the game character based on his real life exploits is still not forgotten, the real Sonic has long since retired from the public stage.

That is, until the call came in for Participants in the POLYCOUNT BRAWL.

The fire of his youth rekindled, Sonic decided to once again don his costume and test his might against the best.

THE DESIGN:
As you might have guessed, this will be a pretty drastic re-design.
The idea is to take this cartoonish character and transform him into an exaggerated, but realistic looking guy with a costume.
But not only that, the costume itself has seen better days, so there will be rough stitches, duct-taped patches, holes and other signs of decay draped over a body that has since become older and, well, fatter.
A washed-up Sonic wearing his once famed outfit, but evidently scarred by the ravages of time.
FINAL THOUGHTS:


So, this is pretty much the idea I have so far.
I trust that his appearance in the game I mentioned is enough to qualify?!
Anyway, right now I'm just tossing some ideas around my head on how to approach it and probably won't get into actually "doing" anything until this weekend, but any comments are more than welcome.