d1ver
polycounter lvl 13
Offline / Send Message
d1ver polycounter lvl 13
Dec 2010
Hello, guys.
I'm sorry if this seems inappropriate, but I thought that since we had a northen korea thread and wikileaks and stuff like that, this might also be worth your attention.

This Sunday we had another presidential election with 9 candidates running for the post. 6 of them are now in jail awaiting court hearing and their 15 years long jail sentences. While the current "president" remains on his post for 16 years already. over 600 hundred people are under arrest and awaiting trial as well.
That's the result of the anti election falsification demonstration held the on the night of 20th. 15 000 - 40 000 people came out on the streets to express their disagreement with the regime and the election fraud. 6 out of 8 opposition candidates were the spokepersons for the gathering.

One of them didn't even make it to the meeting point. Vladimir Neklyaev and his supporters were supposed to bring audio equipment to the demonstration, but the police car blocked their way. 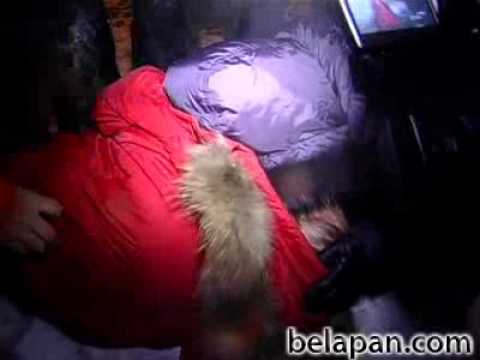 the column was attacked be special forces police. as you can see many were beaten, the equipment was "confiscated". some were arrested. among the arrested were the reporters from Russian state TV, that police was forced to let go. I cannot find their report on-line but it's pretty much what you've seen here, just from another point of view.

Btw the official press wrote about "3 brave officers being injured in an operation to stop terrorist opposition truck filled with explosives." Yeah, this truck.

Meanwhile, those who made were heading to the residence of the government. The demonstrators, led by the remaining opposition leaders proclaimed that they disagree with the election results and claimed them to be rigged. They demanded new elections without lukаshenko among the candidates and to negotiate with the current government. but the car was covered with the opposition flag and booed away.

The protesters still demanded negotiations. Some of the most anxious started to break in into the residence of the government, that happened to be fortified and filled with spetznaz officers: But through loud speakers opposition leaders told them to calm down and keep things peacefull.

So people were waiting for something to happen. It was night and -20 c(very cold) and nothing happened for a while. So more people got more anxious and the second wave started, despite the pleas to keep thing s peaceful. Tens of thousands of people shouted "push" and "negotiations" while trying to break into the residence of the government. By the way most of the time people chant "freedom!"

It seems that having realized that the police are heavily outnumbered they fell back.

But not for long

In the background you can hear opposition leaders pleading through loudspeakers for the police not to hurt people. They say that they are negotiating with police command and ask them not to resort to violence. 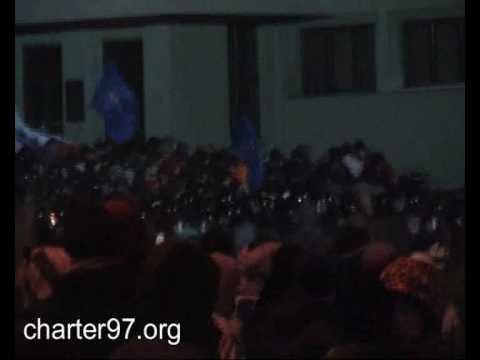 And then the vans rolled in and everyone who couldn't get away in time was forcefully loaded there through a policemen corridor and taken to jail. The next morning tv was blaring about hooligans and fascists instigating riots and the usual agenda.
0 · Share on FacebookShare on Twitter