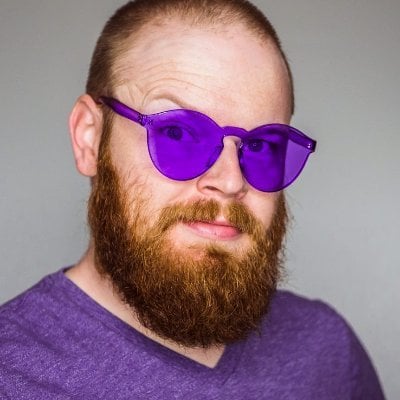 Looking through the entries in this contest, I've noticed that some people are having a difficult time achieving the general look of TF2 textures when it comes to the texturing stage for their entries. Considering that TF2 has a very specific visual style and a number of key elements that go into the visuals, I thought I'd put together a little guide to help people if they're struggling to get their textures looking like something that belongs in the game.

To get an idea of what goes into making an object look like it fits into TF2, let's take a look at some elements that all objects in the game share from a texturing standpoint.

Each object in the game has one or more base colors in its texture. These base colors serve as a starting point to differentiate materials from one another. For example, the scout's scatter gun has two basic colors; gray and brown. These colors serve to show the player that one part of the gun is wood and one part is metal. Everybody understands that wood is brown and metal is usually gray, so that's where our understanding of what the scatter gun is made of comes from. This power generator has just a few base colors: Orange and two grays

Base colors on objects are the solid colors applied to the objects in the game before any real texturing takes place. Once the base colors are taken care of, the texturing process can begin in earnest.

The textures in TF2 are painted with large, sweeping brush strokes to give the impression of detail without deliberately spelling it out. These strokes are applied over the base colors to give texture and interest while still retaining the general original hue. The brush strokes are accomplished by using large, squarish brushes at high opacity. This results in large blocks of solid color which reinforce the original base colors. Brush strokes on the bottom of a medkit

These large brush strokes are used not just to add blocks of slightly altered colors for interest, but also for painting wear and tear into textures. Wear, such as scratches on metal, is hinted at with blocks of solid color instead of the usual method of tiny scratchy marks you might see in more realistic texturing.

Most, if not all, objects in TF2 have ambient occlusion or some form of soft lighting baked into the textures. This serves to ground the modeled details on the objects by simulating ambient light. This is the same as any other game with baked ambient occlusion. However, ambient occlusion in TF2 also serves to add another layer of texture and grain to the hand-painted texture maps. These boards are pretty much a solid color, but they're easily differentiated because of the ambient occlusion baked into their texture

Since this is a competition to create weapons and other related objects for the game, it's very important to understand how metal is represented.

As with any object in TF2, weapons may have a number of base colors. Since most of the weapons in the game are guns or some variant thereof, it should be obvious that most of their base colors are grays or golds. Here's a palette of some of the colors used on various metal weapons and items in the game:

Do you notice anything unusual about it? If it seems like few of those colors are actually straight gray, you're correct. They all have some tint to them, warm or cool. The people who paint the textures at Valve understand that gray is a boring color, so what they do is make it seem more interesting by giving metal a tint of some sort. All those weapons in the game you thought were gray are actually brown or purple or maroon!


Wear and Tear and Edge Highlighting

To emphasize the form of the guns and show that they're not brand new, Valve paints highlights onto sharp edges on their metal objects and also puts some wear and tear on the metal. While most of the edge highlights are just thin lines along edges, wear and tear is often shown with large patches of color painted with those same high-opacity brushes mentioned earlier. Wear and tear on the Minigun's texture 123
This discussion has been closed.