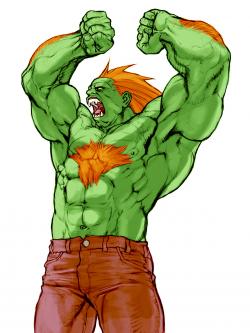 monster
Polycount Sponsor
Offline / Send Message
monster Polycount Sponsor
Oct 2004
This is the Dhampir he's like a mini boss throughout the game. He's the only character I modeled and textured that made it into the game. (Tattoos done by Jesse Sosa)

This is the Kagan character. He isn't used in the game. After Blur modeled there version of it, he was remade by Bryan at Terminal to look more like theirs. (Gorey bits textured by Bryan Cavette)

Of course I'm mainly an animator so here is a quicktime MOV of some anims from the game. Music by Static X

I know this stuff isn't present in it's best form, but I'm not looking for a job (or mod). But critiques are welcome.