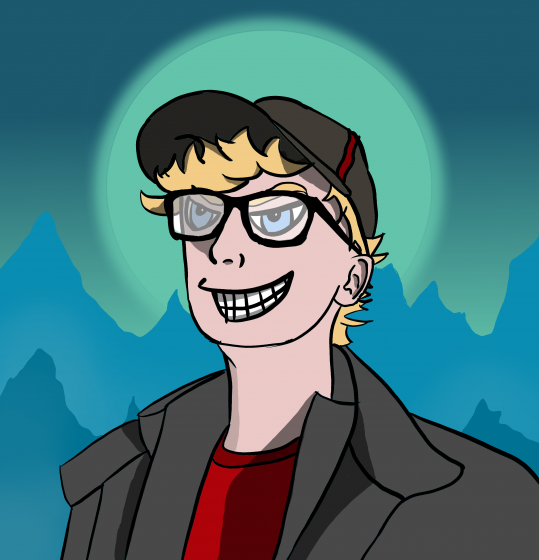 Hi All, This project is for my final year at uni and I thought I would post the development of this demo over the course of this year. So lets get started:

Synopsis: My Shadow is a story driven puzzle platformer which is set in a surreal mindscape inside the protagonists head.

Story: Wayne Adore, 15, male boy in 1940's war torn Britain who recieves a letter that his parents have died in an explosion, sending him into a deep depression. Whilst living with his carers, he looses and traps himself in his room, isolating from the world that took his only family. He eventually finds himself in another world, where he must face his demons and overcome the grief he has for his lost parents. (This is an extra bit of lore but it needs refining for it to make sense: Wayne Adore in his late 70s has a doll house with a figurine that looks like his younger self. He puppets the figurine as a coping mechanism from fighting in WW2 and the hands that attack the figurine are his own hands. Because of this, the game is viewed through a doll house perspective, like the little nightmares games.)

Gameplay & Mechanics: Linear storytelling (story is told level by level); which is viewed through a doll house perspective. The main mechanic the player can wield is "The All Seeing Eye of the Player" which essentially allows the player to see things that the protagonist can't. For example: objects which may help with a puzzle, secret pathways, platforms etc. And lastly, basic movement mechanics: walk, run, jump, grab.

Ok, so what is this game gonna look like? Well, this is the part where you get to see the concept art I've got so far: 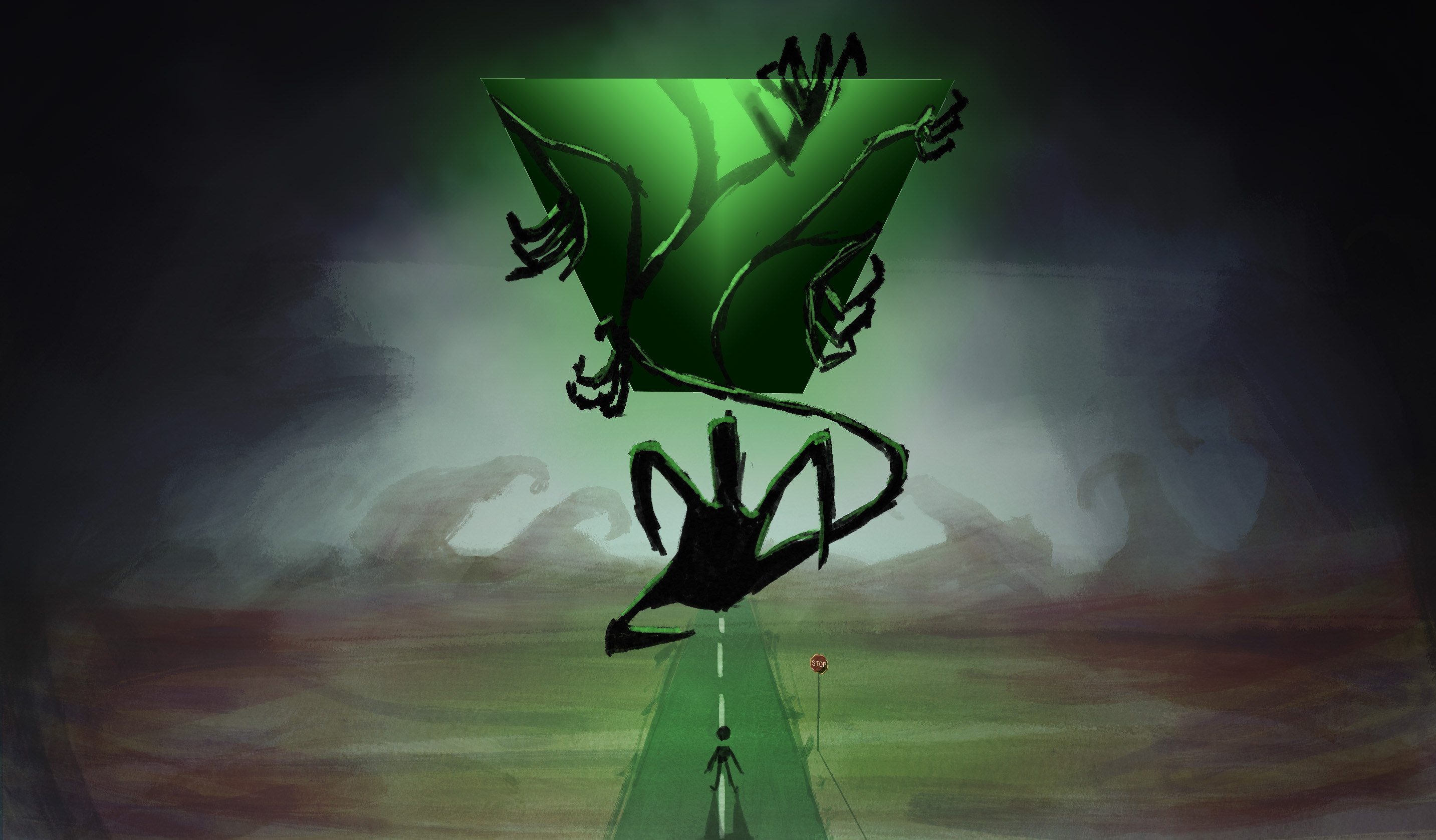 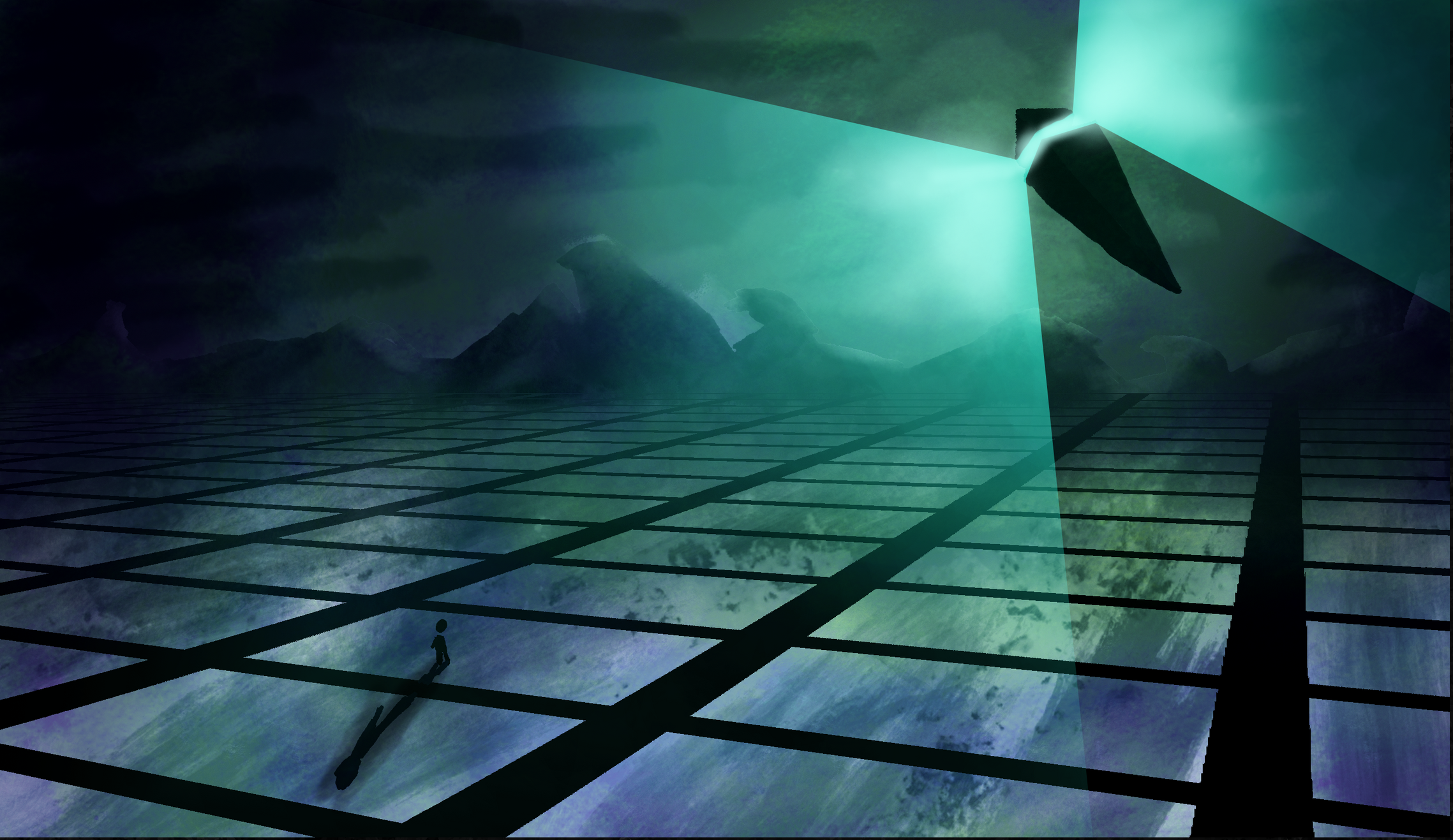 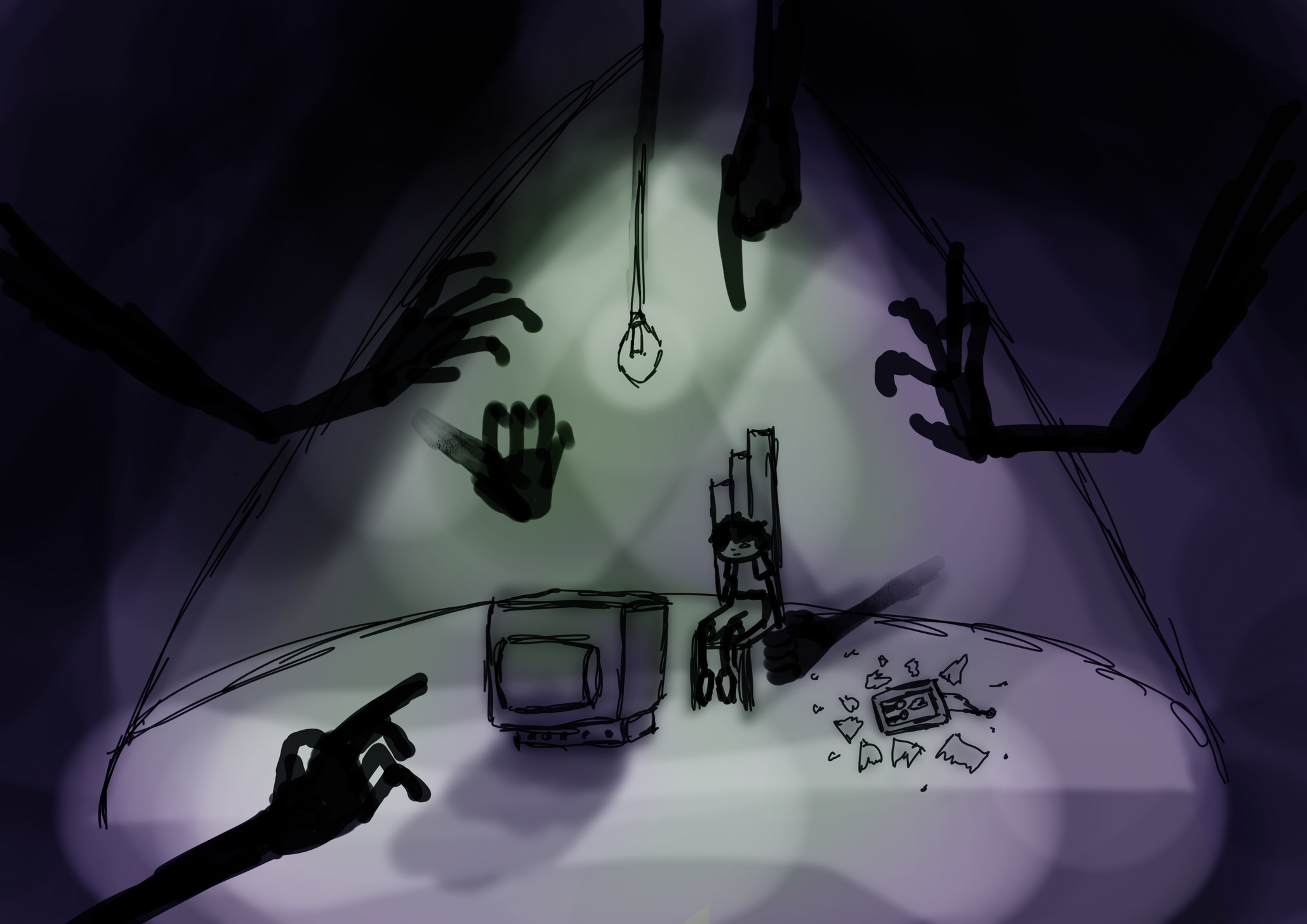 (I'm aware that tv's didn't look like this during ww2, this was just an idea I had) 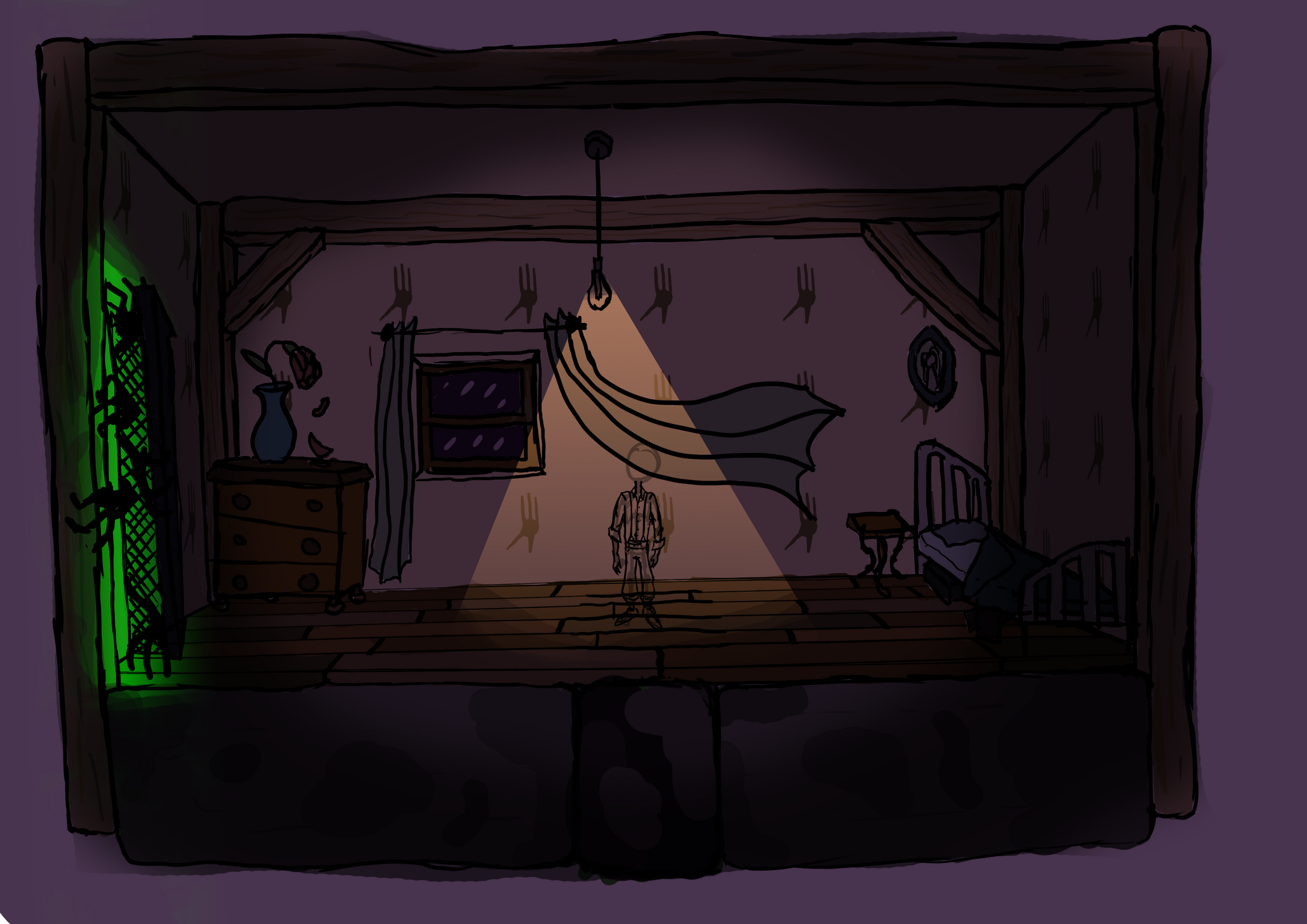 This is the bedroom level where the game starts. (WIP). I'm still working on what is going to happen in the level, but at some point, the player goes to sleep and wakes in this other world. 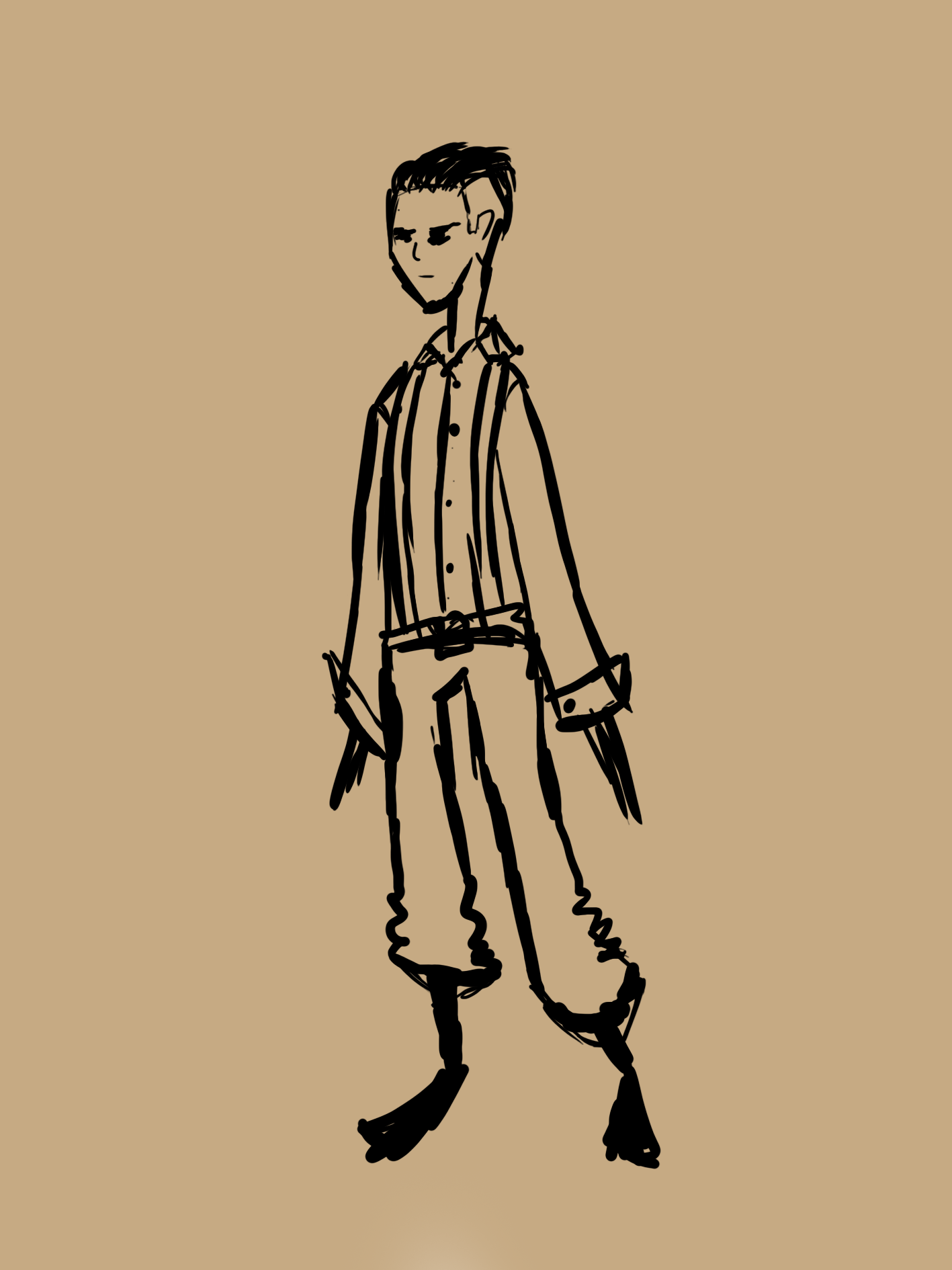 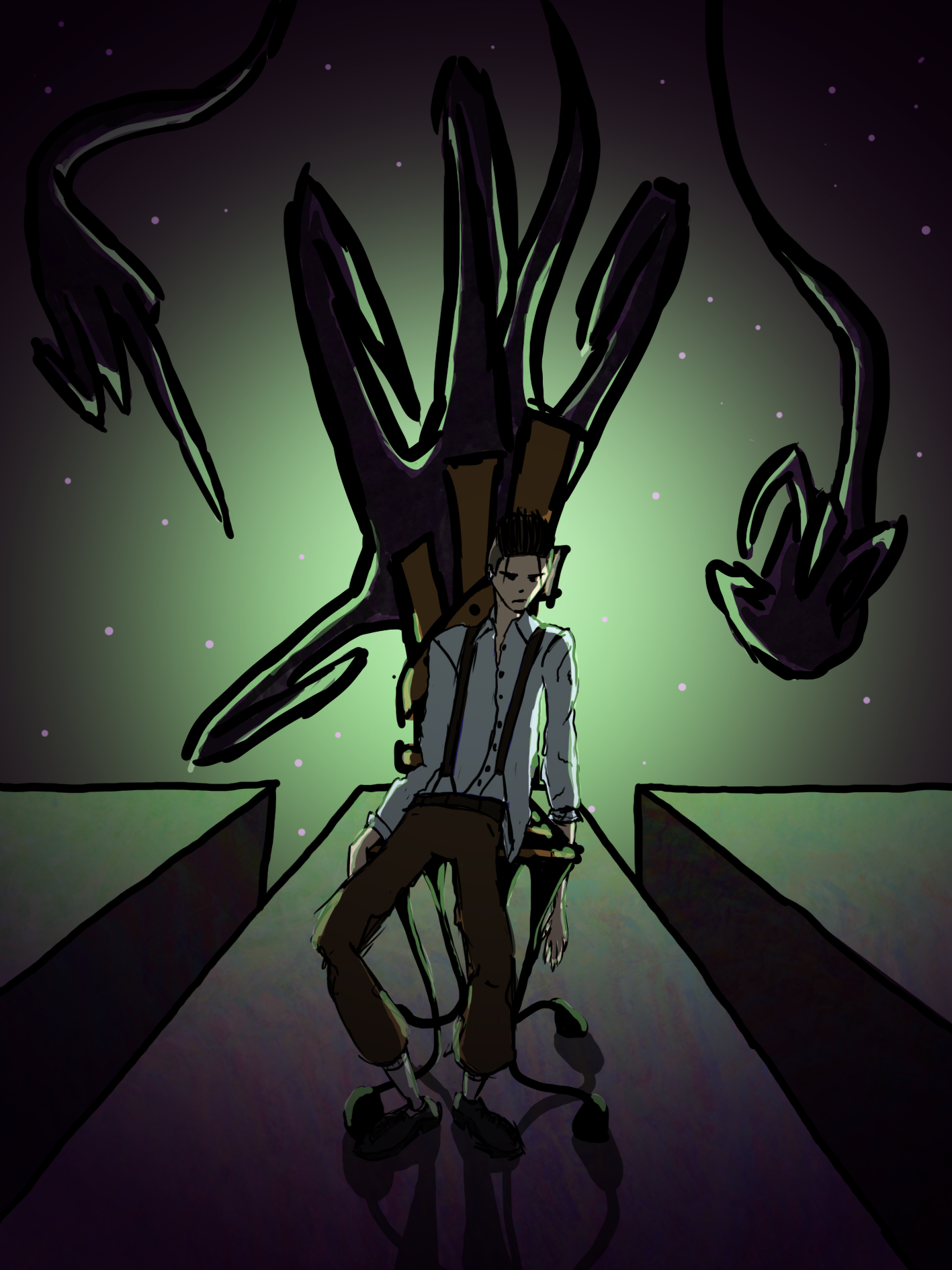 This is what Wayne Adore looks like at the moment. I plan on making him look more doll shaped, kinda like an action figure.

Right now, I've started on greyboxing the bedroom and I have fully modelled the bed. All models are made in Maya 2023 and the game will be using Unreal Engine 5. 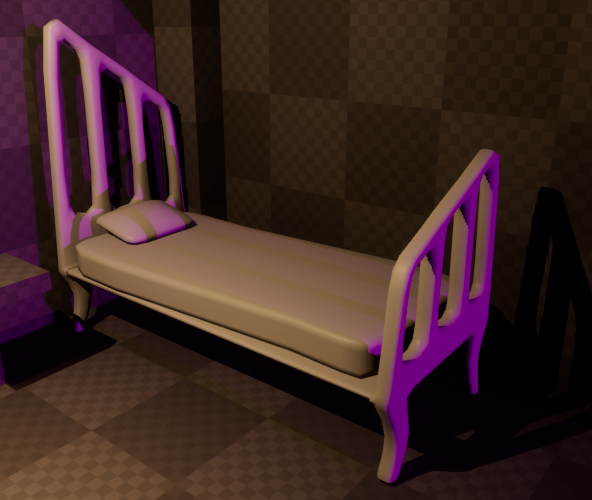 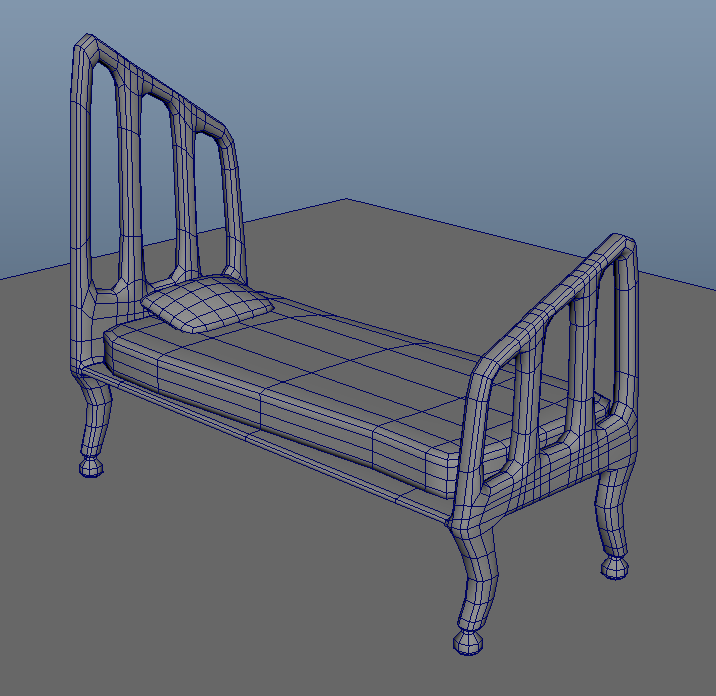 I have also made a start on the final environment for the game demo which will have a portal open up in the sky (kinda like in Time Bandits when they travel to different timelines); and the hands will snake down towards the player and that's where the game will end. 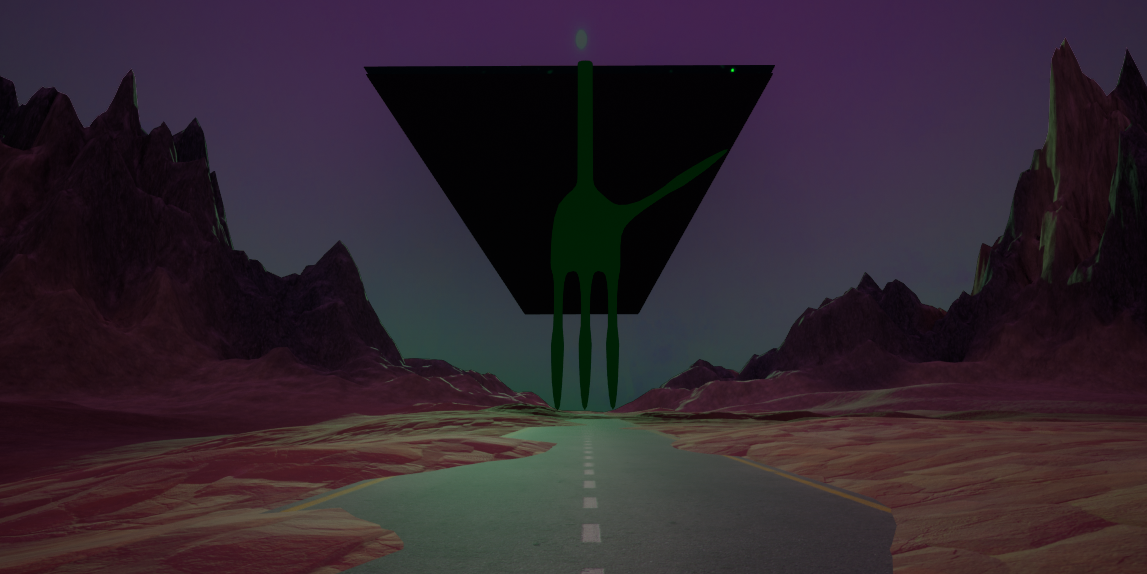 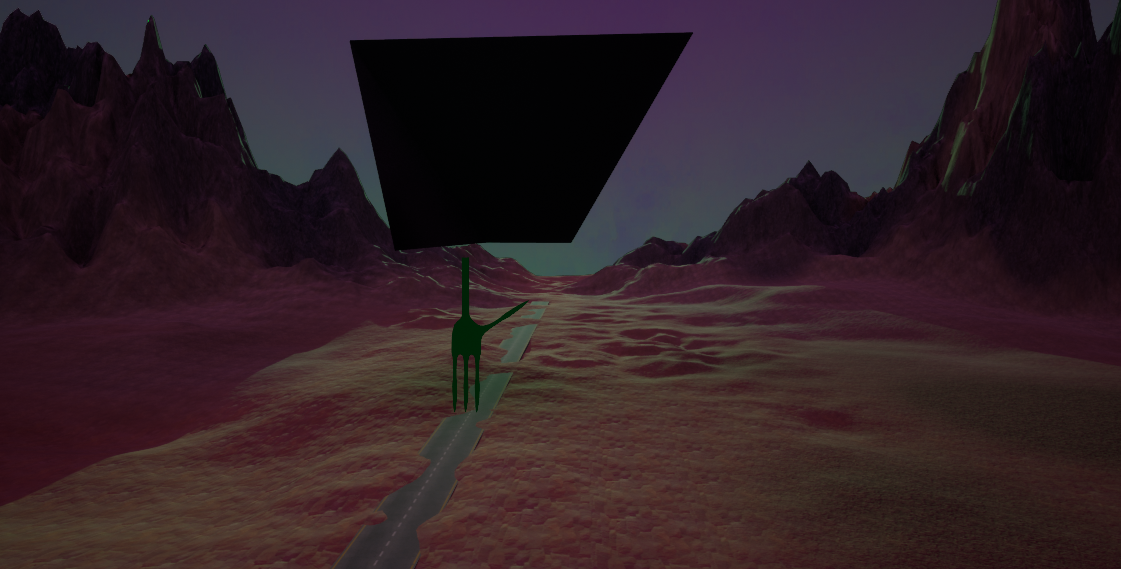 I'm having a bit of trouble figuring out how to get the opening effect the portal will have. I feel like doing non-Euclidian stuff might work but I'll have to test it. I also want to change the mountains to be more curved like in most of Tim Burtons films like The Nightmare Before Christmas. 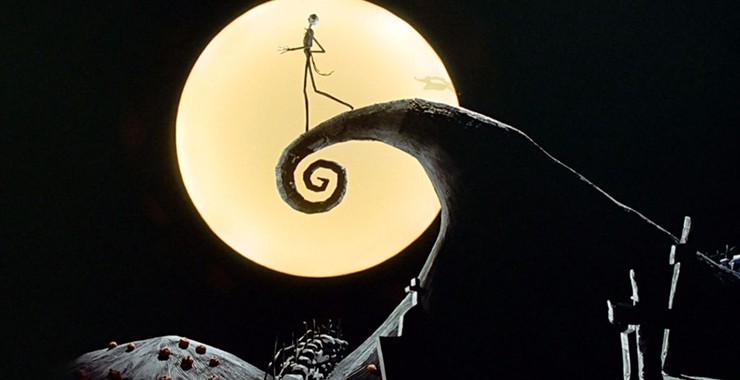 So, that's everything I've got right now. I'll be posting weekly updates on my progress and any feedback is much appreciated!