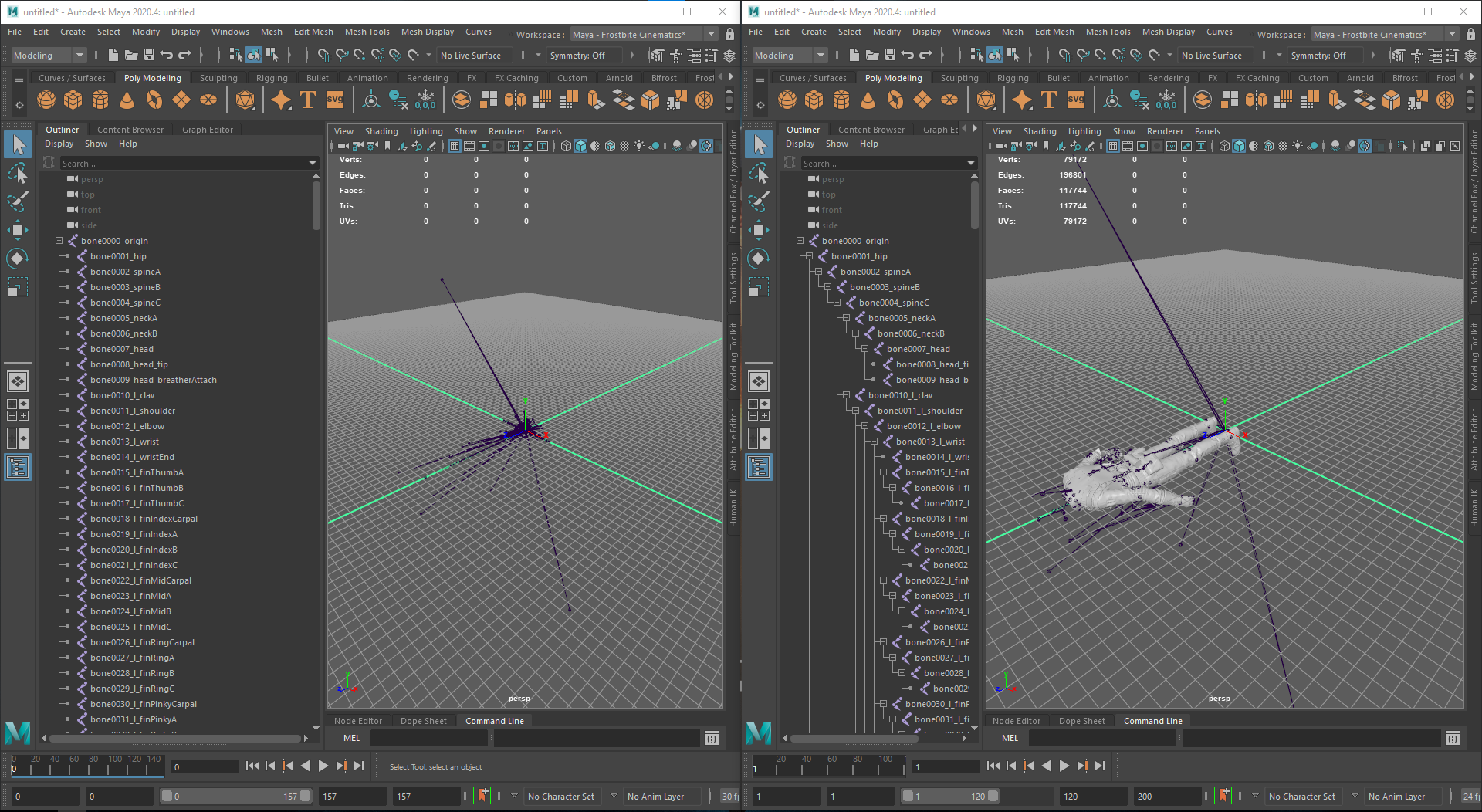 Hey everyone, new guy here :). I'm working on processing some animations that I found and was told that MotionBuilder was probably the best to use since it can batch retarget them to my target skeleton. The screenshot on the left shows that all of the joints in the animation files have no proper hierarchy; they are all parented to bone0000_origin. On the right is the character skeleton, which does have a hierarchy. Despite the difference in the hierarchies, tools like Maya and Unreal Engine can still import the animation data onto the character just fine because they don't care so much about hierarchies being identical, rather they can match the animation correctly because the joint *names* are identical. After trying MotionBuilder for the first time though, I couldn't get it to import the animation based on joint names. MotionBuilder seems to require that the hierarchies also be identical. Is there any possible way that I can get around this? I need to load the animation data onto the skeleton so that I can retarget the animations later on to a skeleton with 'fixed' naming. Thanks in advance :).

At the bottom here, you can see the error I get in motion builder when importing the animation. SInce the hierarchies are different, it's unable to match up the joints and properly load on the animation :/