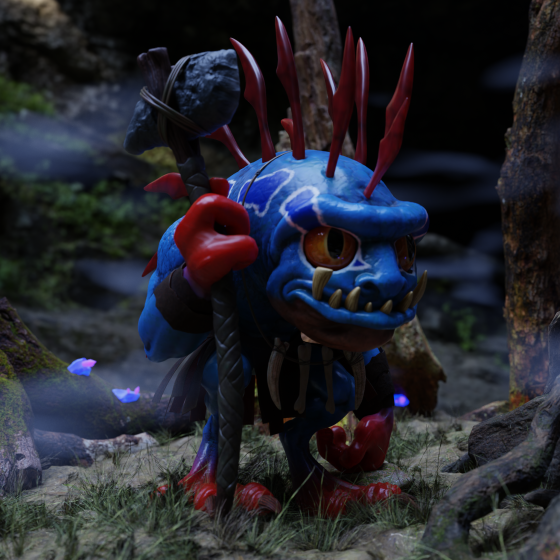 Hello everyone, I've been making game assets for a while now, baking maps etc, but i'm now wondering if i've been doing it correctly.

The thing is, whenever I create a lowpoly mesh, I always shade the whole thing smooth, or soften edge etc. There are no edge breaks for the shading. This shouldn't matter since the normal map is relative to the shading of your low-poly, so it will automatically "compensate" that smooth shading and your bakes will look just like the highpoly.

Now i've been watching a couple tutorials and they seem to worry more about the shading of the low-poly mesh. Making sure it looks good on its own by adding supporting edges for the shading, and adding edge breaks. Why would you need to do this? The bakes won't look different, since the normal map will still make your low-poly have the same shading as your high-poly.

I think it might have to do with the automatic cage creation that marmoset, substance painter etc have, so that the cage will look less wonky (the same thing you might get when adding thickness to a mesh with all sorts of corners. Sometimes the poly's won't go the way you want them to go since the normals are averaged).

Could this be the reason? Thanks in advance :)