Hi, I'm working on this character, really struggling with the cape for now so I'd like some critique and help. The cape in the original concept isn't entirely realistic in the way it bunches up and holds itself, but the way it is in the concept really helps the silhouette and is what really makes the character imo, so I'd like to replicate it. I've tied to sim it in marvellous designer for hours and there's no "realistic" result that can achieve the silhouette, so now I've been trying to sculpt it while staying close to the concept. I think it looks better but I'm not entirely sure if it looks right, I'm not sure if I'm balancing the stylised shape and the actual cloth sculpt properly, or if it just comes off like I don't know what I'm doing with cloth. Still WIP so I'll be getting to the lumpy areas in due time, and the back is like that just from being mirrored, ill figure out the actual creases there eventually, right now I want to figure it out from the front since that's going to be the most important view.

concept is by Rodrigo Balmaceda 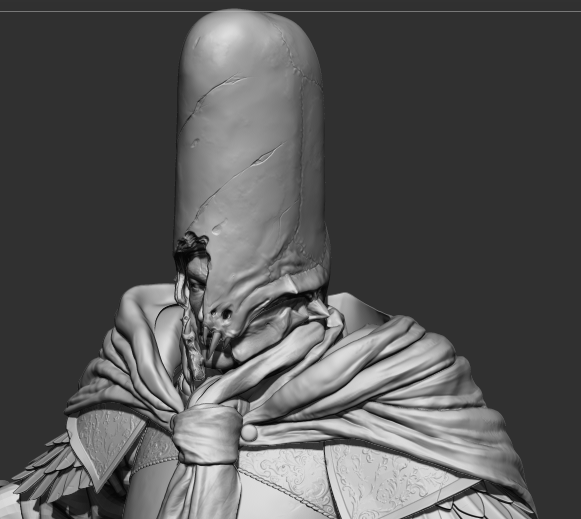 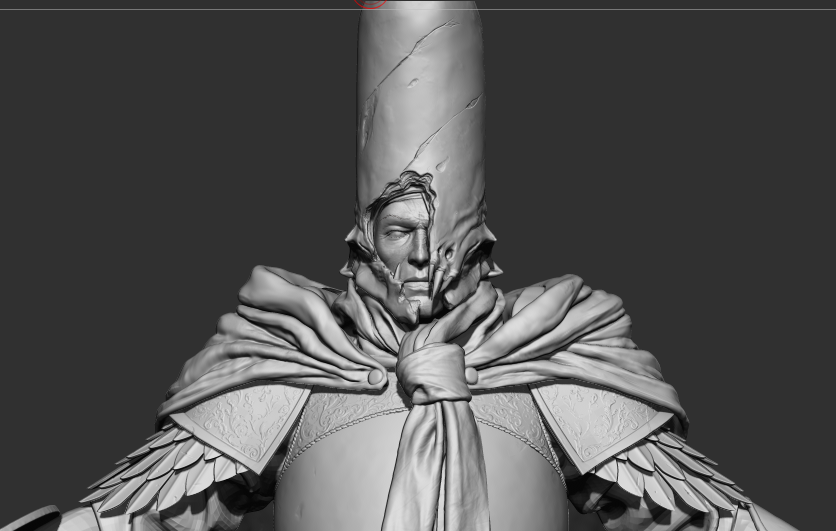 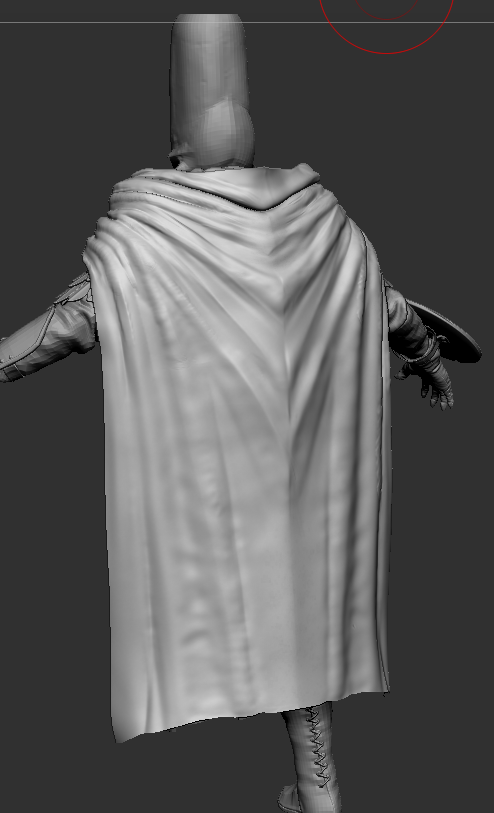 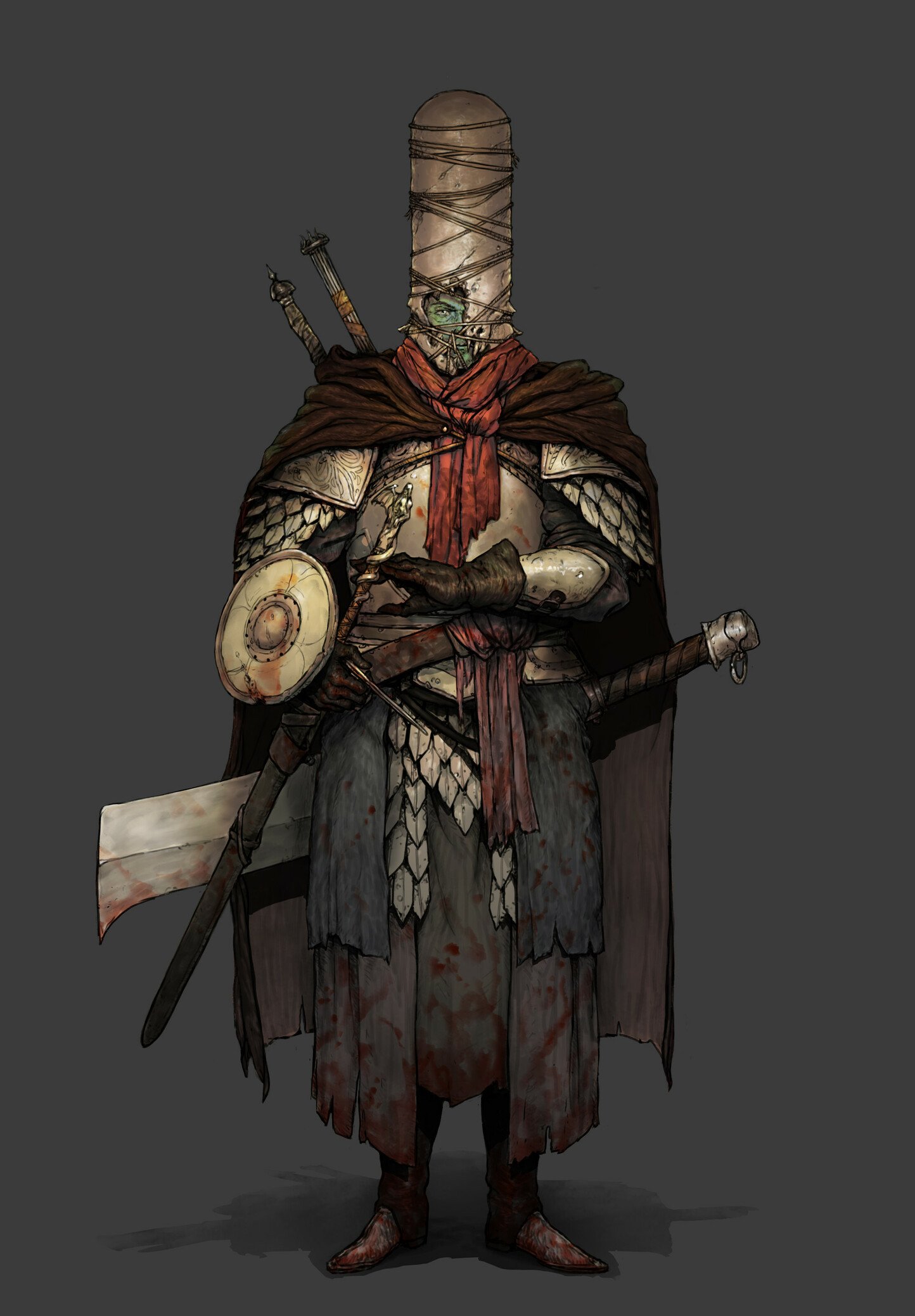