Lotte
Offline / Send Message
Lotte
Oct 15 2021
Hello to whoever is reading this!

I'm currently doing a mentorship with Lucas Annunziata and he recommended keeping a diary of progress during the project that I am tackling. It is easy to lose track of where you are heading sometimes when you work on something for a longer amount of time; so I thought it was a great suggestion. So BAM, now this topic exists :^)

Just to give you a small introduction of myself: I'm Lotte, a game art graduate from the Netherlands who is looking for that last bit of confidence before jumping into the industry itself. I hope this project will give that to me!

Which leads me to the actual concept that I will try to recreate in 3d! It's an artwork by Jourdan Tuffan (https://www.artstation.com/artwork/GaJPla)  called ''The teal wheel.'' Its charm made me visit the concept a lot, so it is very exciting to be allowed to work on a 3d rendition of it! 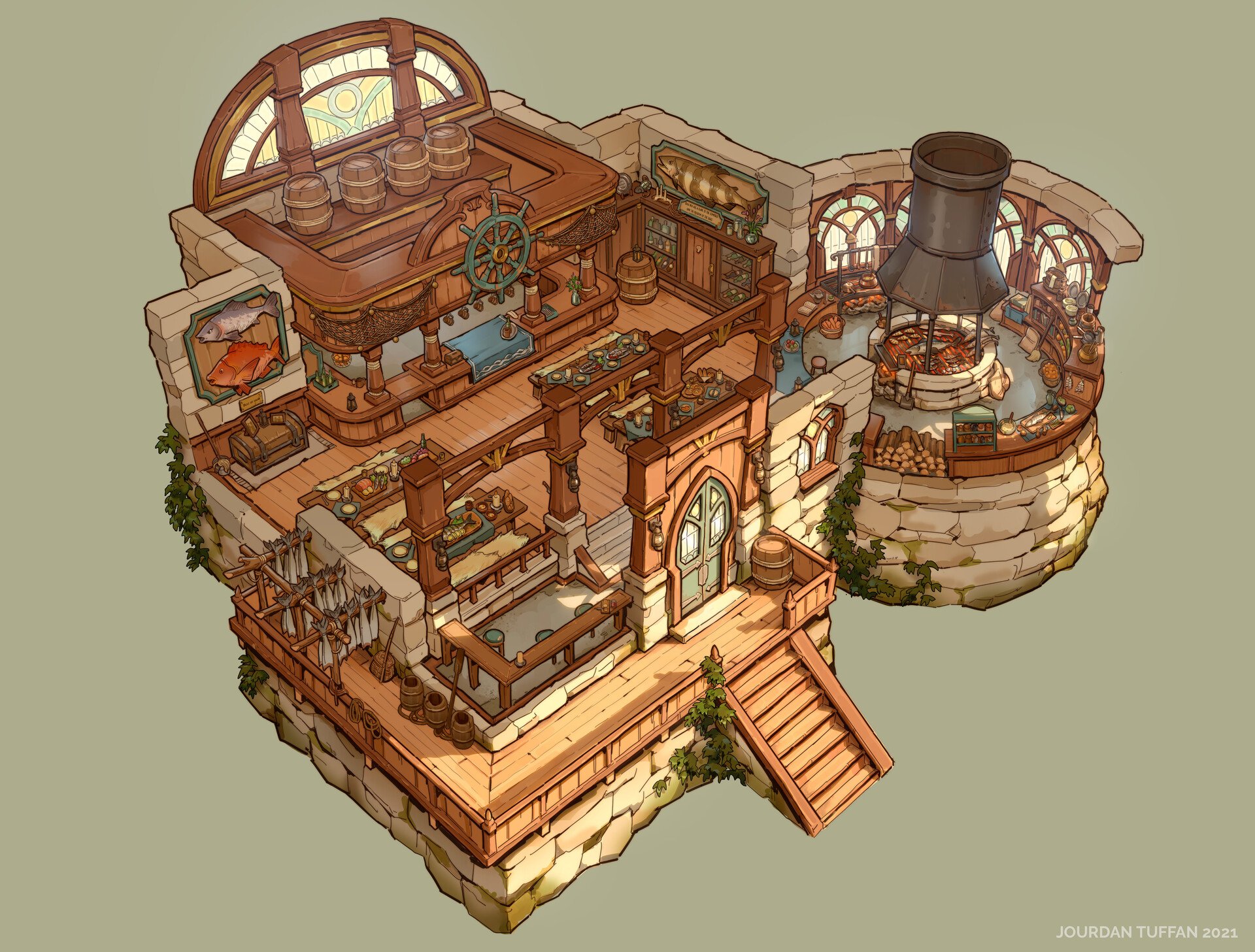 I've just started on it, so it is still in the beginning phase.

So the things that I have been doing up until this point are;
-Made a block-out, which I simplified after receiving some feedback at my first mentorship session. I tend to rush in a bit too much at the start, taking the time to do everything correctly was a good reminder.
-Looked at some style references to combine with this scene.
-Started on an asset list in the form of an overwhelming spreadsheet which I won't bore you with. It gave me a good look at the scope of the project.
-Did a simple material breakdown.
-Applied some more feedback and tips such as matching the background color with the concept, changing the lighting and adding ue mannequins for scale. 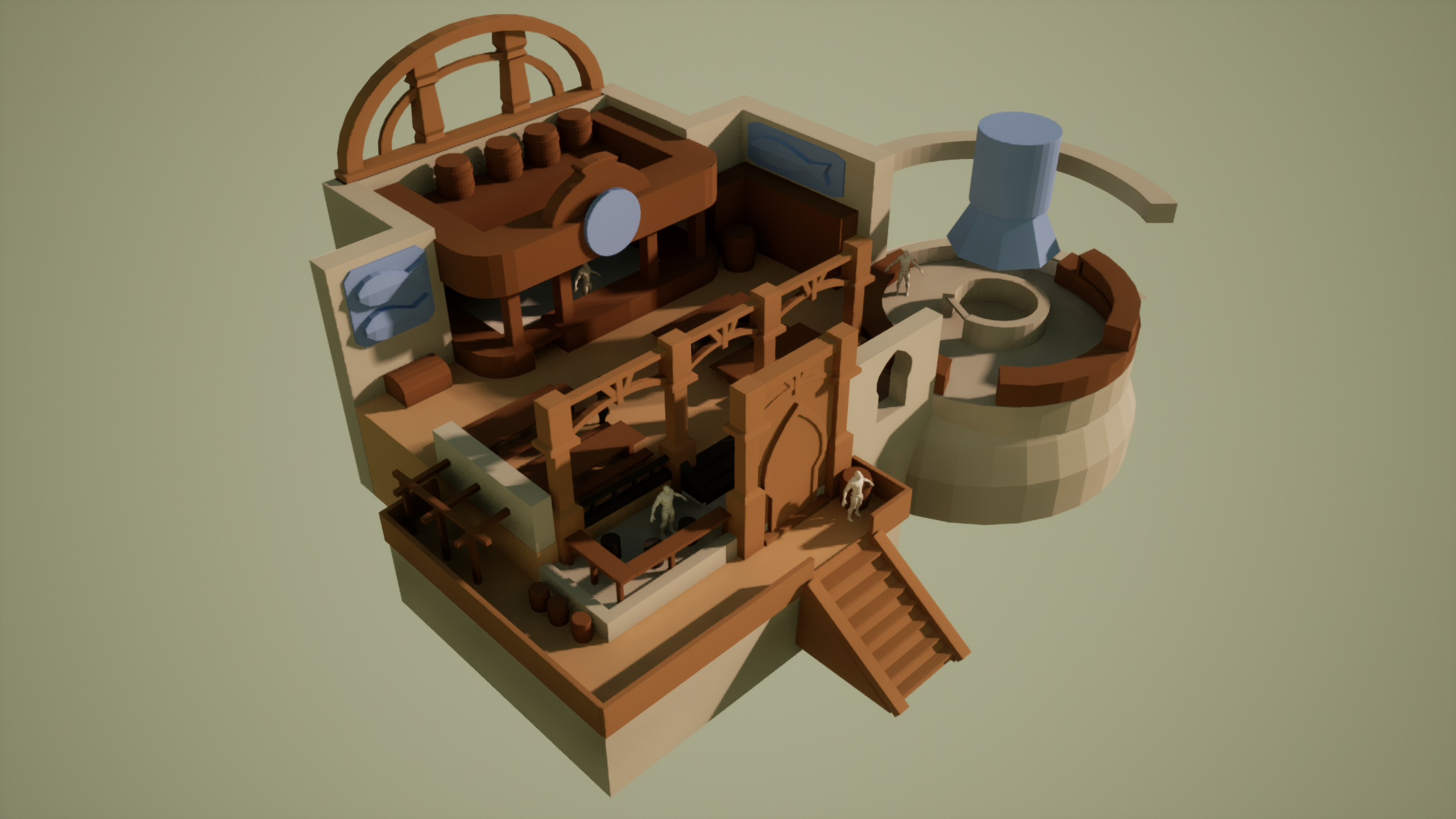 [The block-out in unreal] 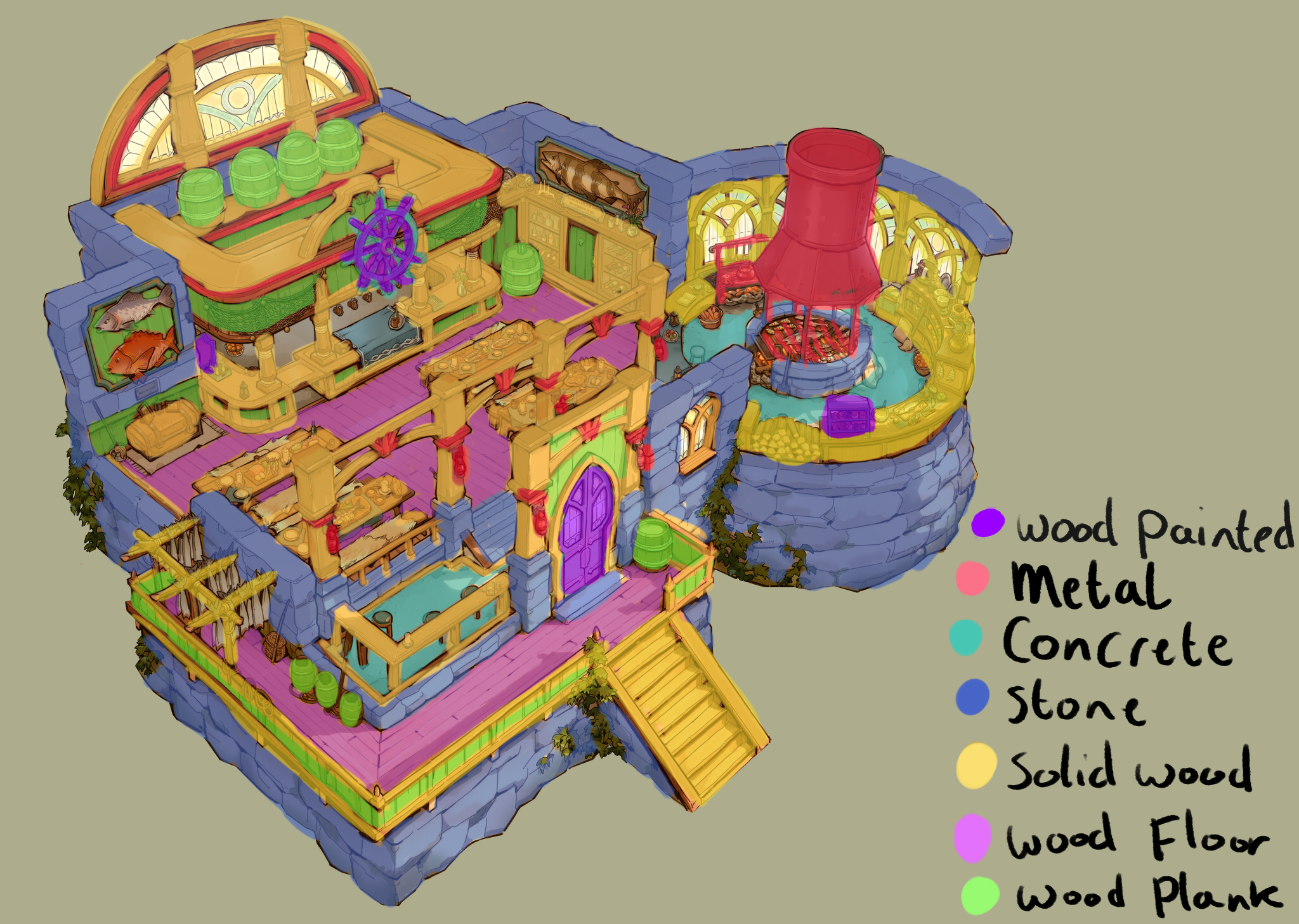 [Dirty material breakdown, might not look visually pleasing but it gets the job done!]

In my second session Lucas and I discussed the materials a bit more and went into trimsheets. He showed me some of the basics, since I'm not too familiar with them, but also helped me with thinking in a more modular way. With that I mean not seeing things as an individual texture but looking at all the assets that could benefit from a trimsheet/tileable.

So for the upcoming week the plan is to make some first iteration tileables and a trimsheet. They don't have to be pretty. I just need them there to visualise the scene more. I tend to iterate on one job untill I'm satisfied, so I'm looking forward to taking this approach instead.


This was it for now. I'll try to upload weekly or atleast when I am making some good progress. Don't be shy to share your thoughts or feedback with me! :^) Cheers!