How can I get a mask from tile sampler?

First of all. is there a way to get a mask from sampler? I can crank up levels on sampler result to get a mask, but it will "grow" and have nasty rough edges. Solution I'm sticking with at the moment is leveling each leaf and then using copied sampler with those leveled leaves plugged in to have exact same pattern/distribution in mask.
Though, this approach has its drawbacks - each time I change something in original sampler, I have to copy it and replug all those leveled leaves again. Which is already inconvenient and will get even more annoying since I want to use 3 different samplers mixed together with height_blend. So I would have to juggle 6 samplers in total(3 for main pattern and 3 for corresponding masks).

What would be a best way to go around this? Is there any "native" solution to get a mask from sampler? Or maybe I can wire 2 samplers together with some scripting/function voodoo magic? 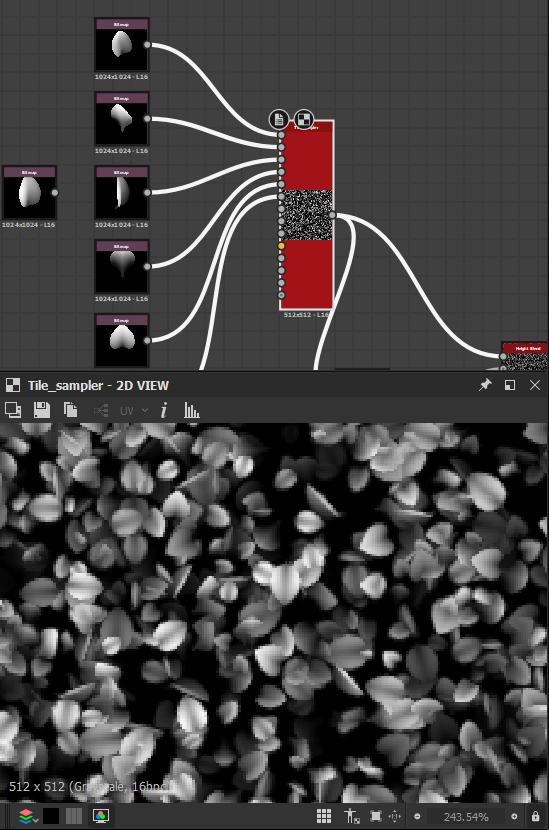