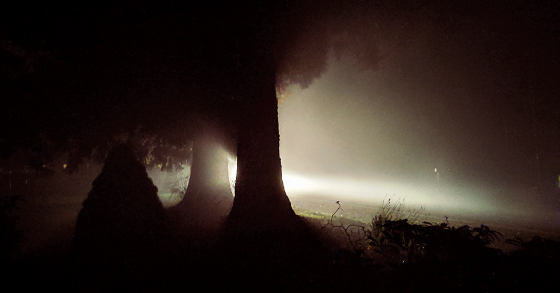 (SCROLL TO THE BOTTOM FOR FINAL UPDATE!! PROJECT IS FINISHED!

Hello Polycount! I am new to this site and working on my first environment. I have really been trying to stay consistent on this project. I am still in the blocking out phase of my scene. I'm currently trying to nail down the composition and most basic lighting before I move onto actually modeling each asset for real and texturing/polishing it. These are all currently placeholders. I am heavily inspired by the look of GTA V, and the GDC talk Rockstar did on spatial cinematography in their environments. I already have some layout changes I want to make to the storefront and parking lot space, but I wanted to get feedback on how I can improve my overall composition to do a final pass on my layout and move onto the next stage! I'm really excited to hear back and looking forward to your critiques! (BTW, I'm planning on putting most of my effort into the storefront, pumps, and parking lot. The hill and tree will be somewhat important but I am trying to prioritize what gets the most detail. I'm really trying to push myself out of my comfort zone and learn/develop a bunch of new skills. I've never done vegetation before so it'll definitely be a fun challenge to do the different trees (also this is my first UE4 project. I played with Unity for a while but I am pretty new to Unreal. Really liking it so far!) (The vehicles are from the UE Marketplace as I wanted to quickly test if they'd scale well with my scene (not a vehicle artist). Also the grass isn't mine either, but the final piece will only have vegetation that I successfully learn how to make and well.) (I will keep updating this post over time)
(12/13/21) Looking back, I was pretty naive and overly ambitious thinking that I could do mostly everything by myself like that. I had to use paid foliage because I have no experience with making it let alone making it look good which is super tricky and I am supposed to focus on the gas station, not the foliage. I wanna learn foliage one day but on another project. I will definitely take some online courses on making foliage in the future.) 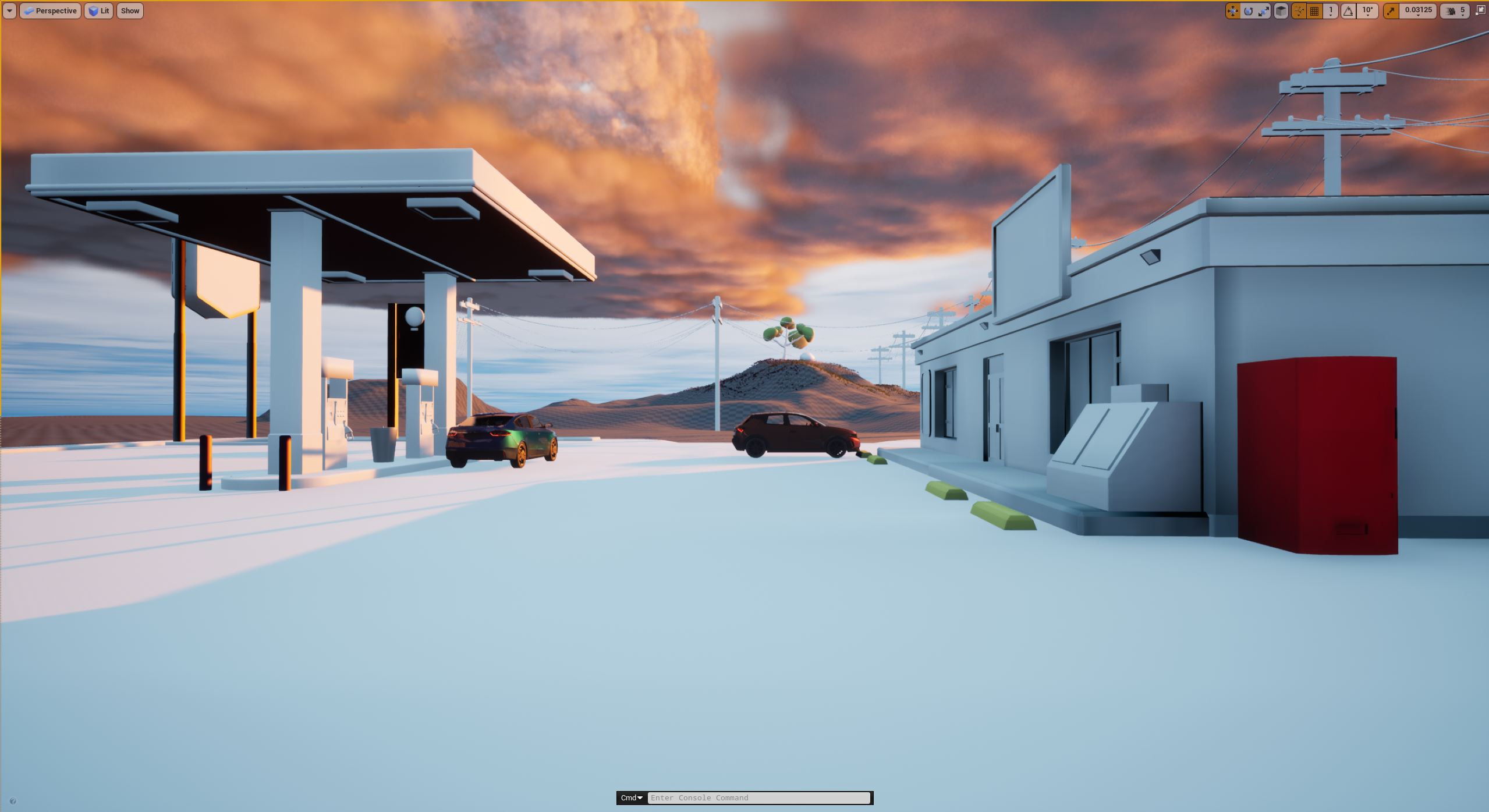 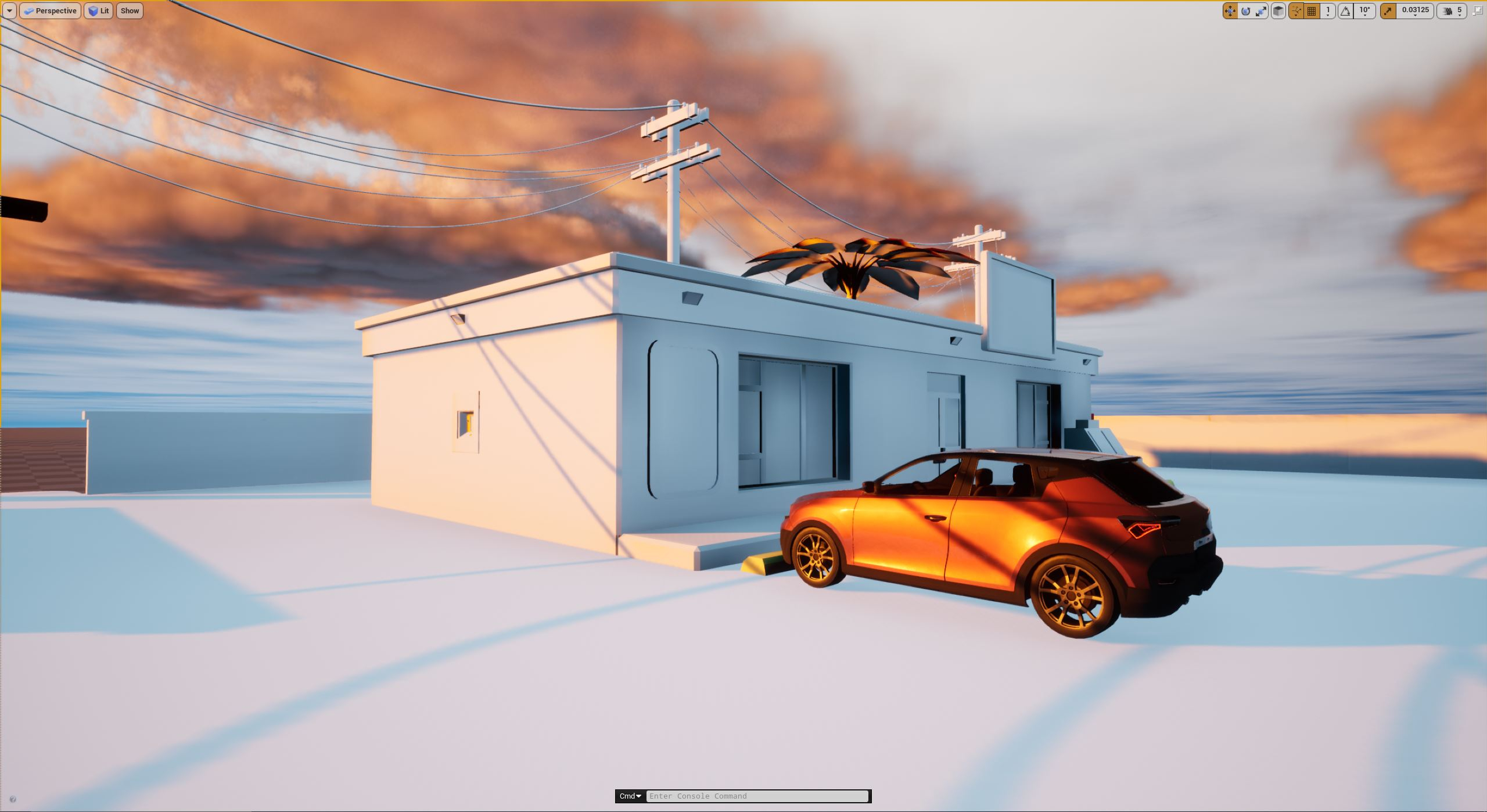 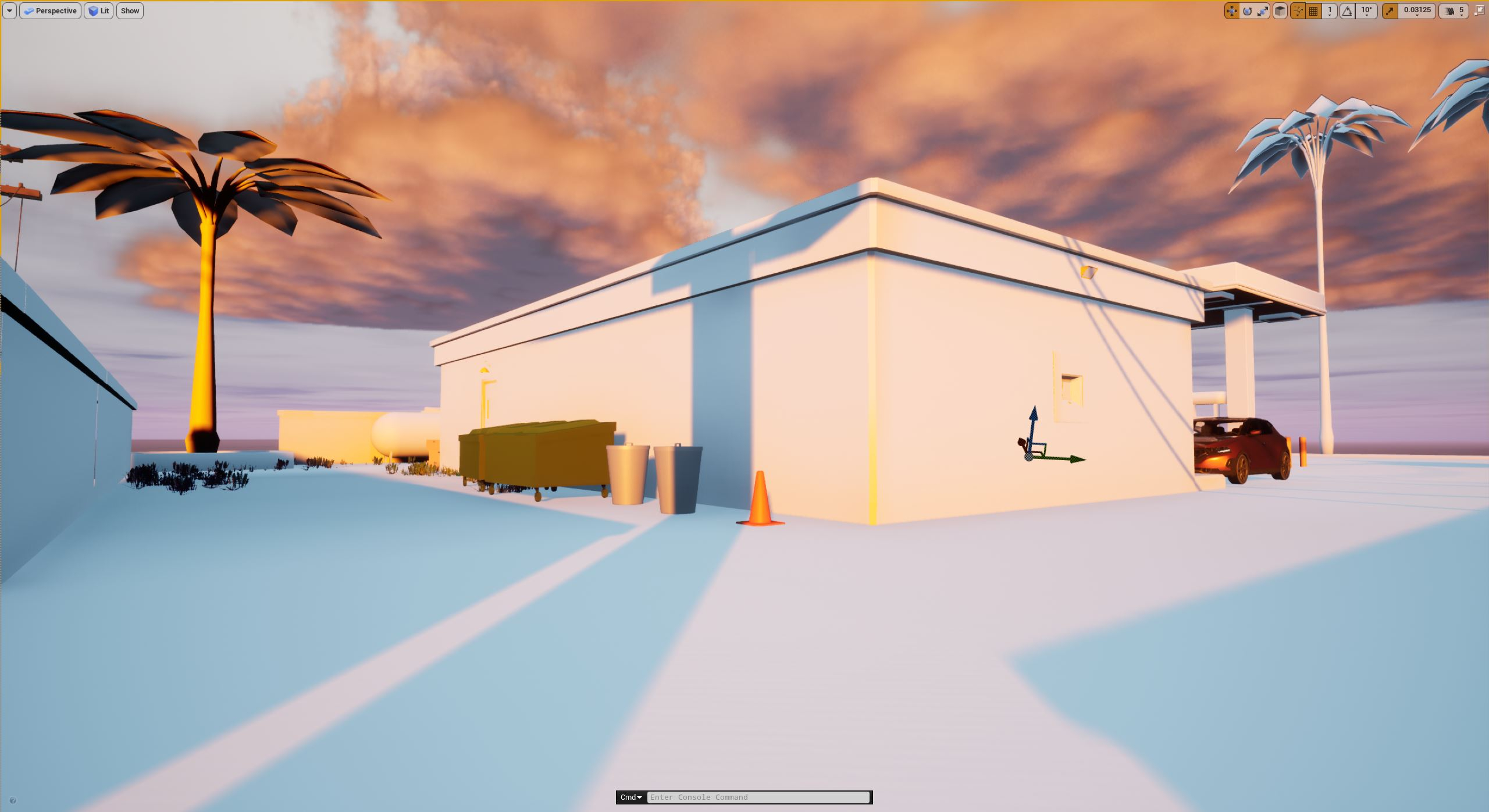 I'm thinking of lowering that ATM on the wall as it's a little too high up right now. Also maybe adding some stuff on this side to make it less empty feeling. 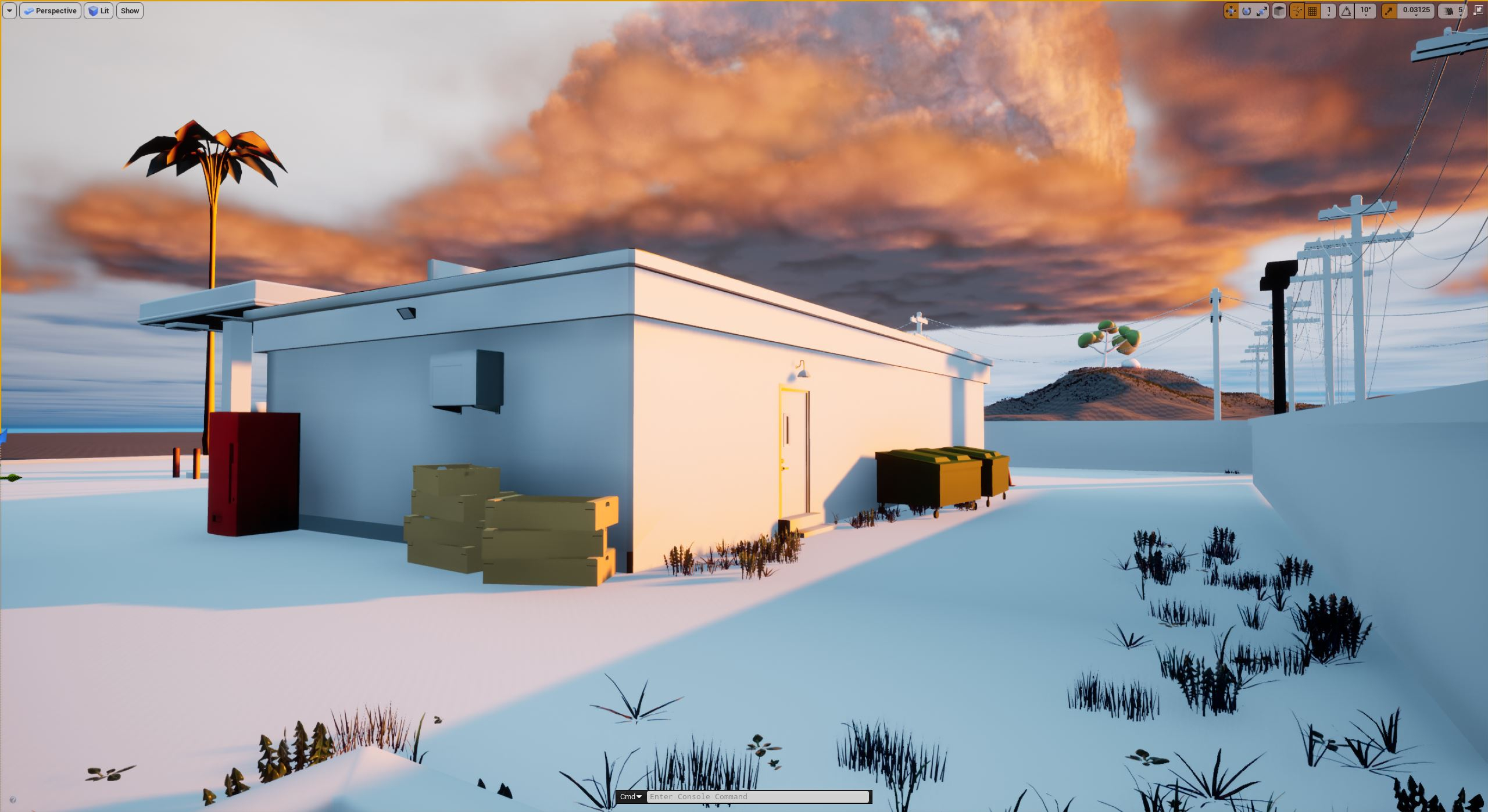 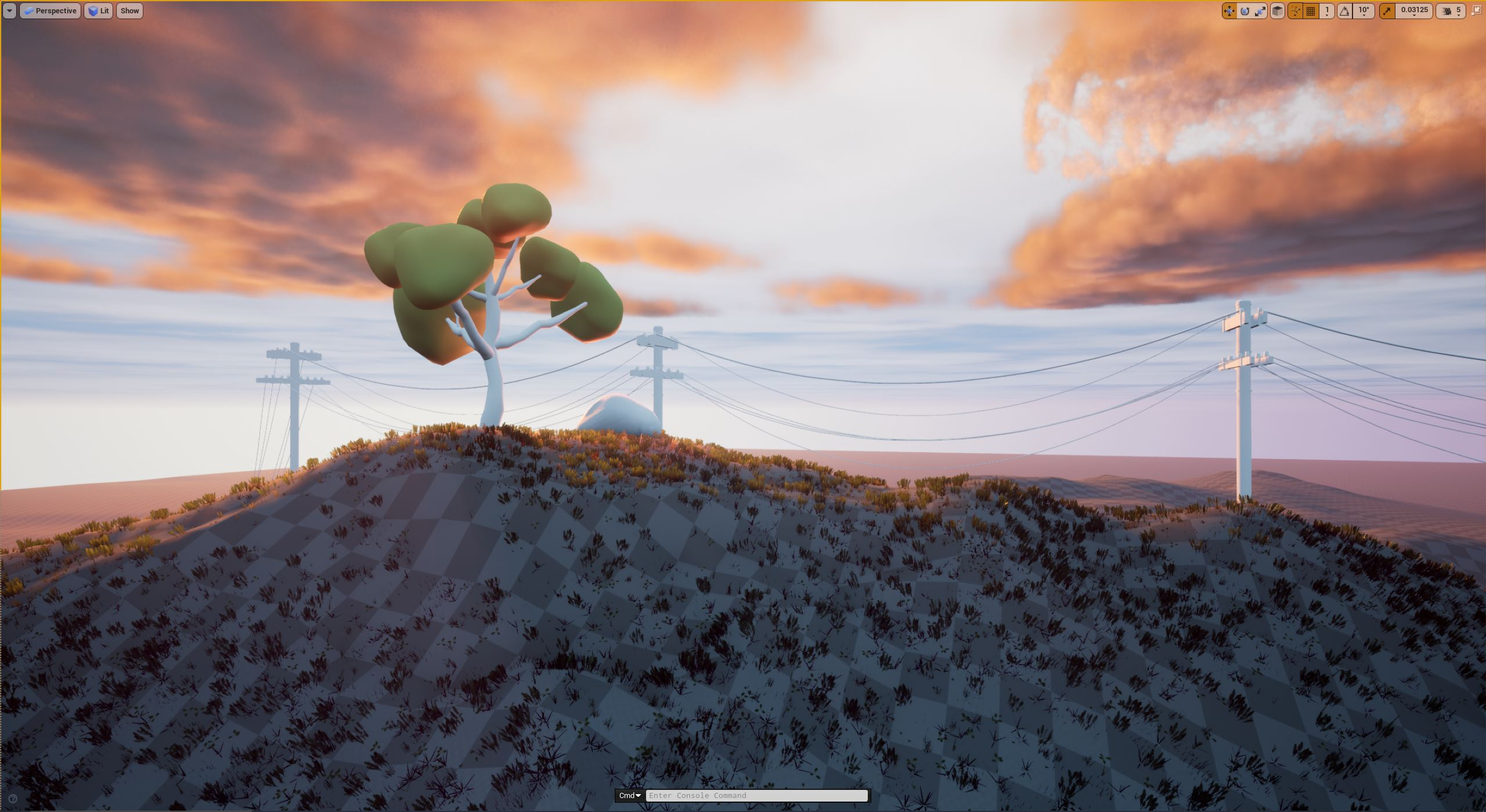 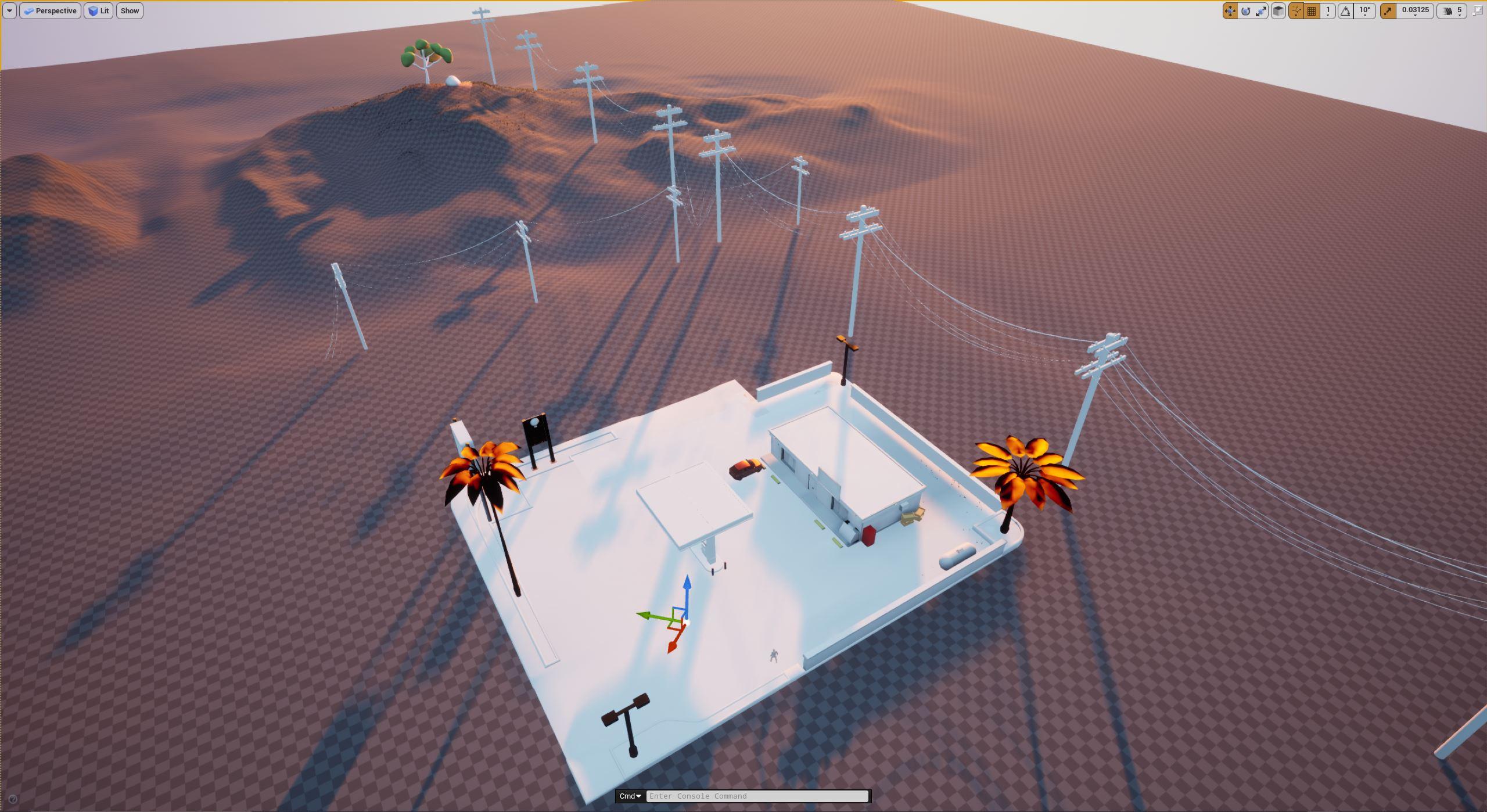