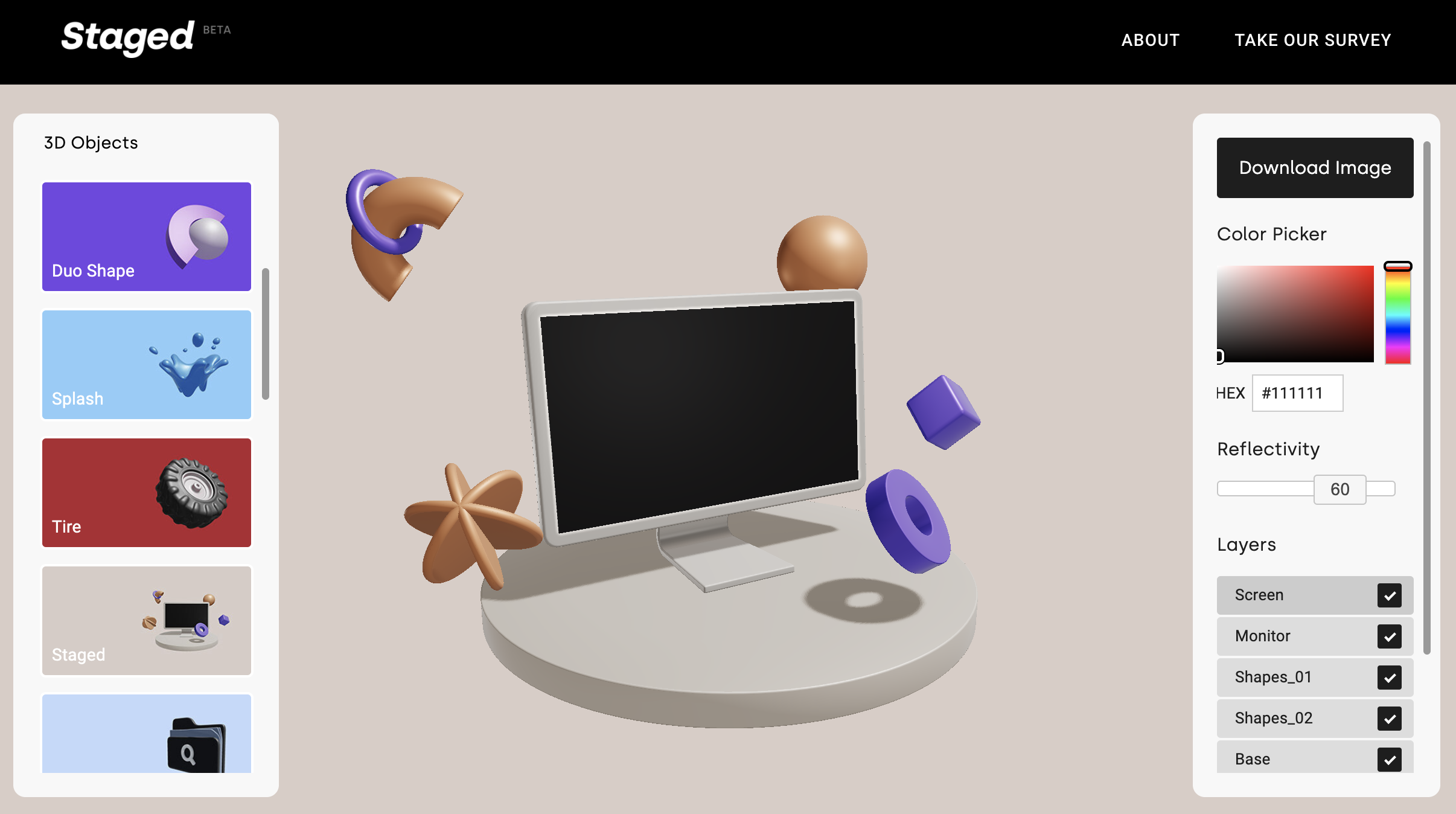 Hey guys, I'm developing this web-based app where you can start your work from a pre-made 3D model and export a high-res .PNG file. It's still a very limited prototype for testing.

I'm looking for feedback to help with future iterations of the app. There's a survey on the page for those who want to help me with the research.