omer_s
polycounter lvl 4
Offline / Send Message
omer_s polycounter lvl 4
Nov 2020
Hi there, I'm trying to up my skills as a character designer, I'm trying to do a new self project of Egyptian deities as heroes in an Overwatch style (as much as I can).
So far  I Have done Anubis  which I feel like i rushed a little bit (and which I'm planning to revise), and Working on Bastet/Sekhmet atm.
does this convey more or les an Overwatch-y style? asking mainly for Bastet sketches, as I guess Anubis is a bit less.

oh another thing i decided is to revert to animal head+human body, so i dont have furries as heroes :P (part of the reason i want to revise Anubis)

Bastet Ideas:
She is a healer/dps. Bastet is a cat-head human-body Deity of protection, but can turn also into Sekhmet which has the head of a lioness and can wreak havoc. i thought to combine those elements as Healer/DPS (similar to Moira in Overwatch).
1 side is supposed to represent the healer side, the one with the "weapon", and her other side is supposed to represent the DPS side, the mechanical dangerous arm.
Her weapon is a Sistrum (which i havnt fully designed yet), its a musical instrument that is played by shaking, i thought she could have 2 orbs of healing like Zenyata to attach to 2 team-members and heal them when shaking the thing (and having aa cooldown).
range attack: the sistrum spins and shoots a projectile from the top of it after 0.5/1 sec of spining.
melee attack: higher dmg than most melee attacks (with a cooldown cost) with the mechanical arm

bottom line, does this convey an Overwatch style visually? thanks!

I have added some of the abilities I thought  for Anubis but they are likely to change, and I'm not a game designer anyway 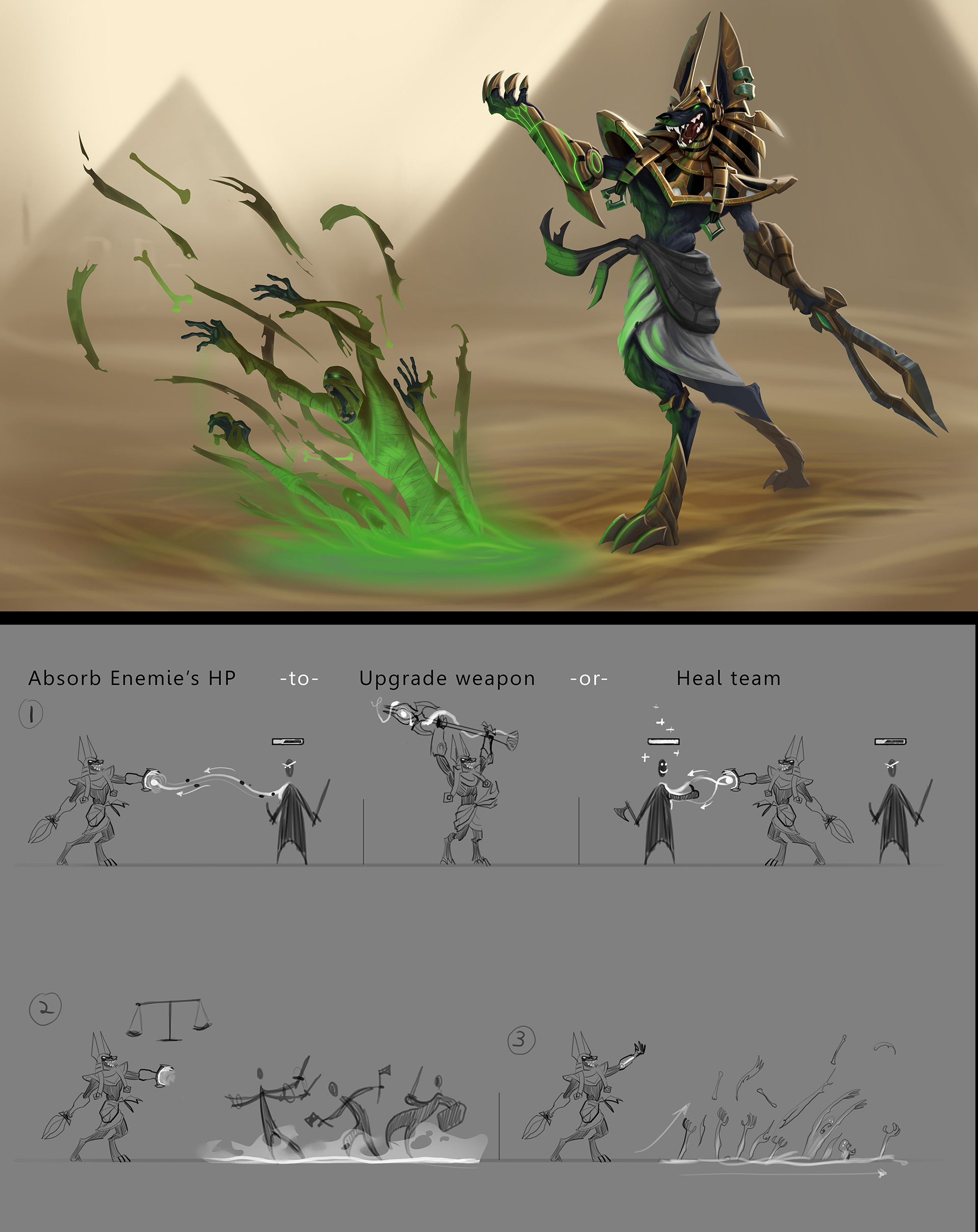