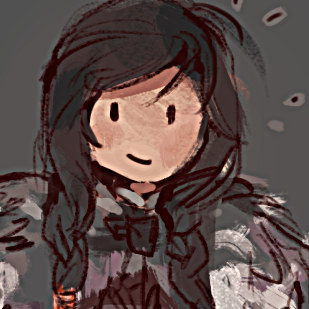 I've been testing the new real-time strand-based groom hair system and I'm thoroughly impressed by its performance—if it weren't for a tiny issue: The hair clips through the parent mesh as soon it gets simulated.

I don't know if it's a bug in my Unreal version, if I'm doing something wrong or if it has something to do with the authoring software and its alembic export.

I'm using UE 4.25.3 (can't update for a while due a project constraint). The test hairstyle was authored with Blender's 2.83 particle hair system, being exported as alembic file from there. To create it I imported the mannequin as an fbx, did the hair, selected the mesh and exported only it + particle systems scaled by 100, importing it in UE as a groom asset so only the hair was imported.

Besides rotating it upon import to correct the hair orientation the only change I did to UE's default import settings was checking the option to force children hairs to be influenced by a single guide to reduce the chances of curls falling apart during simulation. I created a Groom Binding for the Groom asset and everything seems to work as expected except for the lack of collision.

I tried to tweak every groom setting I could think of. Googling it turned up few results; one of them suggested fiddling with the character capsules, which also didn't help. Any tips?
0 · Share on FacebookShare on Twitter
Tagged:
Sign In or Register to comment.