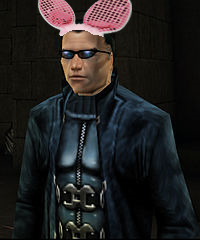 Cirmius
node
Offline / Send Message
Cirmius node
Oct 2020
Hi!
I made a simple animation for my vehicle in Blender. I have two main problems during import process:
1) The orientation of model is different than in animation. The animation is ok, but the model lays on the doors. Should I change something in export what is forward, or just rotate the model?
2) There's a scale problem, the model is in normal size, but animation is tiny. I tried to set unit scale to .001, then multiply the size of model and animation by 100 as some post in this forum suggested, but it generates another problems (animation becomes bigger than the model). Changing the name of Armature for anything else solves the problem. What the hell?
And there's the third thing with the least priority. All animations are assigned to one rig/armature, so launching the animation in Unreal Engine makes the all doors open and wheels to rotate. Can I do it in Unreal to open for example just two doors (launch the animation in two bones)? Not by blueprint, but by animation sequence
0 · Share on FacebookShare on Twitter