Scotty_Did_Does
Offline / Send Message
Scotty_Did_Does
Sep 30 2020
So I'm working on a character that carries a big gun, I've weighted the weapon to his right hand so it follows his hand/wrist movements but as the image shows I've got some serious clipping issues when he holds the gun or raises it to his shoulder. Is there any way to fix this? I was thinking it might be more of a case of how the gun is shaped.
I'm hoping that resolving that will help me with other issues like how the right hand doesn't follow the gun the way I want it to when I animate. 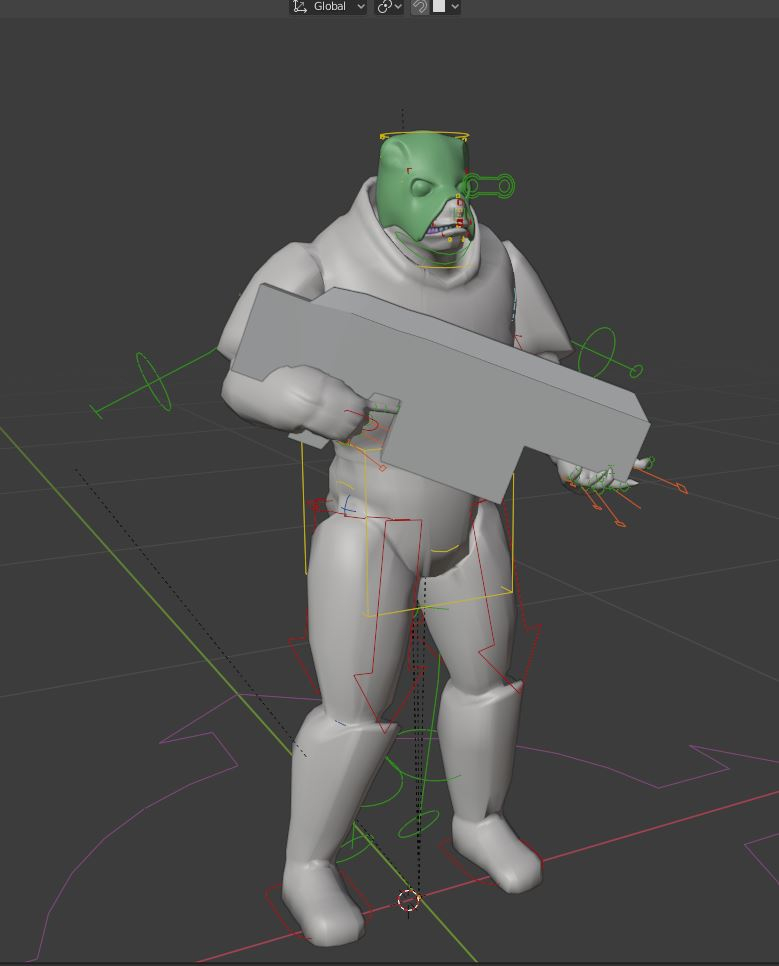