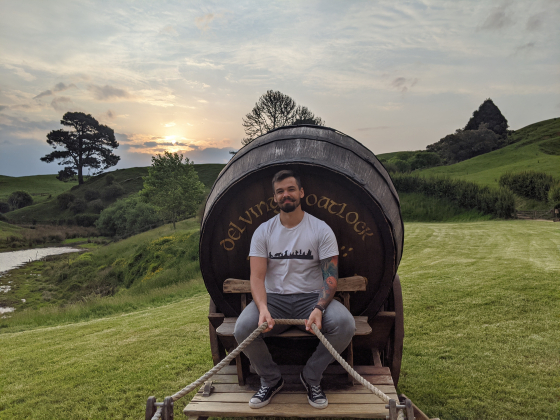 Well, after much amazing feedback and some work, I am happy to announce that I am done with this piece. There are no doubt things that could be improved, there always will be, but I believe that the work now reflects my current skill level and I hit a point of diminishing results in terms of how much time I put in vs the difference it makes. I think I've gone quite a long way from the bland mid way screenshots I started this thread with, and even further considering the original piece (it was god awful..).

This was my first post on Polycount and you people are the most welcoming and helpful buch out there, kudos to you!

More on my Artstation 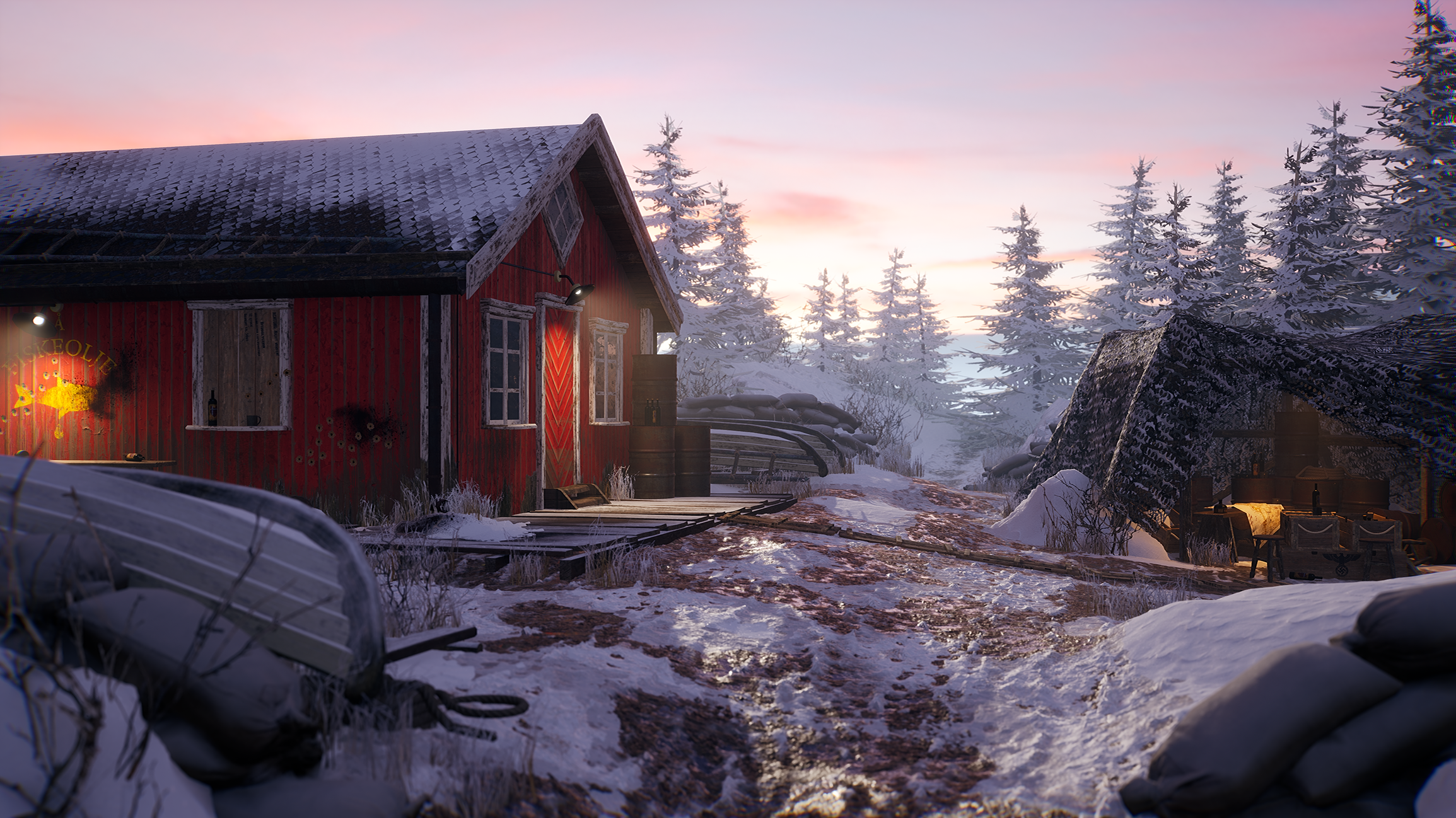 I've recently started seriously working towards a career as an Env artist, I am self taught so did not have much in terms of school/work experience in this field. With that came a couple of art tests (that I failed). This one was the 1st I took (studio asked to remain anonymous). I had 3 days, and managed to scrape the lower images together. Since the studio does not give feedback, I had a critical think about what I think went wrong, and decided to continue working on it to hopefully turn it into a worthy portfolio piece. I think I'm at a point where feedback is crucial, as I'm starting to slow down with progress. Save for the sand bags and rocky cliffs, I've made all the models, textures mostly from quixel with some adjustments in mixer/painter

Your thoughts on the scene would be much appreciated. Of things that I yet need to add would be a few dry bushes here and there, and some dried grass on the roof and scattered around. A few wooden crates to make the storage area more interesting.

Things I've changed since the original submission:
- Picked ONE camera angle to frame the scene
- Changed the lighting, colour, added backdrop (originally it was super flat as it was not a criteria)
- reworked the area behind the house to create a bit of a point of interest
- re-built the house and made it modular
- Eliminated several tiling texture sets for 1 trim
- Packed all my decals to RGB textures/trims
- reworked the snow material/teselation 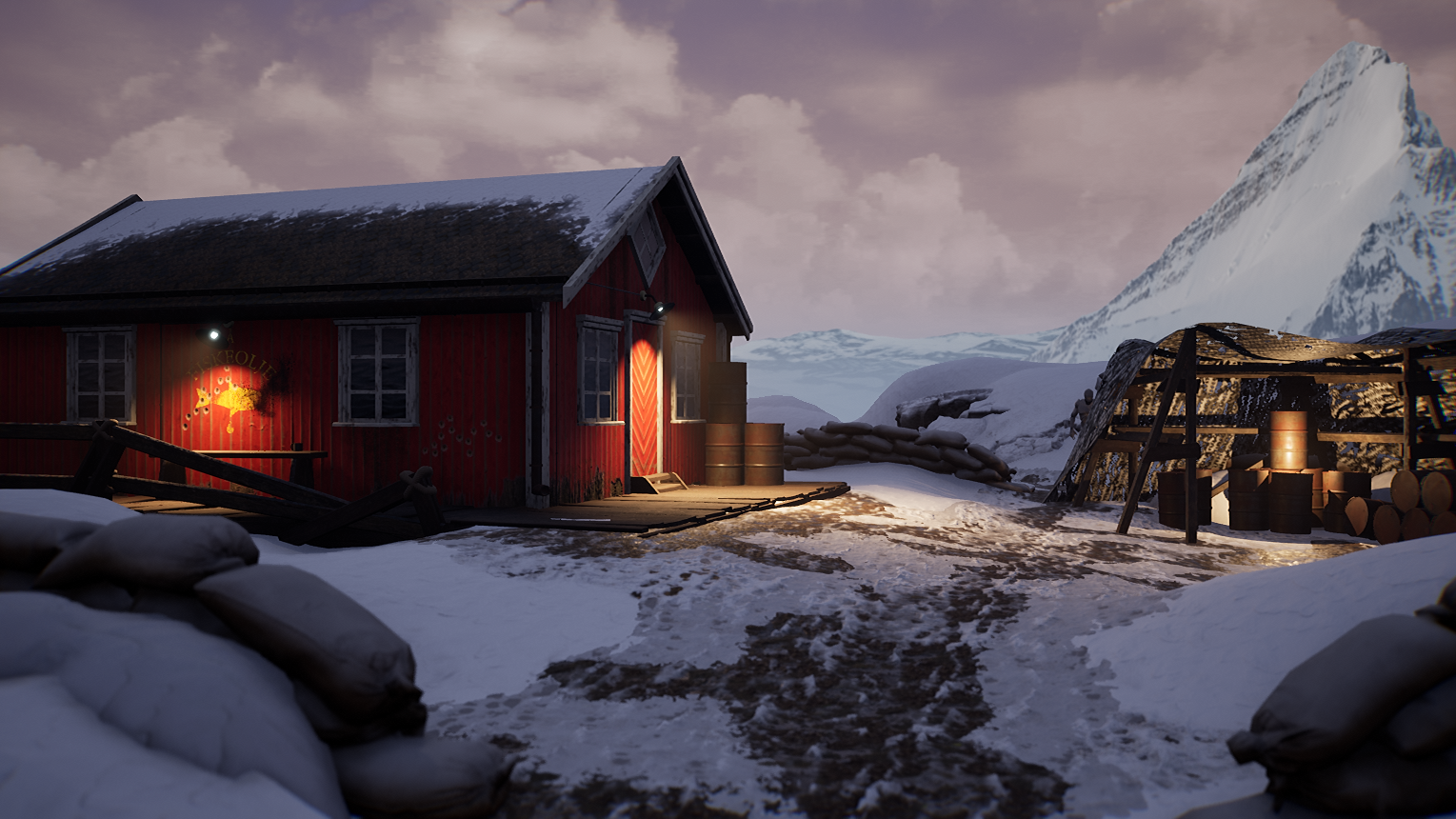 These are the "old" shots, that were submitted for the test: https://drive.google.com/drive/folders/1WIpVOE6SeP2PXfk2ELu_tXJt5GiBcuMI?usp=sharing 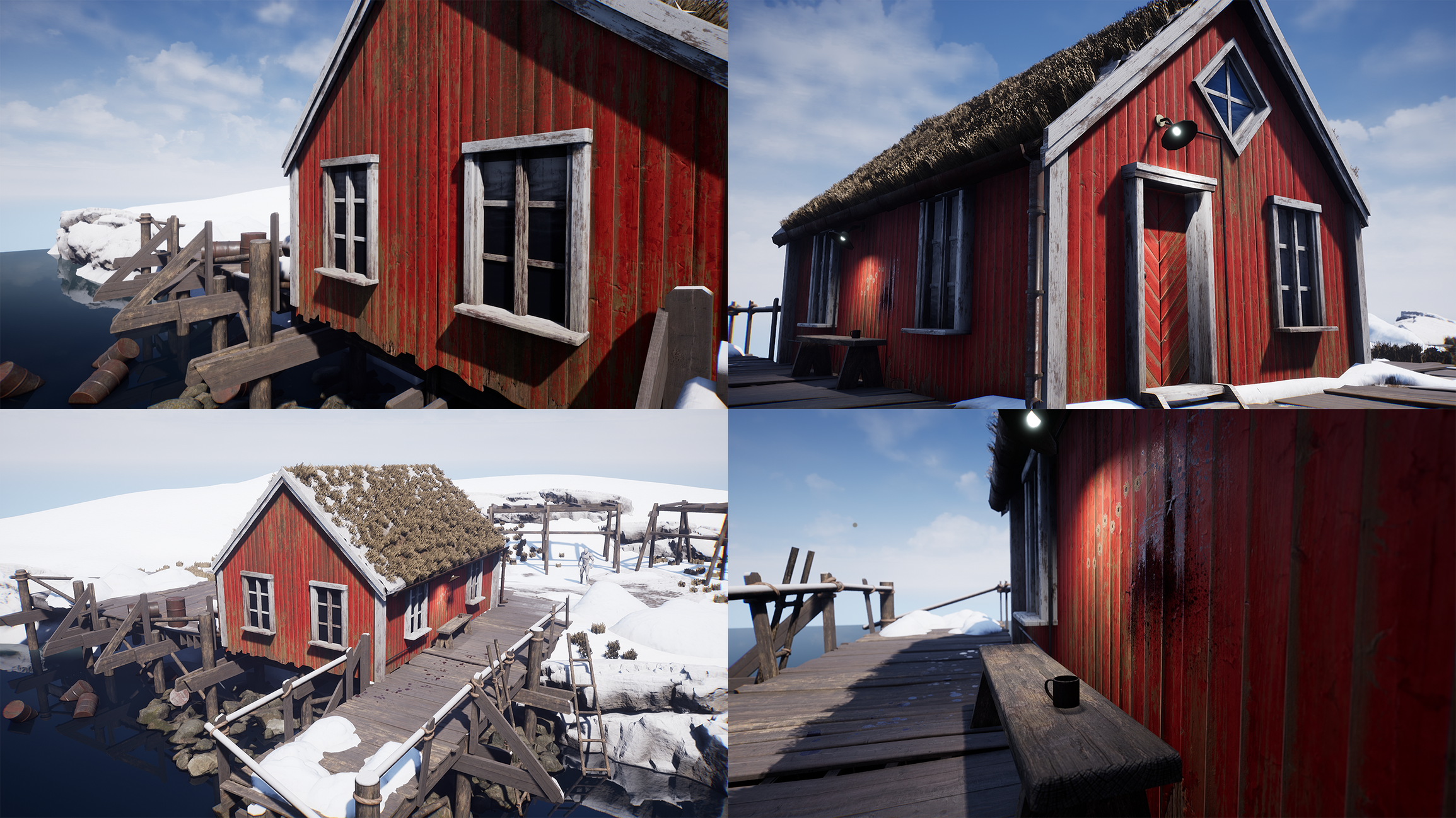