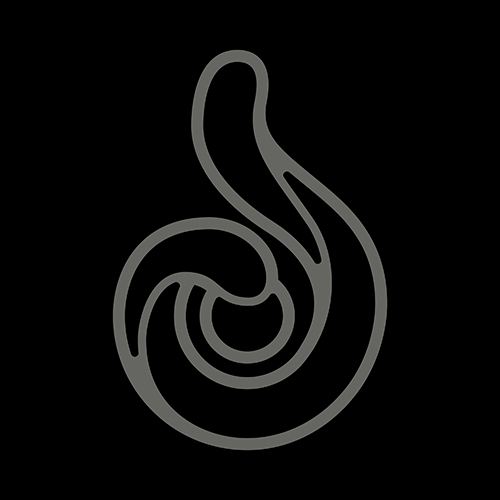 Ignatius Reillius
polycounter lvl 6
Offline / Send Message
Ignatius Reillius polycounter lvl 6
Sep 2020
Hi there!
I am Ignatius Reillius, a 3D artist from Barcelona (Spain). This is my Instragram.
I am creating this topic to share my work in progress of one of my current personal projects.
It is called "Zombie Nation", and it will be a kind of a retro fake videogame intro/animation videoclip made with Blender.
The song I use on it is "Zombie Nation" by Henry Homesweet, and he's more than pleased with this project. 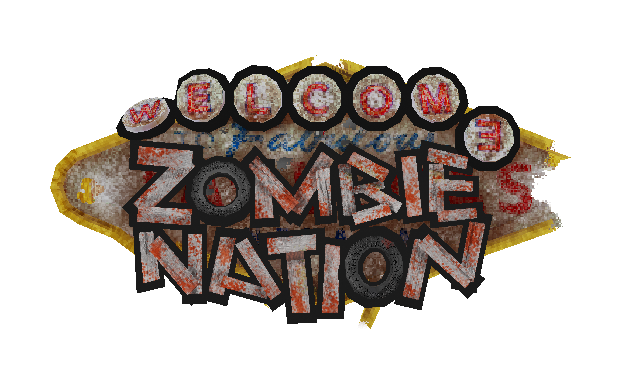 Logo, still to be improved. Turnaround here.
Basically, it is humans fighting against zombies, or vice versa. Pretty simple. Humans are inside a bunker, zombies are getting close from outside... War is comming! 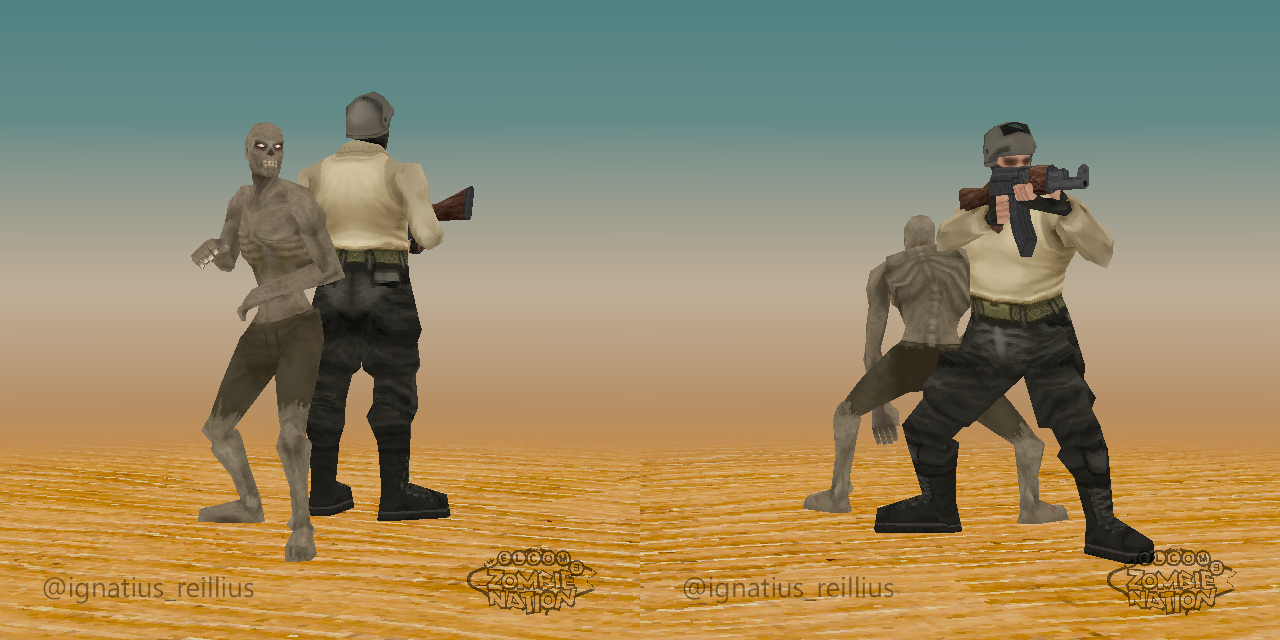 See here a turnaround of this lovely couple
The point is that the animation resemble the PSOne/N64 era, so it is low poly styled with low-res and no filtered textures, no antialiasing and jagged sharp edges. Who doesn't love pixels? 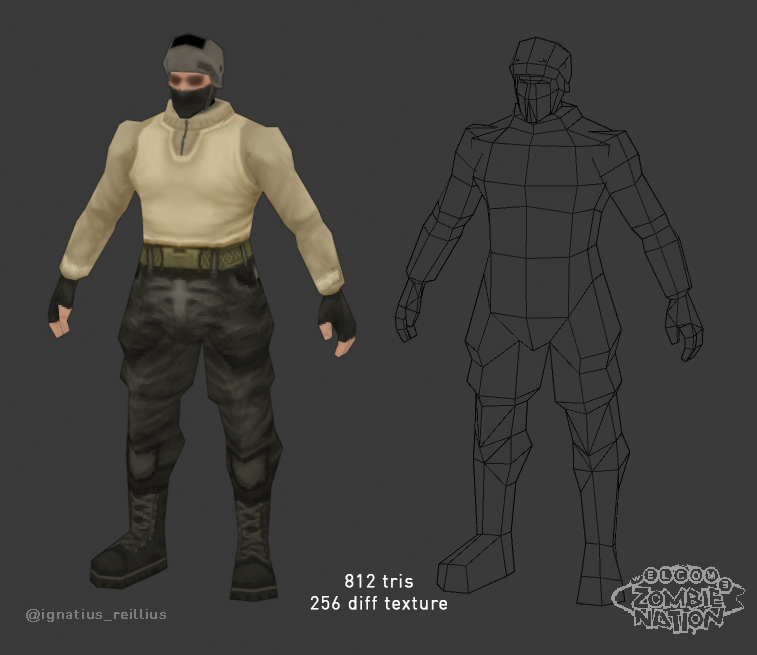 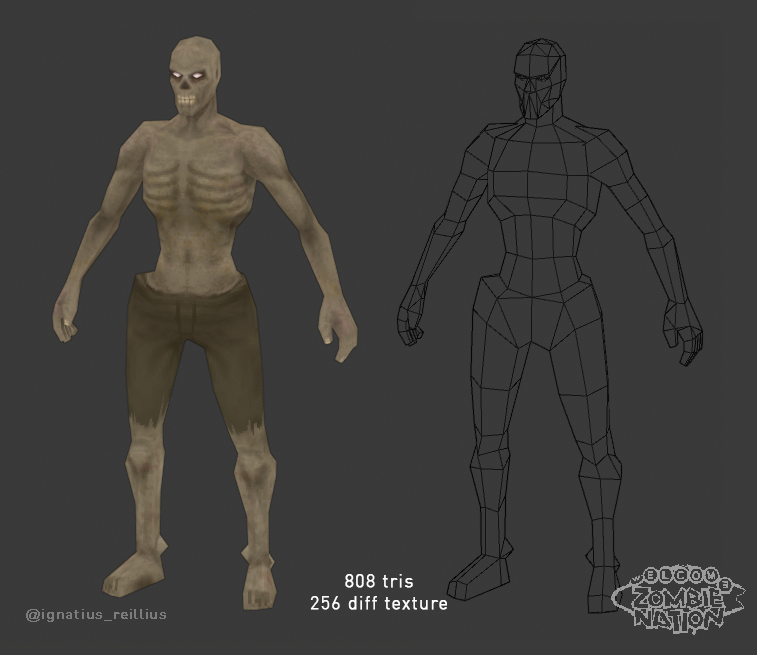 This project was inspired by the games I played in my childhood, with my Nintendo 64 and (mostly) in the summers with my cousin's Playstation 1. 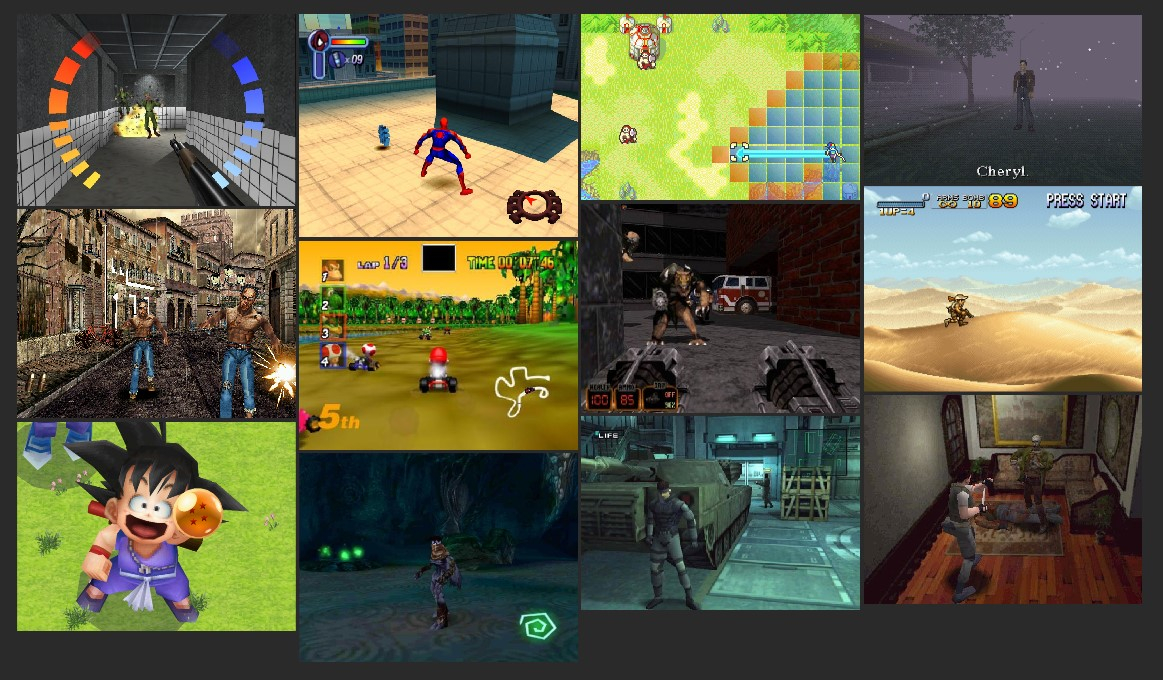 I've been working a lot on this project for almost a year now. I have already done the storyboard, 3d animatic and started the final animation. 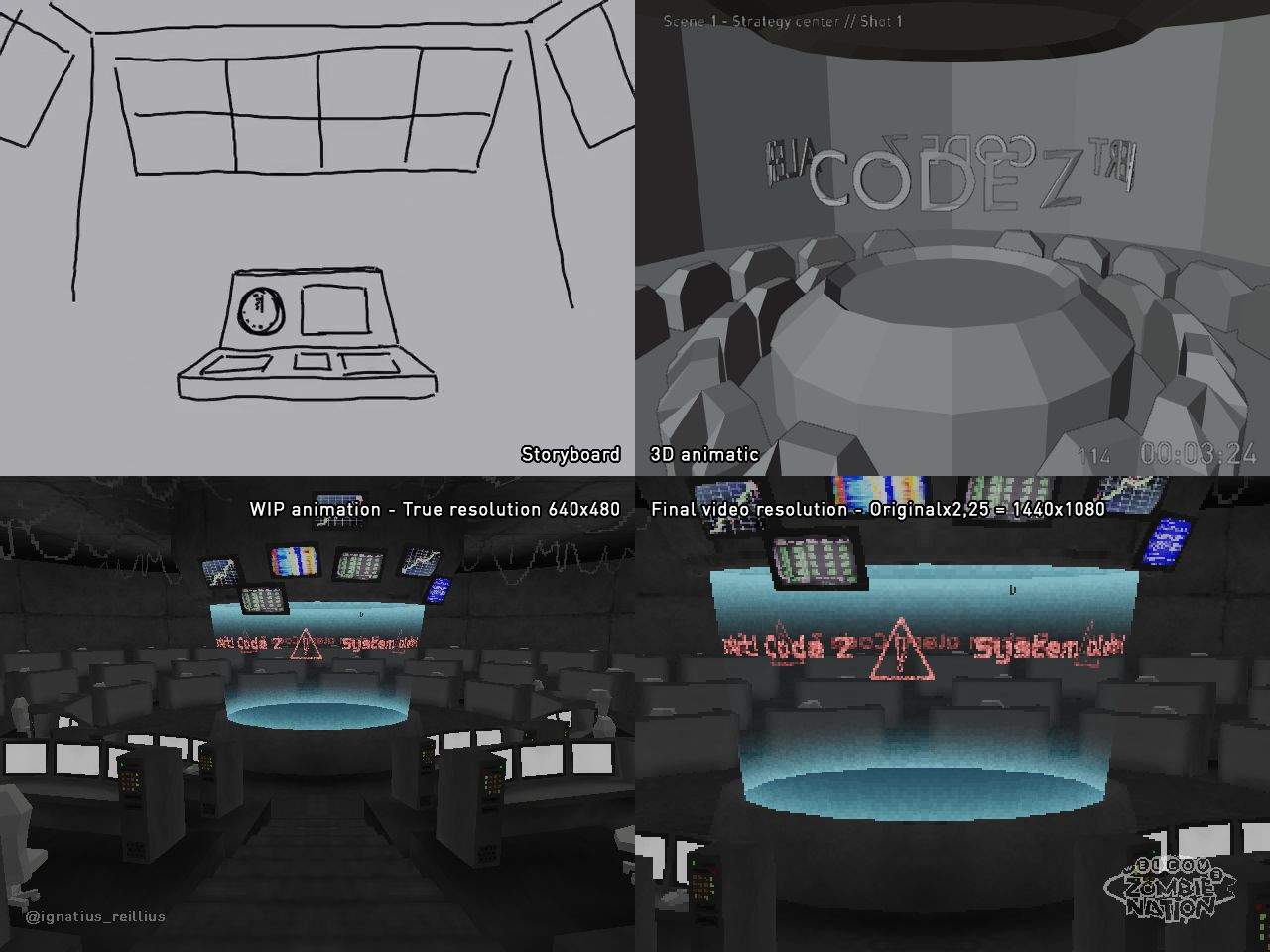 Composition of the storyboard, 3D animatic, WIP animation in true resolution and final resolution (November 2019).
See here an actual sneak peek
It's a huge project, only made by myself in my spare time in Blender, and there are so many things to do yet: Design, animation, modelling, characters, scenery, props, texturing, shaders... Everything but music is on me. 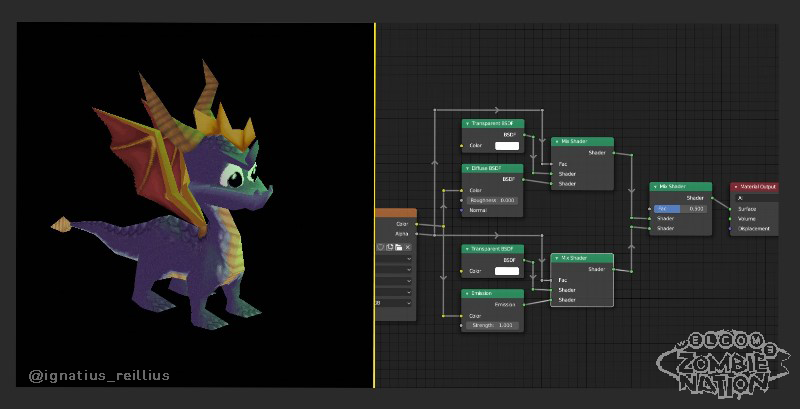 A PSX shader test in Blender
I hope this forum gives me enough motivation to continue and keep it up and even more.
Criticism and comments are welcomed! I hope you like it!