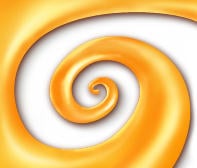 Curvy3D
Offline / Send Message
Curvy3D
Aug 1 2020
I've started using a workflow of Sketch & Sculpt in Curvy 3D 4.0 and render in Blender. As dev of Curvy 3D I've experimented with adding various rendering solutions over the years from raytracers to HDRI maps - but I've decided it is much better to focus on easy model sketching and export to other apps for rendering - in my case Blender's Cycles. I really appreciate Blender's hair too.
Curvy offers a simple curve based modelling and editing solution - using drawn curves to create Lathes, Slabs, Blobs and more, and also allowing deformations and arrays along curves. The pieces can be merged together and sculpted in Curvy, or exported to other sculpting apps. There is a free 30 day demo:
http://www.curvy3d.com
Here are some examples:
Some sculpting and even some simple hard modelling in Curvy. Basemesh and clothes sketched in Curvy Here is the character rendered in Curvy's realtime engine, the main difference is the hair that was added in Blender. Here are the original basemesh parts drawn in Curvy. For this model I just loaded up a sketch of the front and side of the character and traced each body part. The head is a sculpt from a sphere - similar to other app's sculpting, but a convenient addition to Curvy's sketch based primitives.

Character design was done entirely in 3D for this image. I sketched directly in 3D as I came up with ideas for this model. This is a fun way to work if you don't have to follow a reference image or don't have strong sketching skills. An early stage of development in Curvy before welding the parts together and adding details. This one reuses a base man model, with more detailed hands and a new head sculpt. So for hair and lighting Blender is a great addition to my workflow, and leaves me free to focus on sketch based modelling and simple sculpting tools in Curvy.
0 · Share on FacebookShare on Twitter
Tagged:
Sign In or Register to comment.