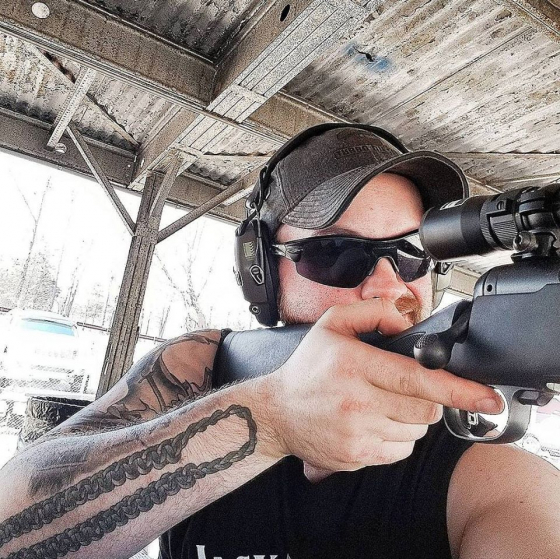 Boosted24v
polygon
Offline / Send Message
Boosted24v polygon
Jun 15 2020
Even though its the same gun, figured I'd start a new thread because everything before this is kinda irrelevant, we don't need to see that mess lol. I'd gotten just about to the stage of baking my low and high poly models when I saw Phoenix's finished Styer F90 rifle, which inspired be to do better. On my old model basically my entire "body" portion was a solid piece, the buttons and switches were floaters, detail was kinda low, even on simple things. So I deleted many of the smaller pieces and have been deconstructing and rebuilding the major pieces. I've learned quite a lot even in this stage, not long ago any kinda major change I'd scrap the whole part and now I've learned how to make big changes with out having to start completely over. Huge time saver. Although I've gotten 26 pieces currently modeled i'll show y'all a few of them (low poly at the moment) to get an idea, an as I start getting things into Zbrush for high poly smooth and polish i'll show off more of it. Lets be honest, we only really care about the high poly shots anyway, right?
So as I said before, my previous "body" was completely solid, minus the rounded portion in the from that the slide recoils into. Now its fully carved out, holes for buttons and switches an all. 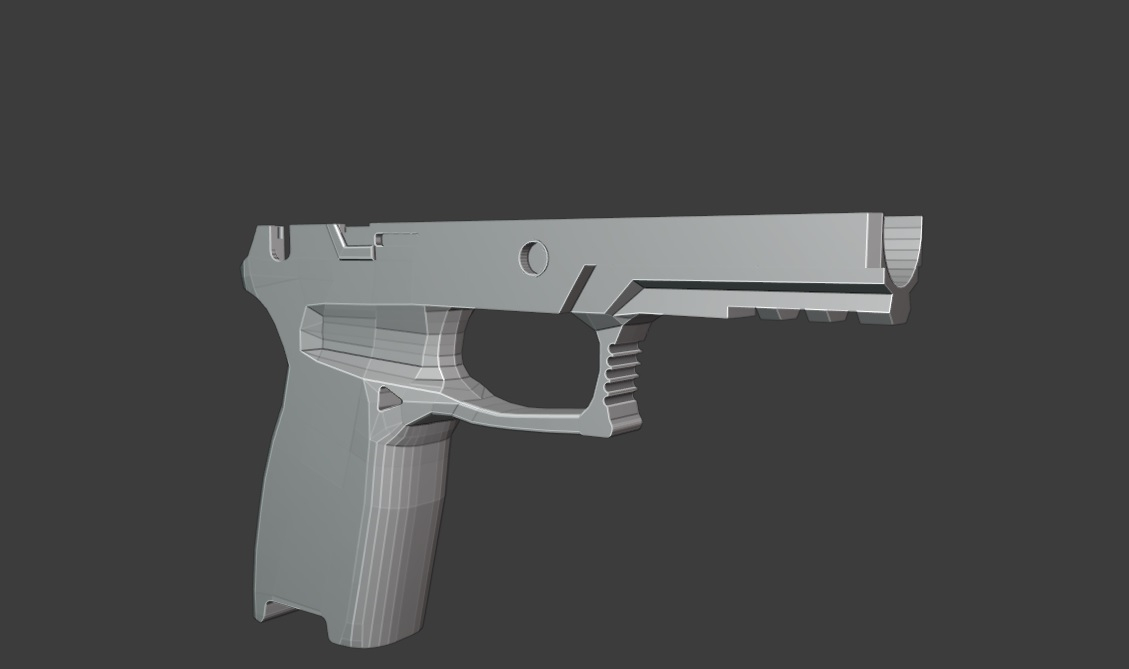 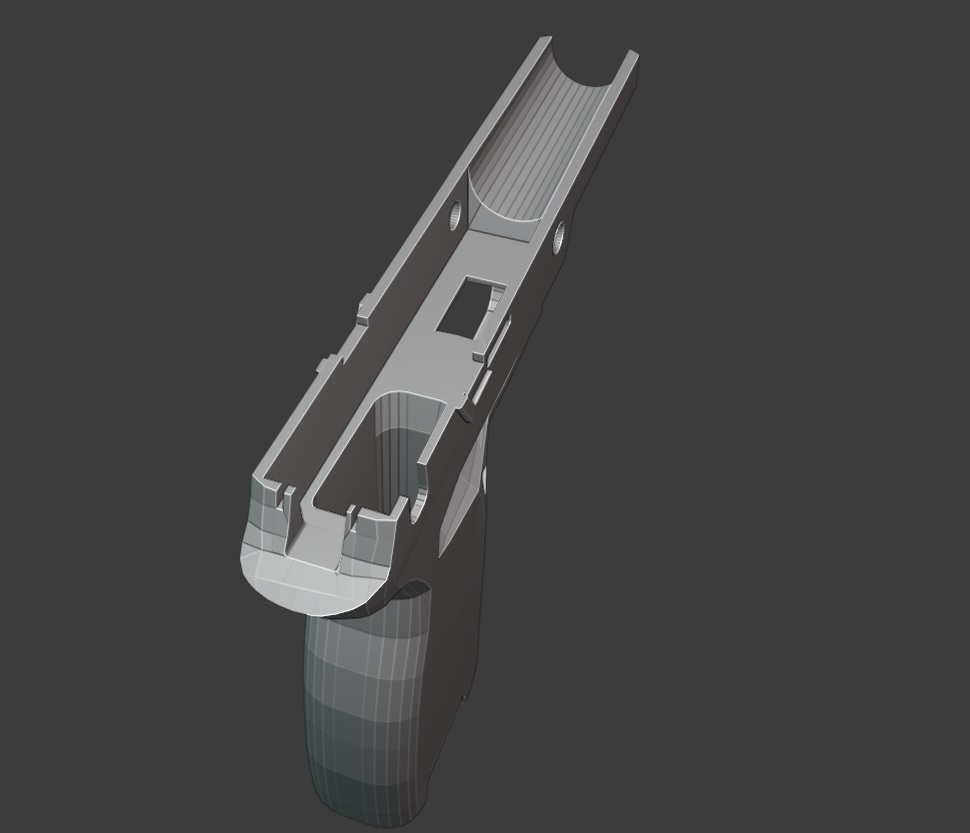 Also I'd been keeping it fairly "stock" in the past, but the P320 has an ungodly amount of customization options, much like an AR platform rifle. So I went with a Keres Dynamics trigger and magazine release button to spice things up a bit. 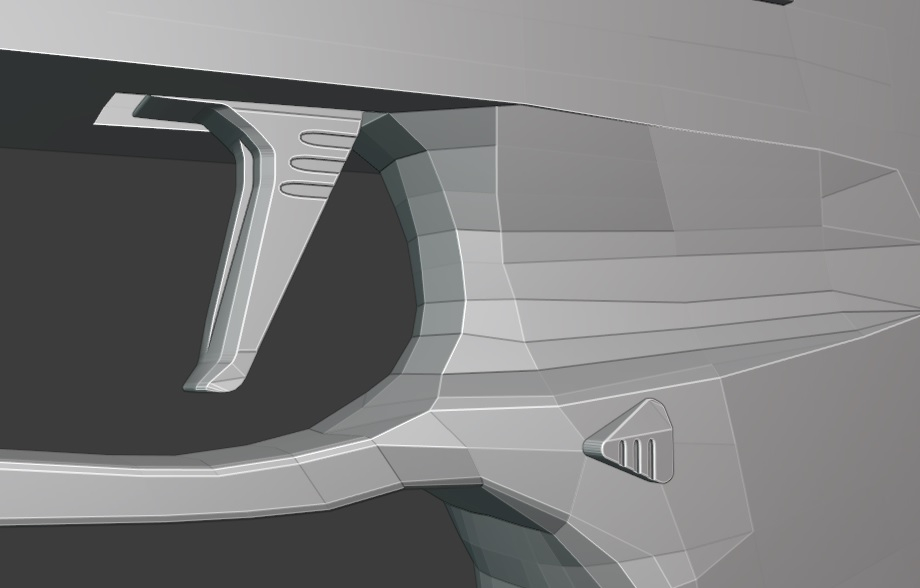 The take down lever is still stock, but much more detailed than the previous version, an fully modeled to pass through the body as it should in real life. 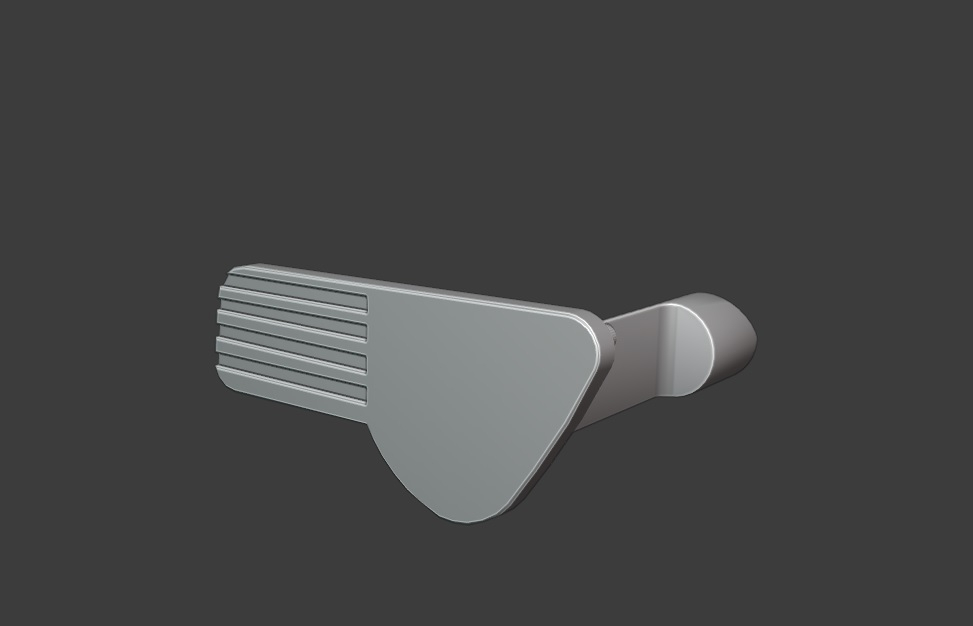 The slide was probably the most detailed part of my old model, but it was still mostly solid, aside from where the barrel and recoil spring went. In these pictures I've returned the slide to what I refer to as a "Blank state" Its the highest level of detail I can achieve before modeling a specific slide, whether stock, or custom. I've also added a lot of detail that wasn't previously there. For instance, the rail track on the bottom that the slide rides on. 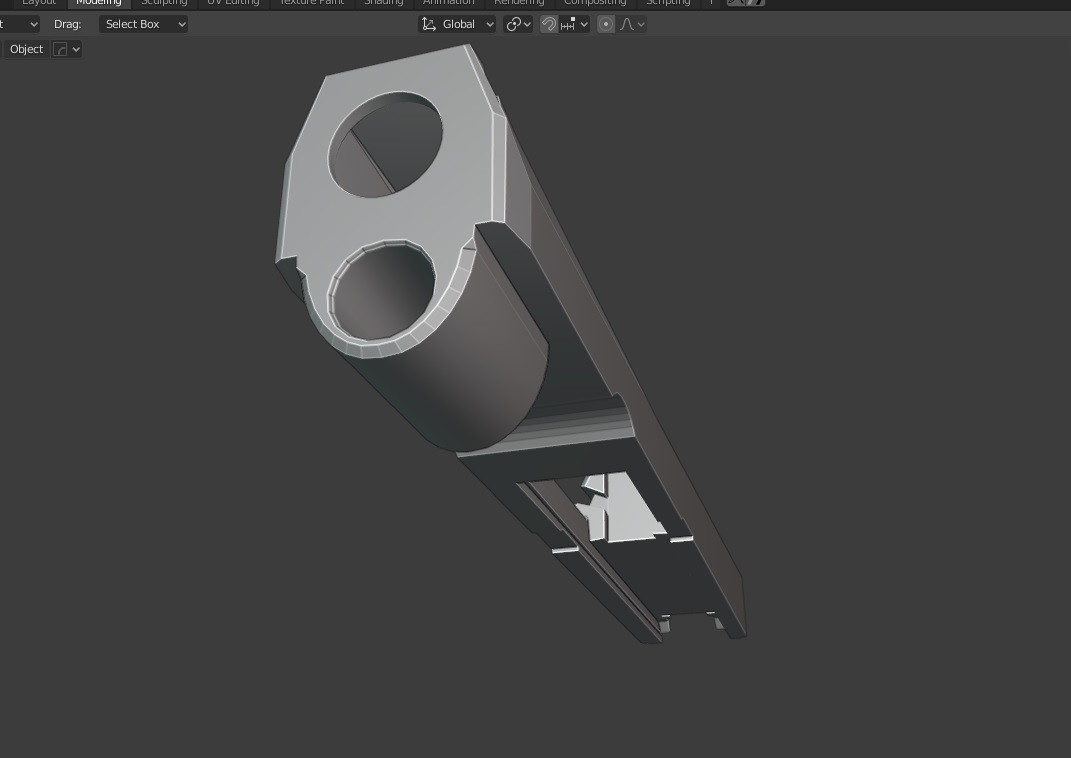 Its fully boxed, no back faces are visible from any angle. 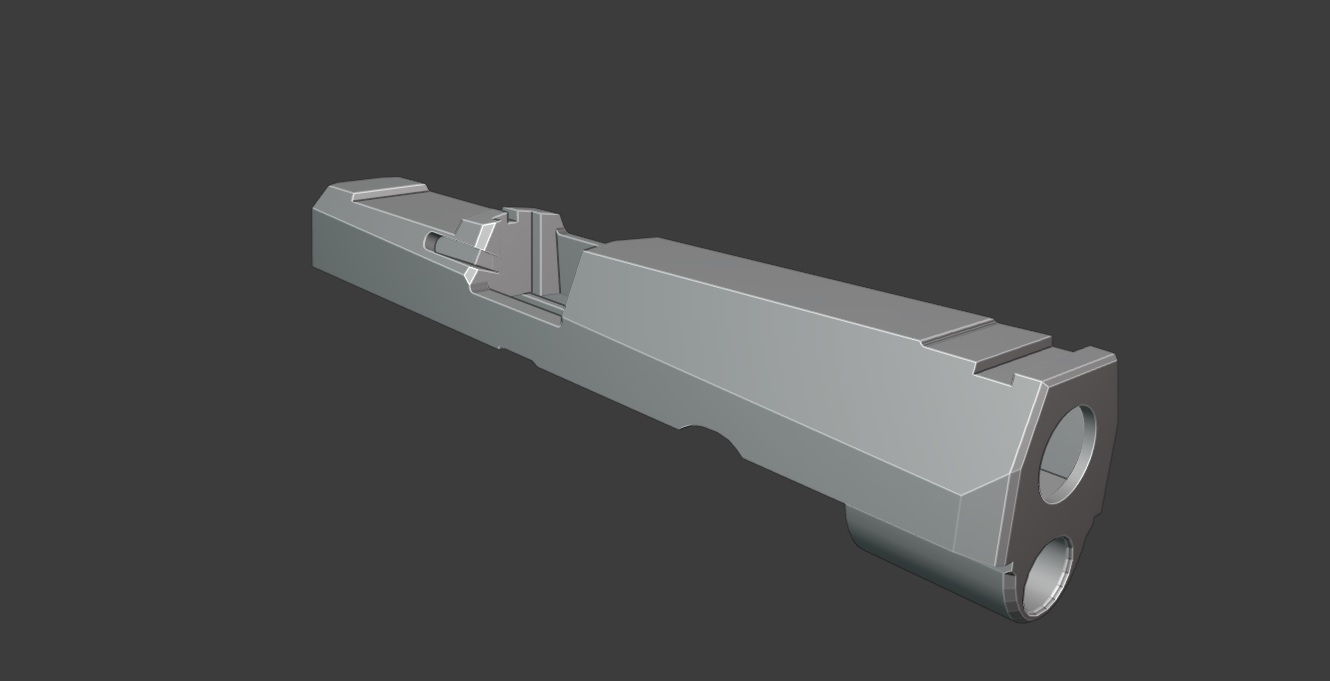 Instead of having the Sear housing cap just floating on top of the slide model, the cavity has been carved out for it. 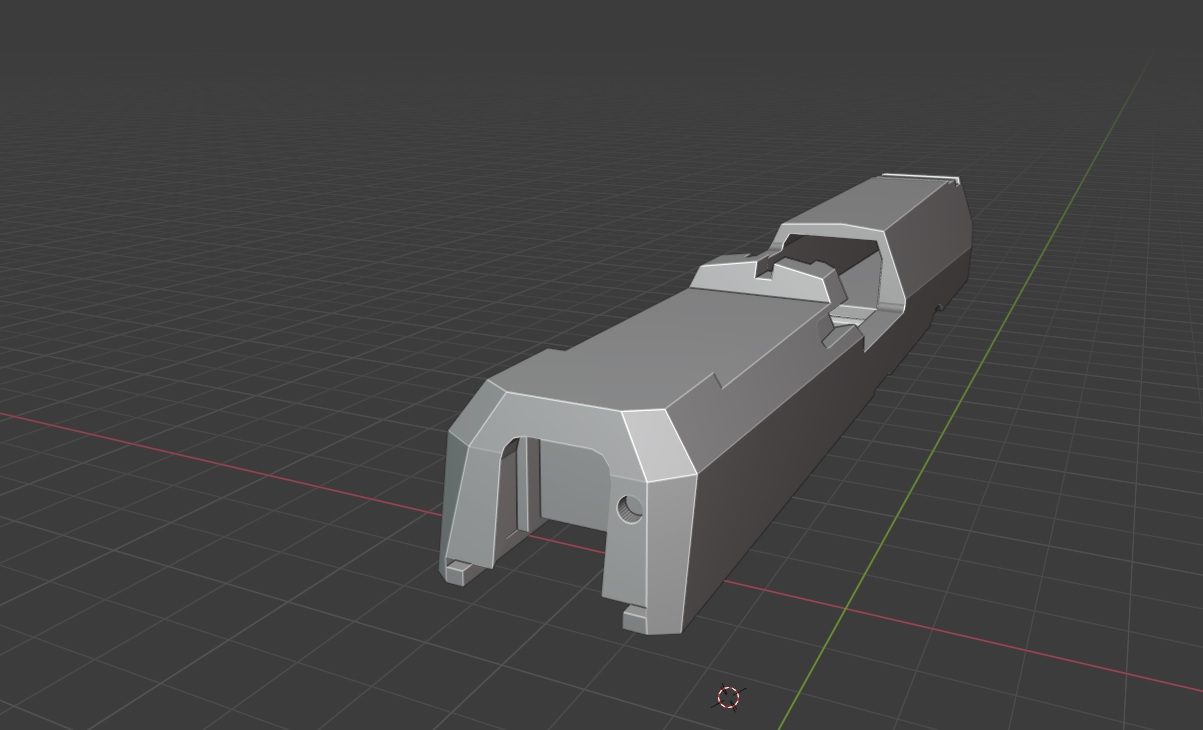 Hopefully in the next couple days i'll have some high poly shots in Zbrush to really make this thing shine. 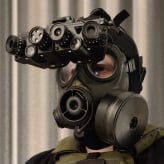