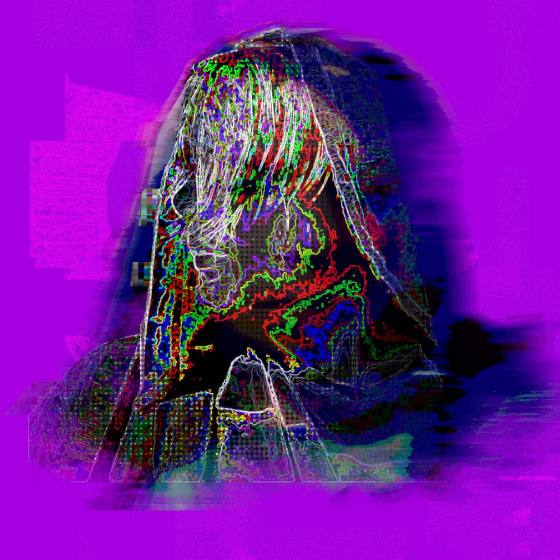 This is a playable enviroment where you can walk up walls.

My computer is a bit trash, so Im restricting myself to baked lighting + reflection probes (aside from a single directonal light) and minimal Post processing (currently just bloom and motion blur - the big turbine thing spins in game untill you turn it off).
Unity HDRP / Substance / Maya
Just made a chunk of progress on what im improperly reffering to as the "Conning Tower". Im sure you'll work out which bit I mean 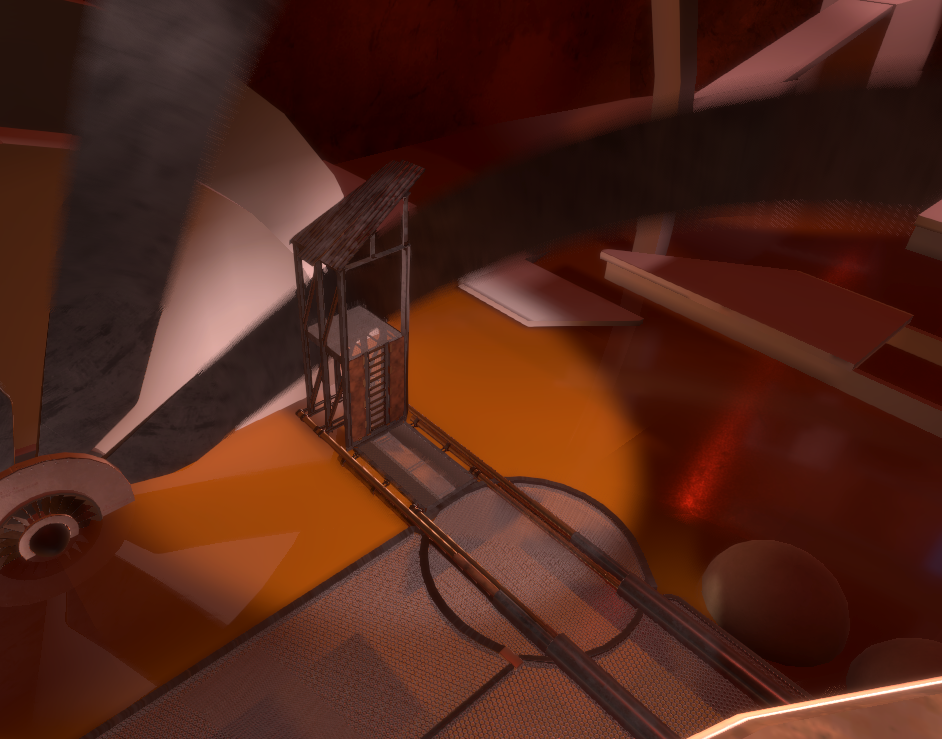 The tower is on hydraulics and can move back. (it wont do this in game since everything is static)

All the screenshots are taken from in game first-person veiw - You don't "climb" this ladder. you walk up it.

The turbine blades aren't baked, since they spin in game. so I have placed high-intensity reflection probes near them to fake it somewhat, though im not sure this is the best approach. the effect bleeds into the tower and makes it brighter/shiner than it should be

Ive also had this question for a while: How best to lightmap large surfaces? My lightmap size is 64. I've split the acid up into a grid and manualy set the lightmap scale of a few of them to be lower, when there isn't much of a change across their surface. Is there a better way of going about this? I can usualy spot a few seams and it kinda breaks when transperancy is involved. 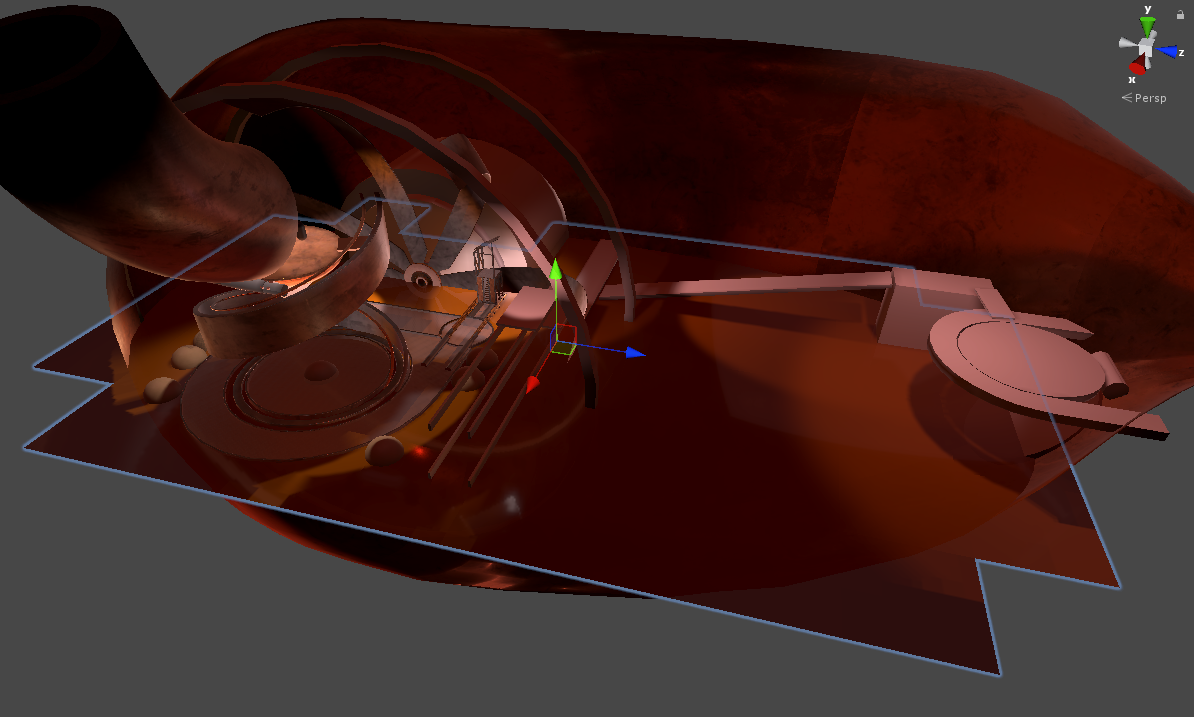 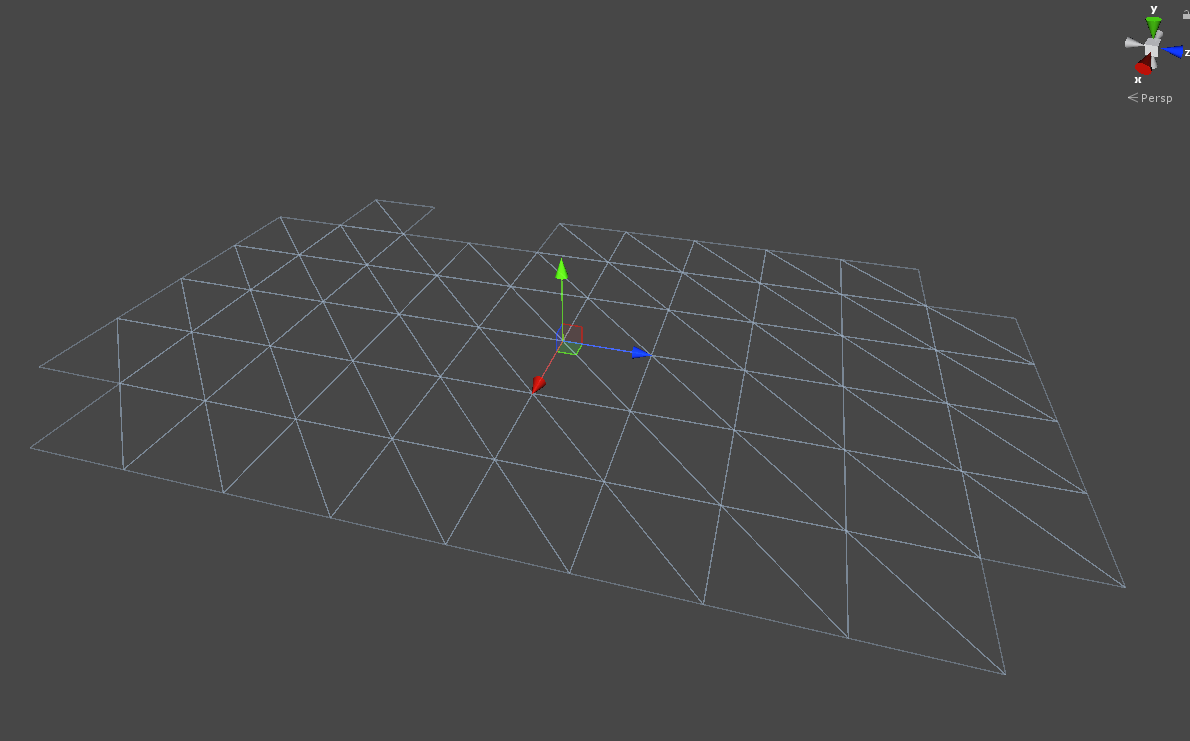