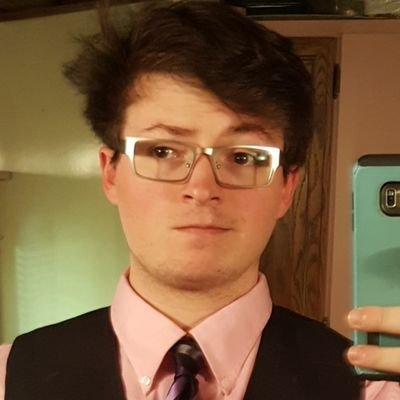 LumoBlaze
polycounter lvl 2
Offline / Send Message
LumoBlaze polycounter lvl 2
Feb 5 2020
Hey all, my name is Cam and I'm trying to make an environment piece every 2 weeks that would be considered game ready. I've been trying to meet deadlines along the way to simulate an actual studio environment, so I when I get a job within the games industry I'm not blindsided by the pace. I'm seeking critique as I go so I can improve my art.
Today I started this weeks sprint to be completed by 2/19. I plan on updating this thread daily with my progress. So what am I doing in these two weeks?
I'm taking Emerald Hill Zone from Sonic 2 and turning it into a stylized 3d environment that sticks to the sonic conventions and looks as if it's a proper part of a level. So checkboard cliffs and grass, sparking sea and vistas overlooking some surreal geometry. 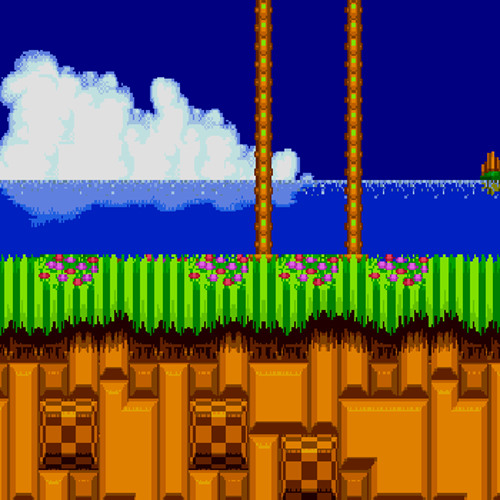 I spent the morning looking at what I would need to create based off of how Sonic Generations did Green Hill Zone. So I went around artstation and in game finding pieces that either matched the style I was after, or would help me further inform my scene and composition. I have compiled a list of them here for your viewing pleasure.
I then went about blocking out the scene in unreal using some stock unreal assets just to feel out the flow. I know I wanted to show off the sea, a little bit of hills, and then room enough for some in the back geometry. What use is speed without some sights? 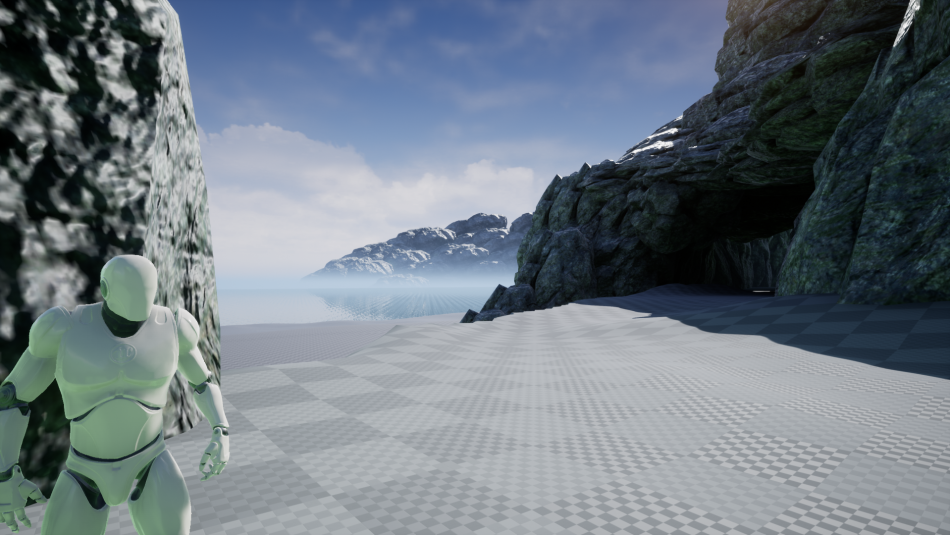 One of my biggest issues with my last project is I didn't use a model for scale and it really showed. I also didn't play with/understand enough about how Unreal Engine's lighting worked. So I've spent some time trying to make a nice bright vibrant scene that has enough variation in its shades and forms. I'm planning on using world aligned materials and some fun tricks with normals to unify all the rocks I'll be making tomorrow to create a unified looking wall. 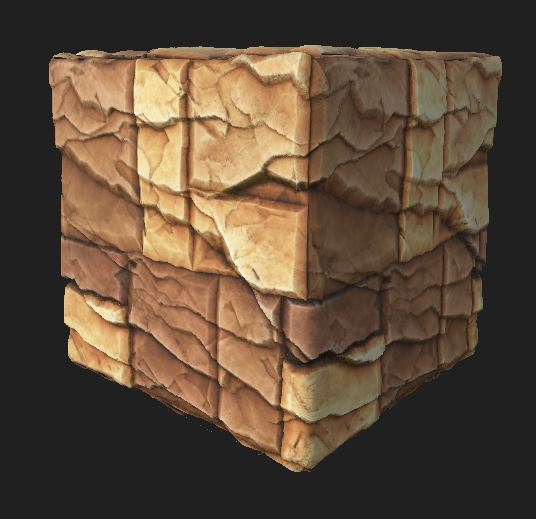 I followed Alysson Soares' amazing stylized cliff video  to inform the initial shapes of this, and then started to apply a more angular and crass look to it. This is still a work in progress and needs to be tidied up, it looks more like failed realism than intentional stylization. I'll also be assembling the ground grass texture so I can start to import the rocks. 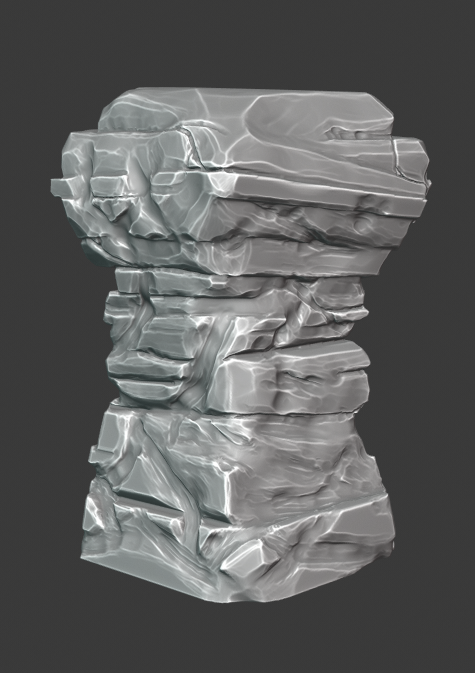 The initial test rock came out a bit overcooked if I'm being honest with myself. Those normal details + my rock texture are going to be too much visual noise on the normals. I have to go back tomorrow and start the rock over again but that's okay, I have a really fast workflow for rocks, especially now that I know more of what not to do.
Hit me with some good critique so I can iterate and improve, and thank you for reading my thread.
0 · Share on FacebookShare on Twitter
Tagged: