First time posting here in a long time. I'm trying to get better at lighting so after a 8 month break from portfolio work I got a free asset from the UE4 Marketplace and had a mess around. Below are my initial results, I'm pretty happy with them but I'm having a bit of trouble knowing where to go with this scene now.

I've used the rectangular light heavily in this scene and used some point lights to fake bounced lights in areas around the light sources, I've found that to get those areas right I was turning the intensity up so much it was washing out the rest of the environment, so I decied to fake it with another light. I've got IES light profiles on all the lights but the aformentioned point lights and I've gone into the console commands and turned up the SSR quality to try and reduce the grainy reflections I was seeing before.

My plans going forward is to create a flashing light at the darker end of the carriage, I'm trying to create a darker end so the light above the door really draws the eye but there's more work to be done there. Will be adding in very minimal height fog and I've created a basic dust particle fx. Open to any and all suggestions as apart from what I've mentioned above I've hit a bit of a roadblock with this one. 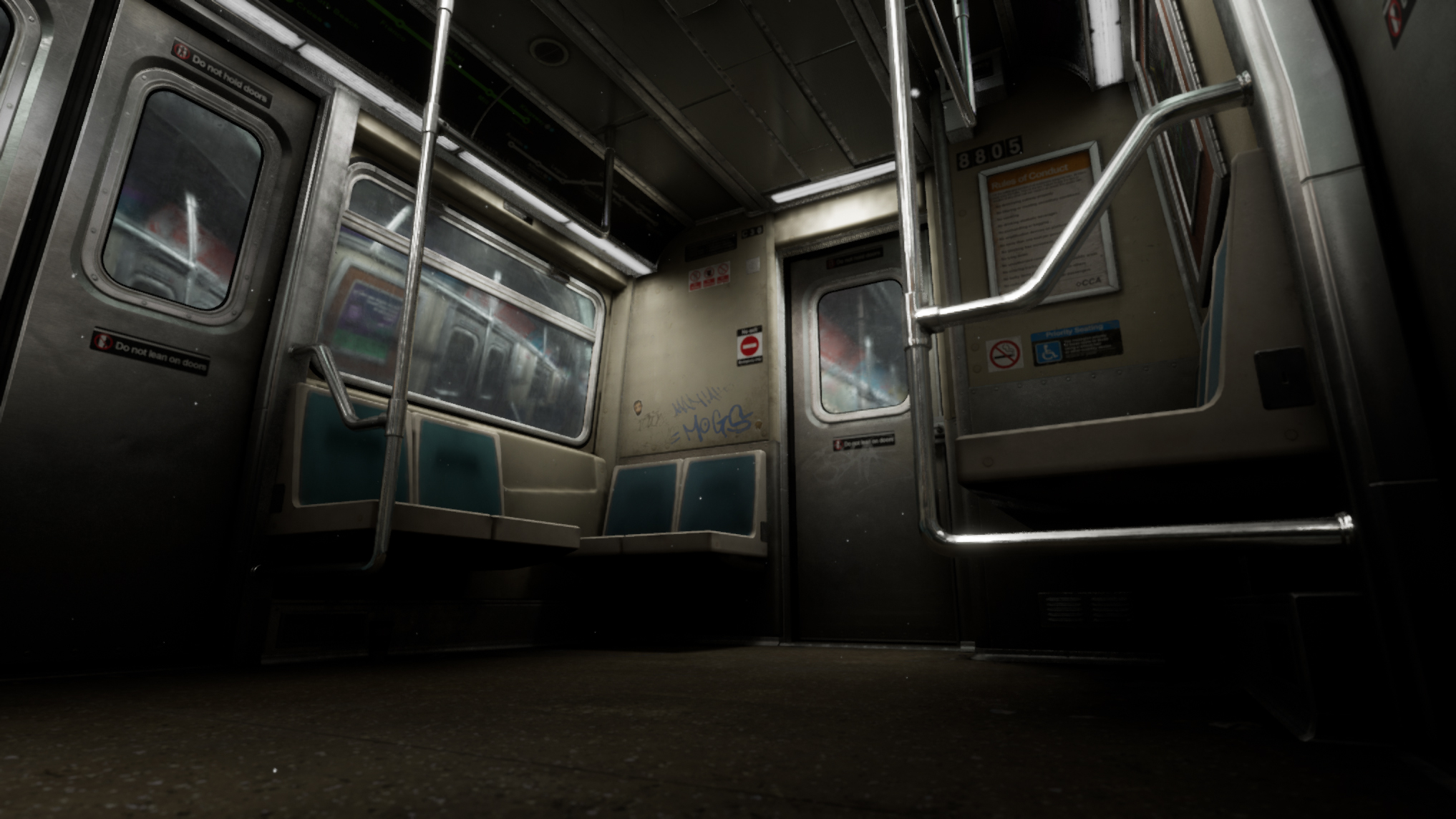 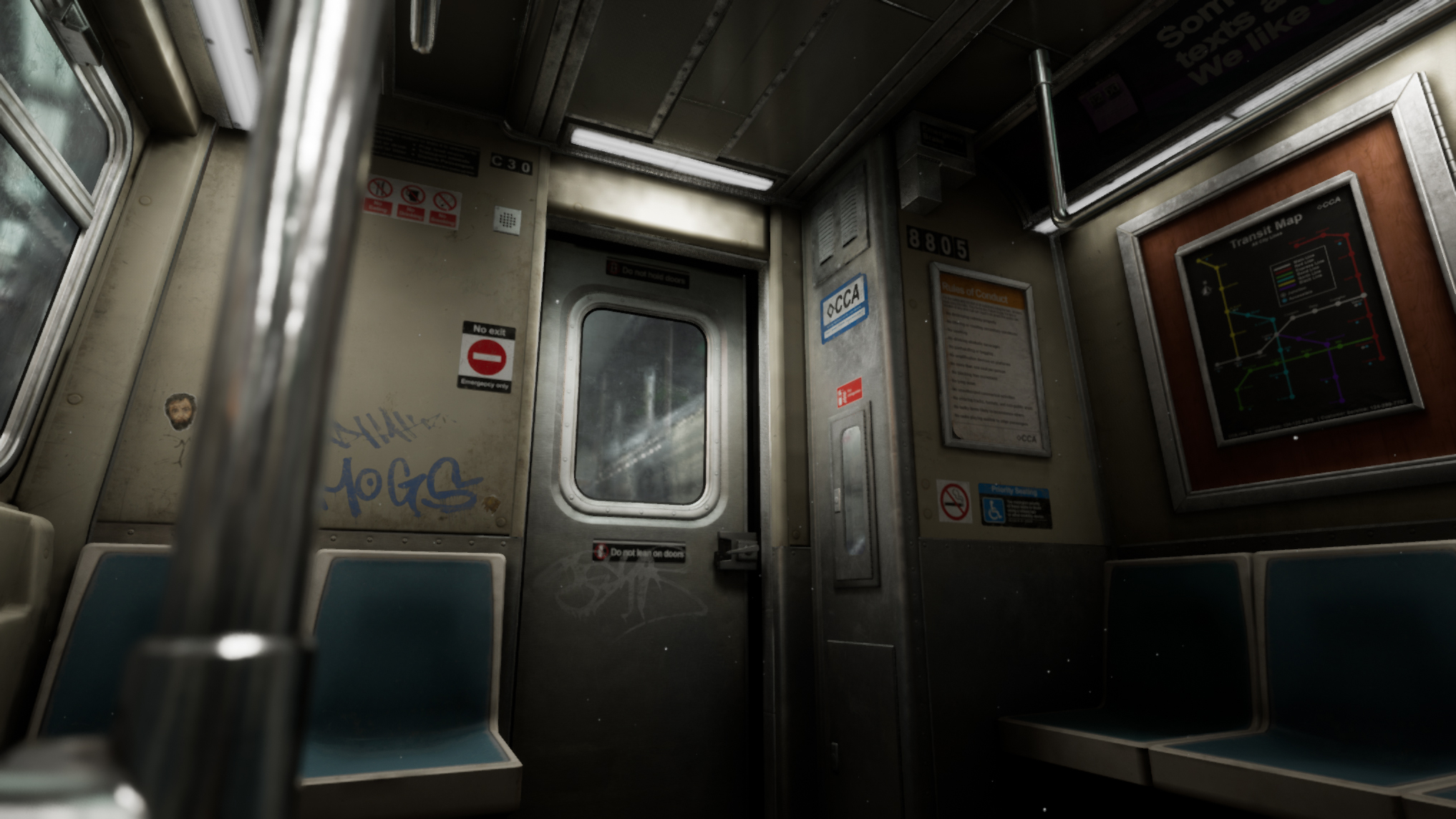 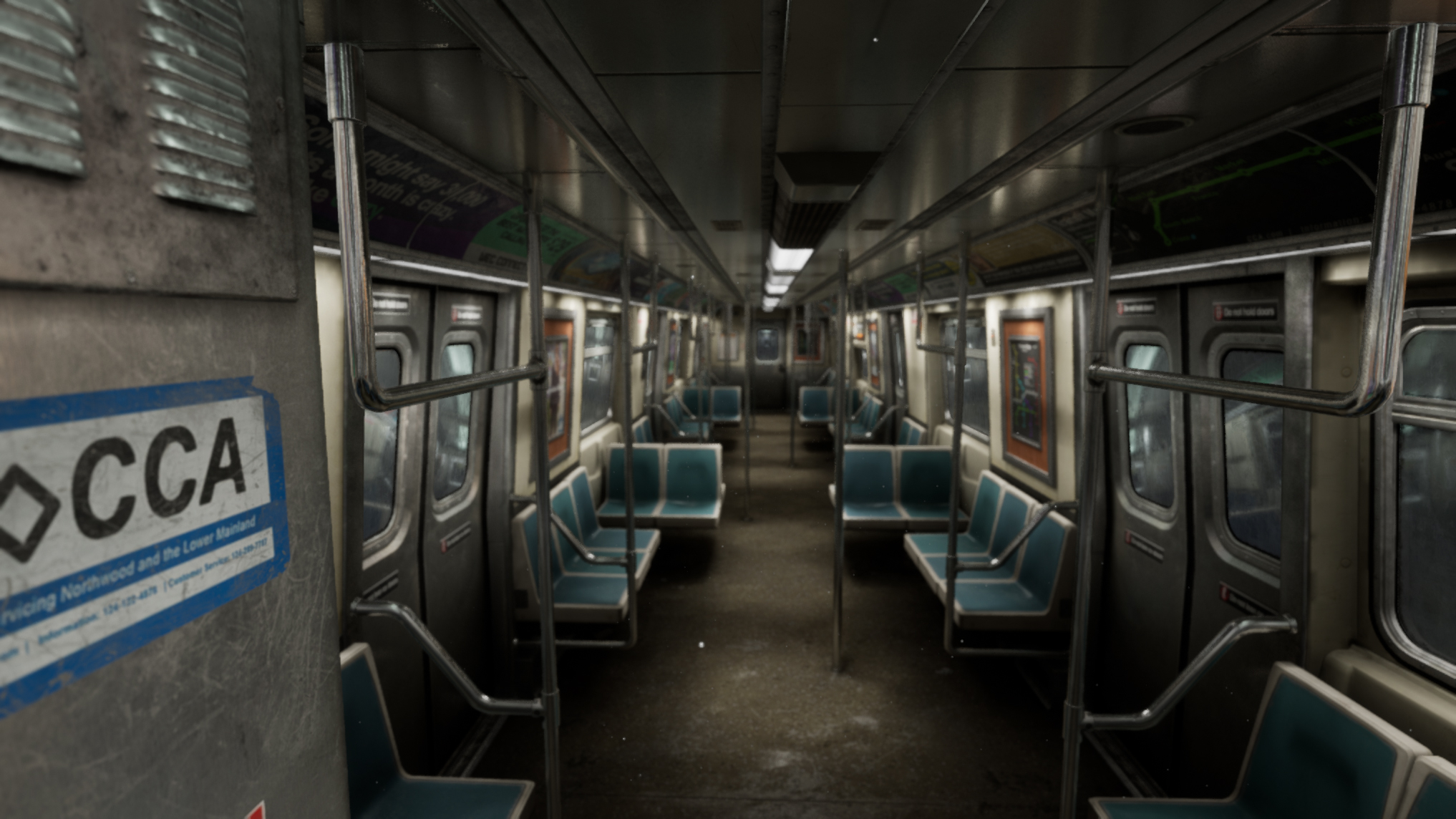 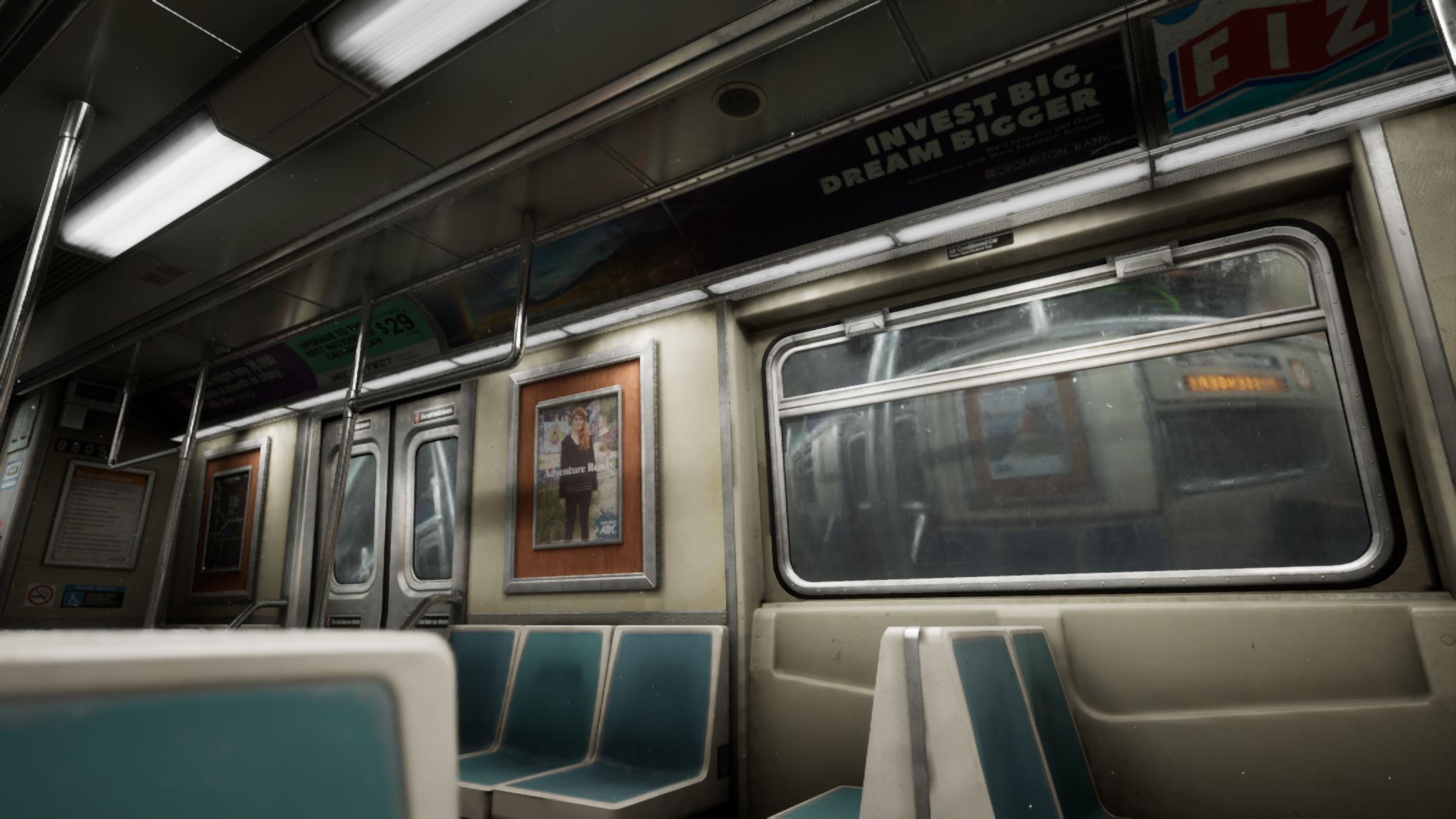 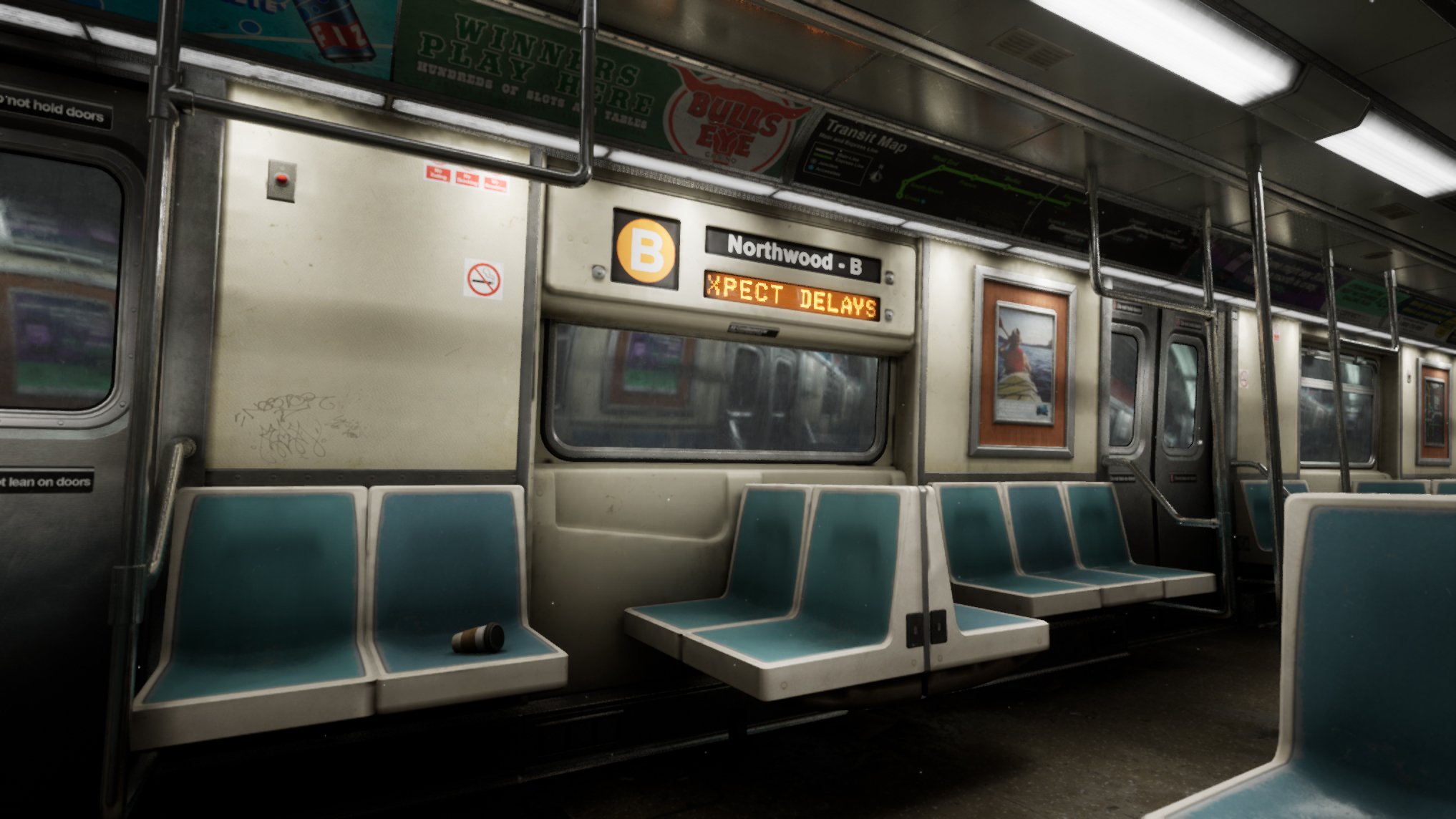 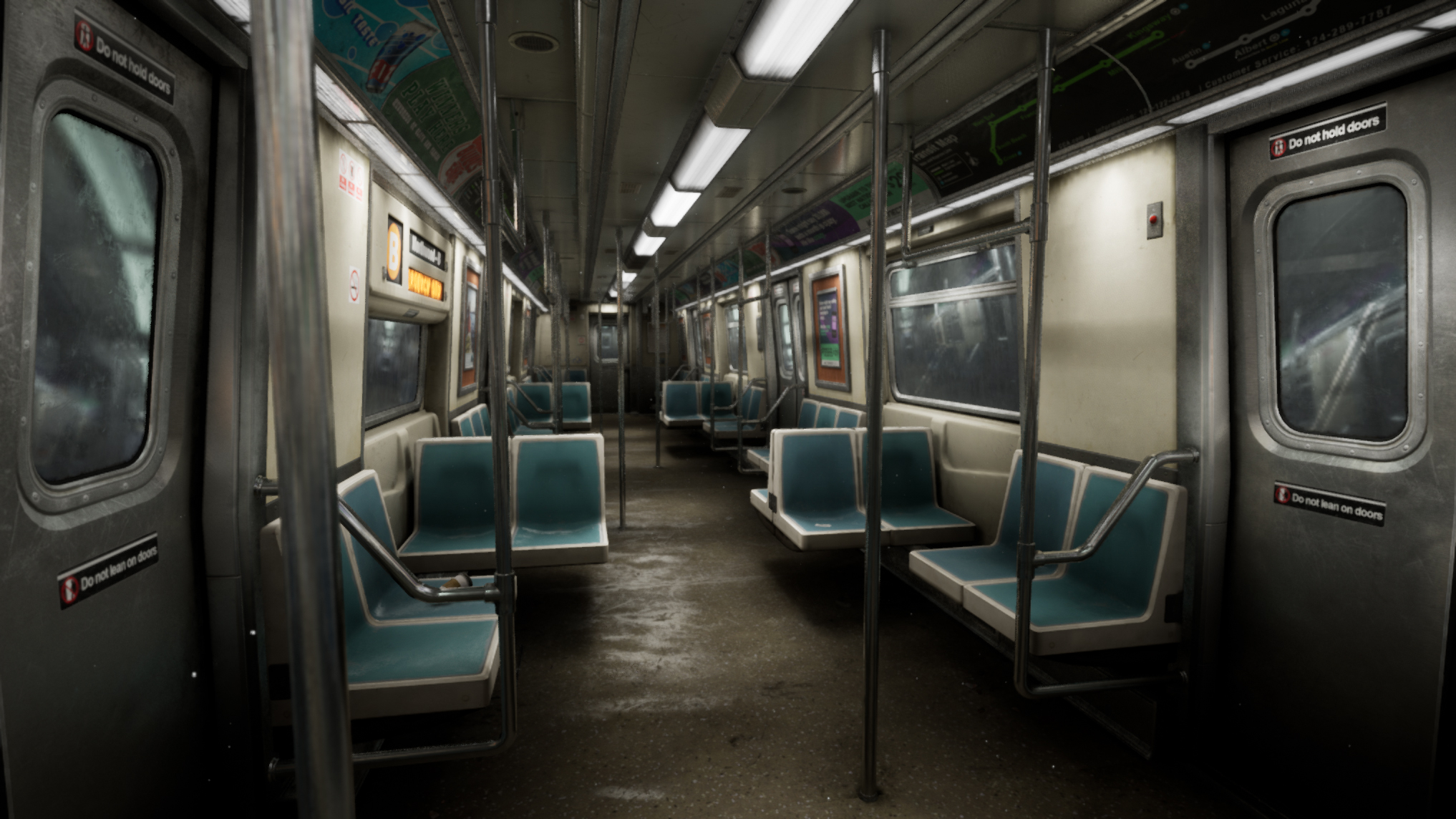 Also having a problem with the light complexity optimization view mode if anyone knows of this issue and a way to fix it please let me know.