How to categorize an index values

privateunlimited
Offline / Send Message
Pinned
privateunlimited
Nov 2019
Hi. I was hoping someone could help me figure this one out. In UE4,  I am making a Ludo game (basically a board game for two to four players, in which the players race their four tokens from start to finish according to the rolls of a single die). I have got all 16 tokens in Index ALL TOKENS as can been seen in the picture, now I want to categorize them into 4 different Variables (i have taken any variable here just for example). The idea is that when it's Player 1's turn he should be able to select just the 4 tokens which are stored in ALL TOKENS. I have got this ALL TOKEN from Construction Script, I made them using construction script because there was no other I was able to spawn tokens and make them movable all at once.
Let me know if there's something else worth mentioning and also if there is any better workaround to get this done. 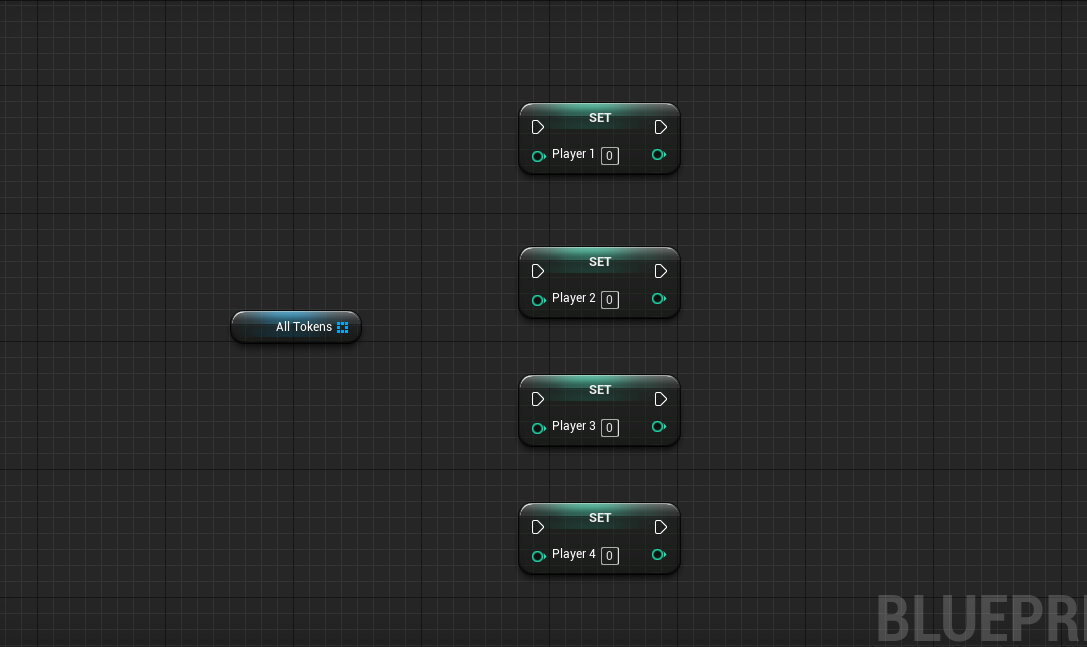