LJ_Sully
triangle
Offline / Send Message
LJ_Sully triangle
Oct 2019
Hi, I am a third year Game Development student at Falmouth University, specializing in Environment Art. For my most recent project I wanted to try my hand at stylisation, whilst also focusing on techniques like trim sheets, modularity, and exterior scene assembly in Unreal.

In May of this year I went backpacking around Turkey, and was heavily inspired by the street market environments I saw there. The vibrancy and richness of these scenes set on a Moorish architectural backdrop was very exciting to me, so I decided to base my next project on this kind of scene. I went to an area of Turkey called Cappadocia, where ancient cave houses were carved into 'fairy chimney' rock formations. These rock houses were ubiquitous, even inside the town of Goreme where we stayed. I really liked this idea, so I decided to incorporate it into my environment. 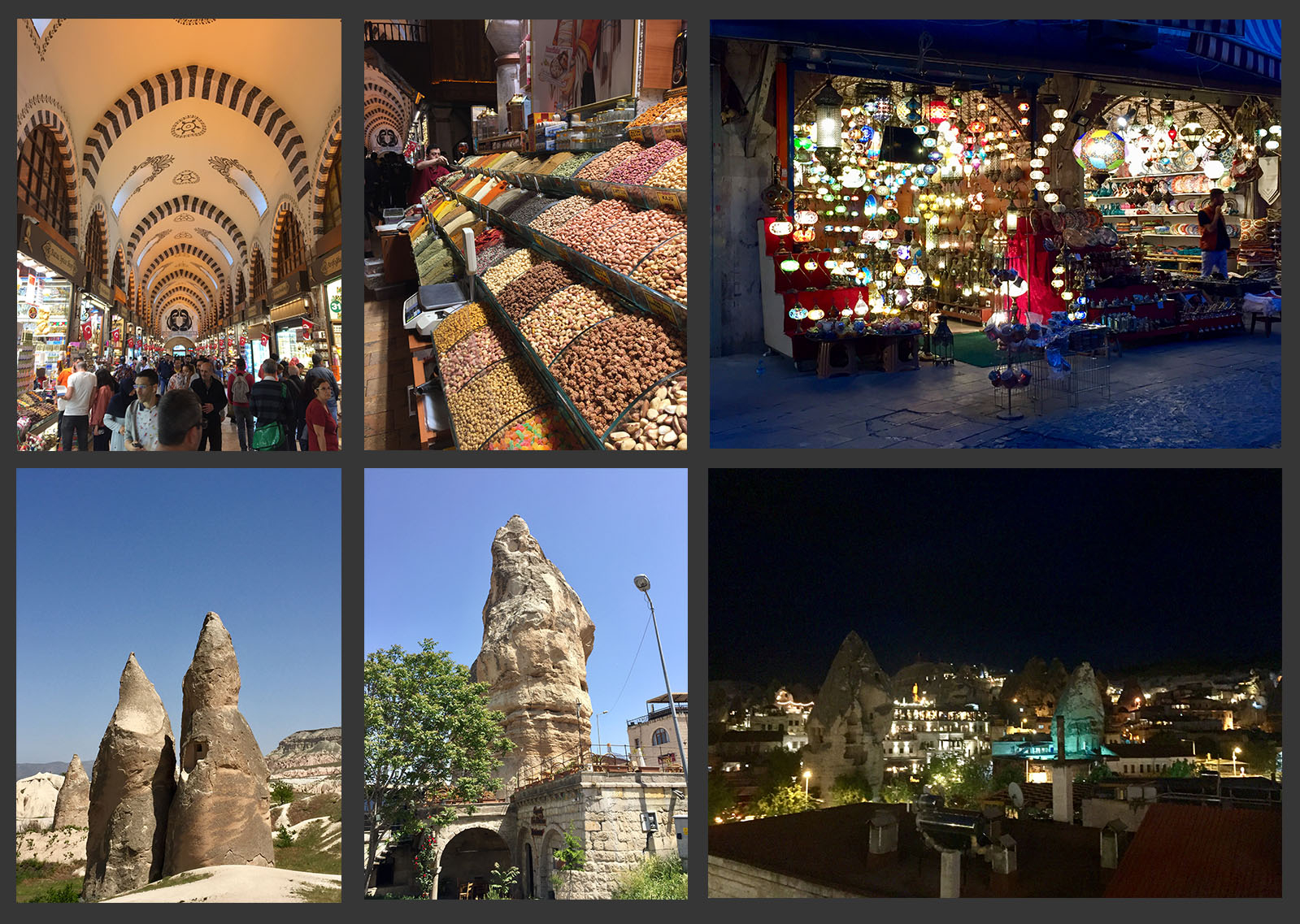 Along side my personal reference gathered on my trip to Turkey, I also gathered reference from the internet, as I wanted to set the scene in a medieval fantasy timeline. (https://www.pinterest.co.uk/louisjsullivan4/bazaar/). However, by this stage in development I had not really settled on a coherent stylization for the scene, something which I would later realize to be a mistake.

I then started with a simple BSP blockout in Unreal to get a feeling for the composition and structure of the scene. I decided to design it to be like a section of a single-player linear game, in which the player makes there way through a winding street and a stone arched bazaar, into an open plaza area. 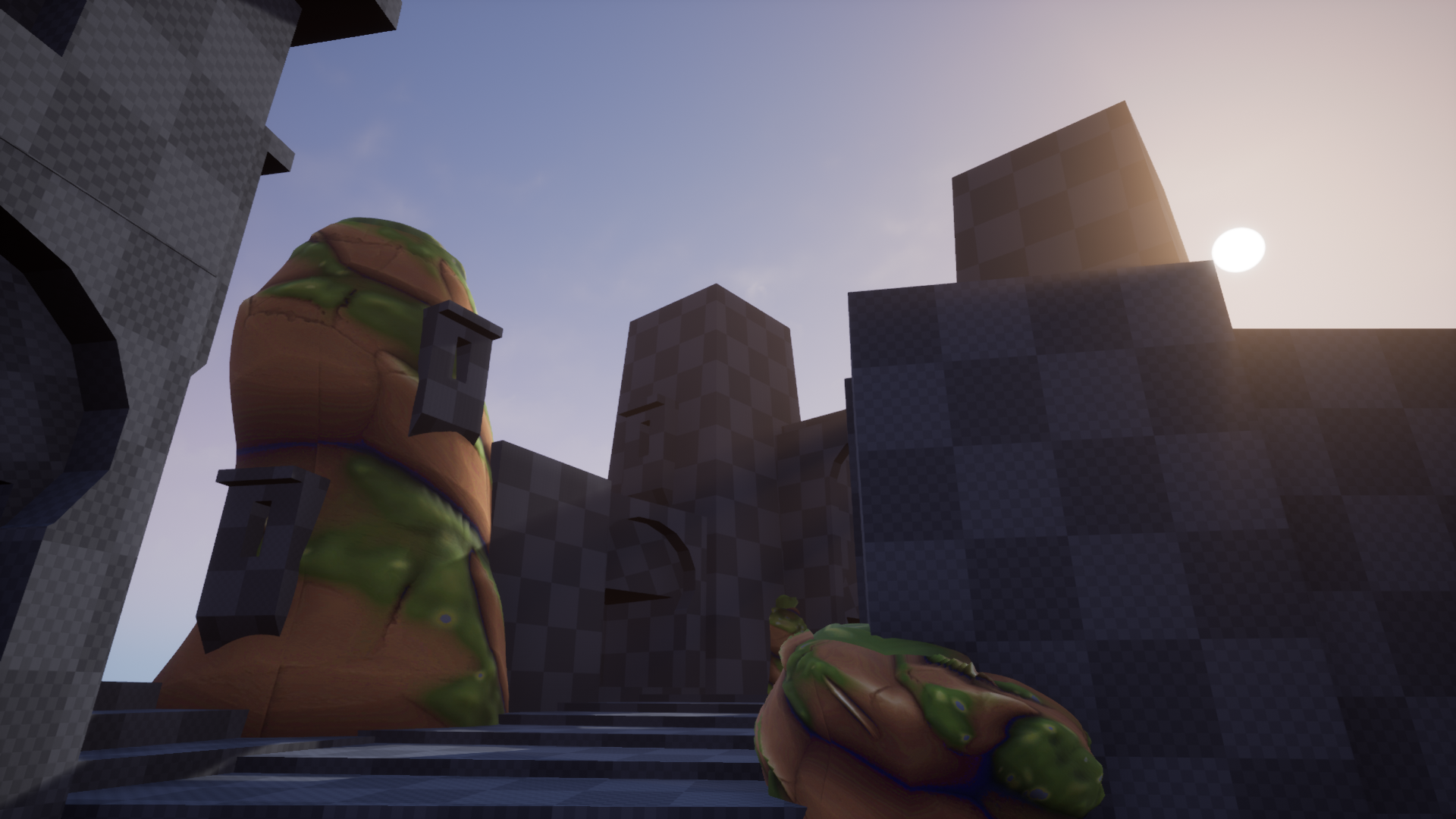 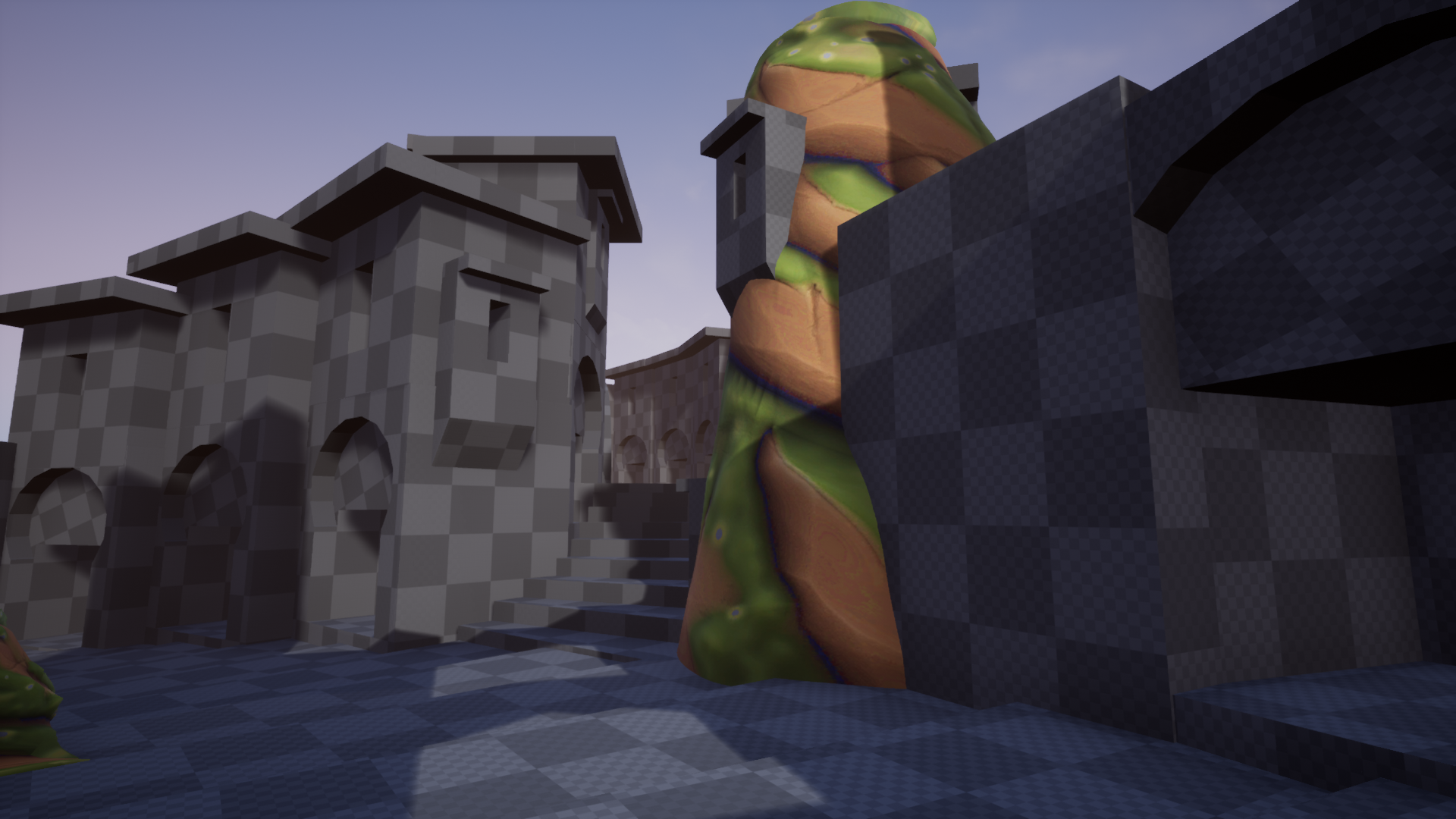 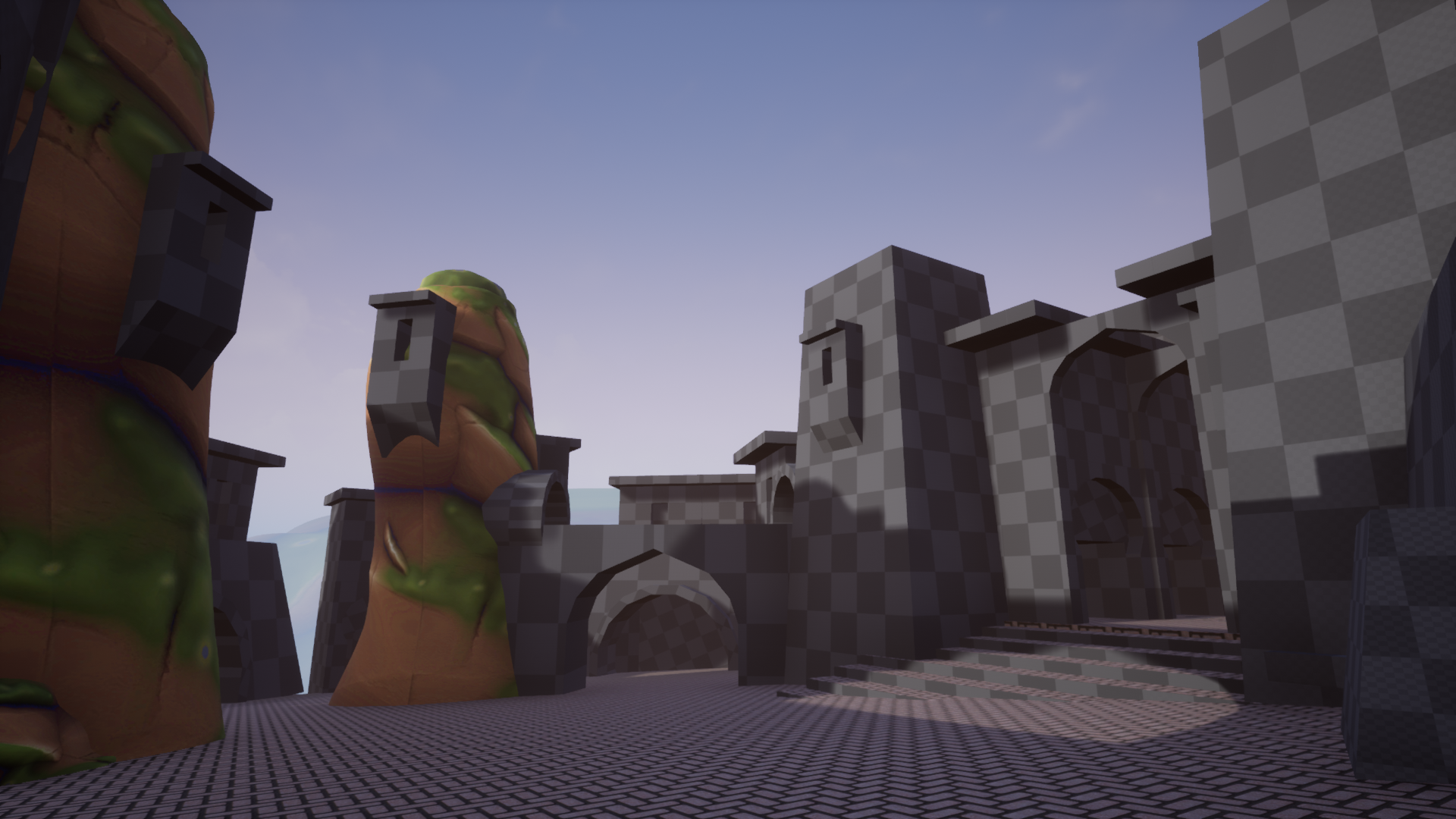 I started working on a simple modular kid for creating buildings, as well as a couple of bespoke buildings. Once in engine, these started to give me a sense of the feeling of the scene, but upon reflection and crit I realized I needed to define a clear visual style for this world, and stick to that. These buildings were too uniform, and looked a bit more like medieval buildings from a more western setting like France. 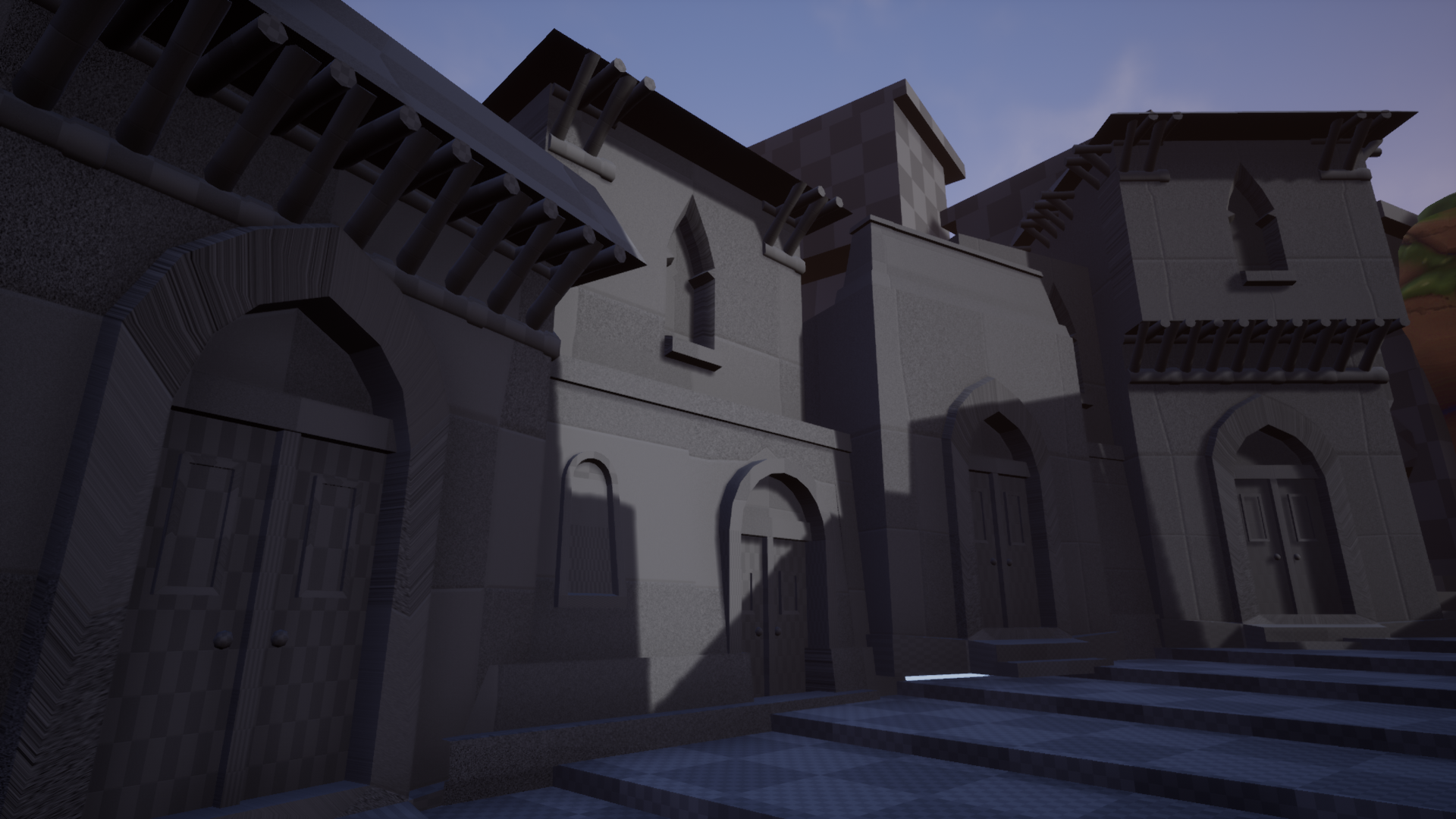 One of the biggest challenges of the project so far was the fact I was not working from concept, or trying to recreate a real-world scene, but that I was using reference to create my own environment from scratch. In order to define the scene and it's atmosphere, my friend and fellow student Nathan Bedford (https://www.artstation.com/natbed) offered to do some paint-overs of my blockout. These really helped me figure out the direction to take next with the project, and after seeing these I decided to go back to the drawing board with the design of the architecture, and find a clear style to unify behind.

After some research, I found that I really liked the strong shape language and cartoony quality of the Spyro: Reignited Trilogy. Gerudo Village from Breath of The Wild was also a very good reference for me. This was what I kept in mind when redesigning the buildings. I started by creating some brick assets which I could use as trim, whilst also pushing the cartoony shape language I wanted. 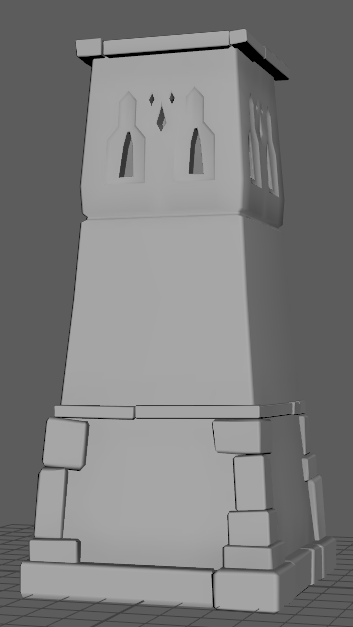 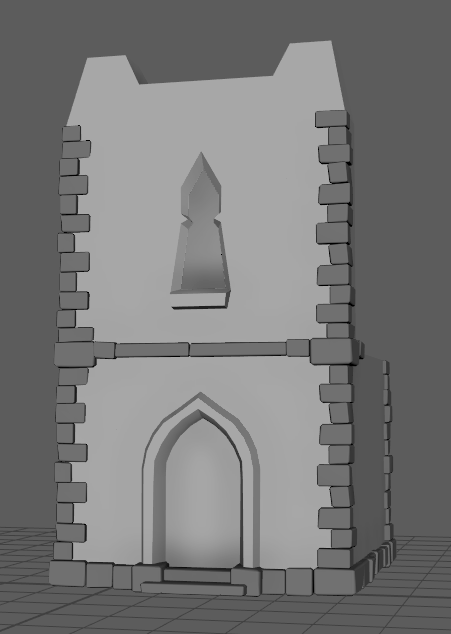 I am currently at the stage of pushing this style, and replacing the old buildings with ones more in line with this. I have had crit about the above buildings, particularly the right one, in terms of the brick trim being too uniform and 'neat'. So I am currently working on changing this. I have recently redone the lighting of the scene to get try to capture my desired atmosphere more, and the last thing I did was a very rudimentary colour pass using flat colour materials. 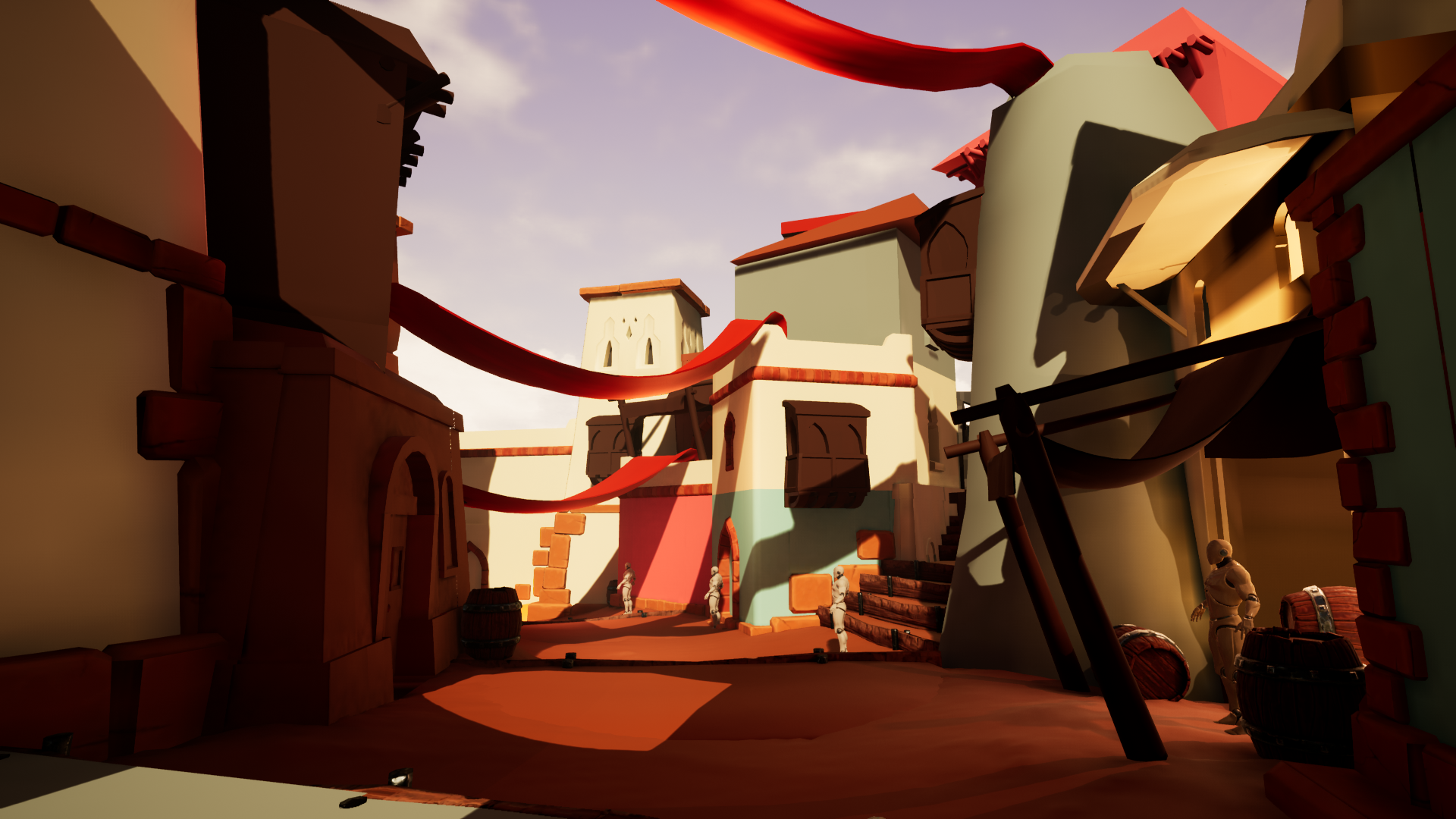 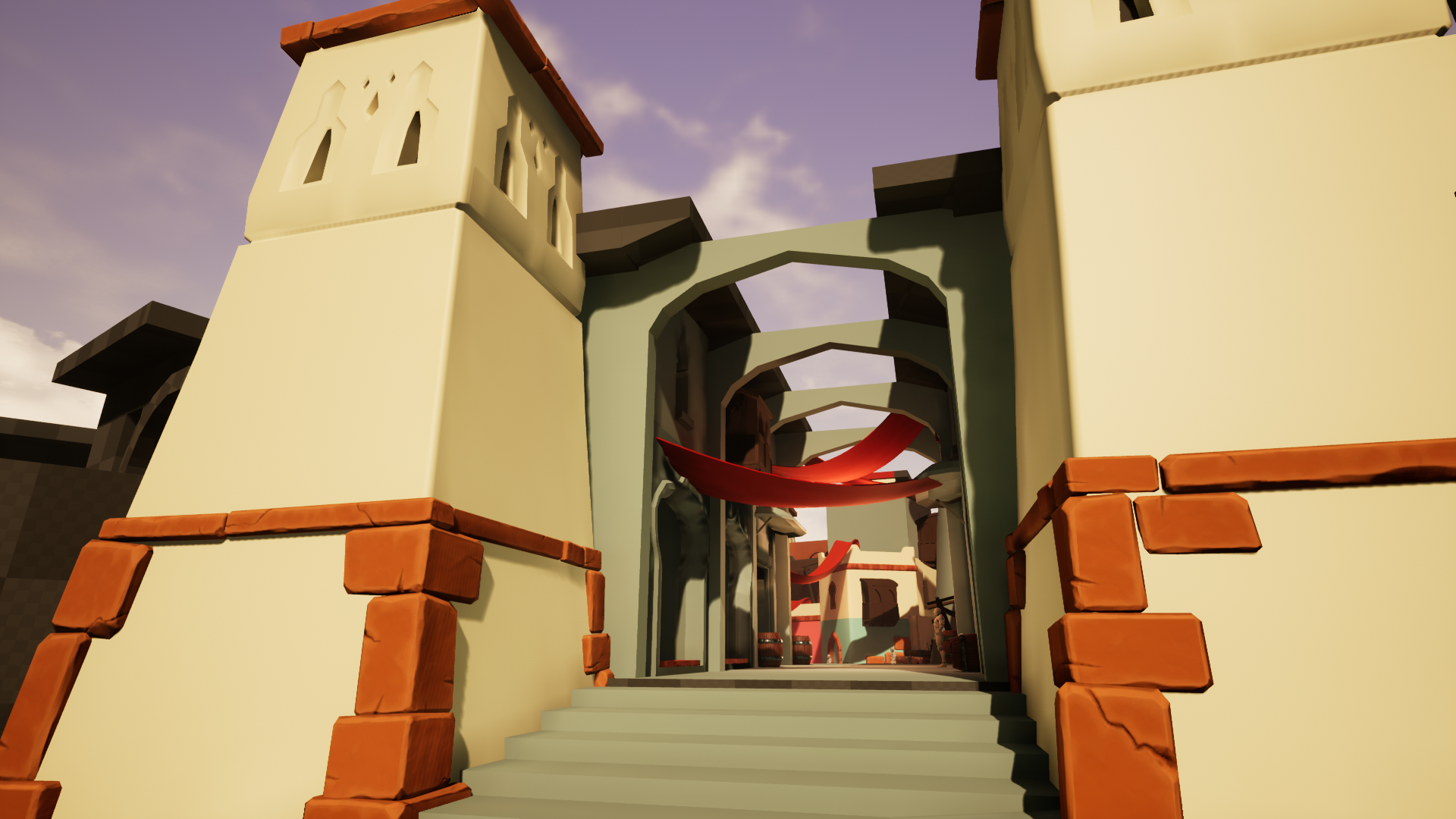 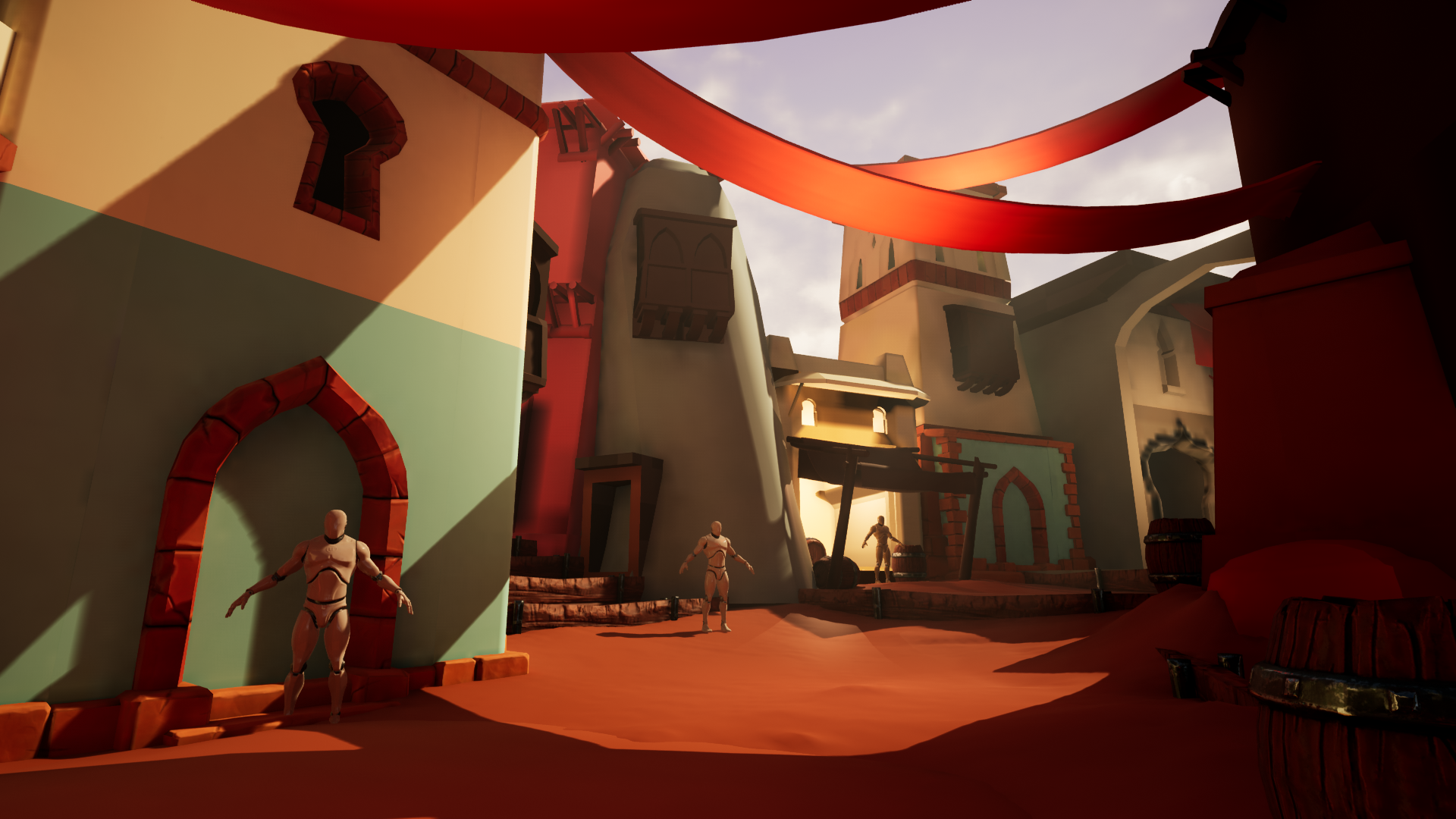 So this is where I am at the moment! There are still buildings in the scene I want to replace with the new found style I'm pushing. After that I think a fully realised trim sheet and some stylised materials will push this beyond what it is at the moment, which is not much more than coloured blockout. I want to try and nail the feeling of the street before I add the clutter and detailed props like street vendors selling rugs, spices, lamps etc. I also need to look more at the open square area, as I have been predominantly focusing on the winding street section.

Any crit on the project at the moment or what you think I should focus on next would be greatly appreciated! I will update this thread as I make progress.
0 · Share on FacebookShare on Twitter
Tagged: