When is a (character) concept artist doing a good job? 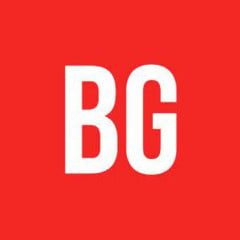 I try to answer my own question, if am wrong at any point please correct me, or add other thought to this topic.
I know that forum is more about 3D not about 2D, regardless I hope for some good input!

There is nothing that is cheating, if it leads to success, it works....(except stealing art of course)

Ways to reach the goal:
- reusing own created stuff and alter/change it
- photo bashing
- mix with 3d

To illustrate what I mean, I use images here below, sometimes it was not even stated that these are concepts,
it just fitted into my thread, so if the creator of that image sees that, it's not meant offensive.
I like those styles and it's artistically cool but not useful for a real concept, maybe as a guide or a base to work on for a concept!

So here it the image: 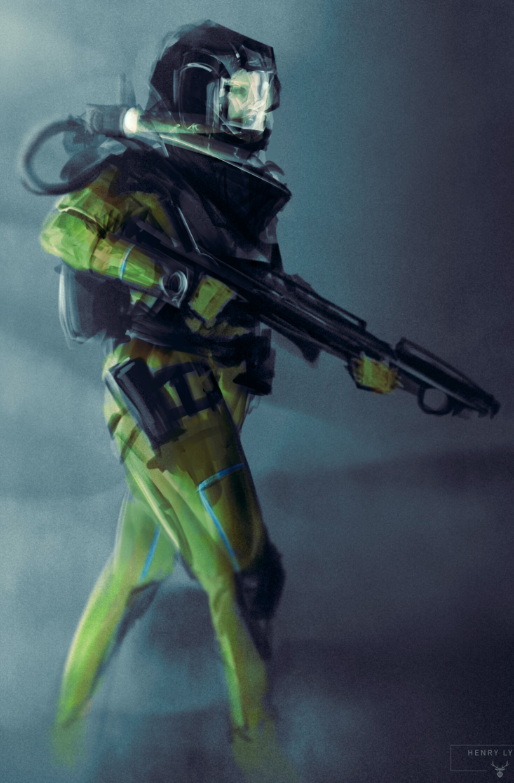 What makes a concept good?

show the Character and its stuff from more than one angle

So in the first image, I cant see what's going on on the back of the character.
I would definitively have to make things up as 3D modeler (which sucks a bit)


if it's complex (like mechanical parts) break it up and show different angles
if it is not a placeholder it should be logical and work actually, after all, it should be translated to 3D, I would just not assume that blurry blocked in stuff is enough for a 3d modeler:

"
for example, imagine a wristband and how it can be locked or opened. it is not just the "strap" it has to be tightened somehow after all.

draw in a non-blurry way (like when you have a shirt and above a coat, you should clearly tell that there are 2 different things not just blocking that thing in) 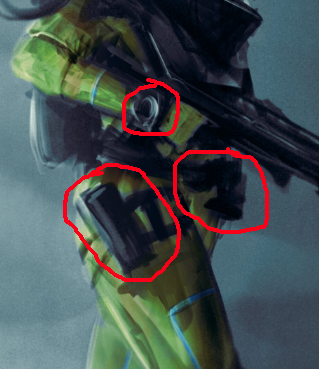 what ware those things? 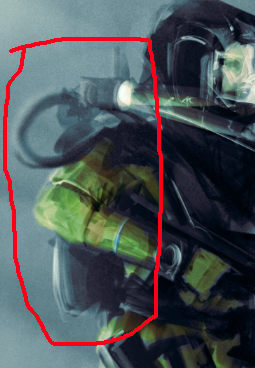 ok this is an oxygen tank, but it also has a light on it? or is the light on the shoulder?

separate it next to the character to clarify, like in that image here:


Is this a whole body suite? 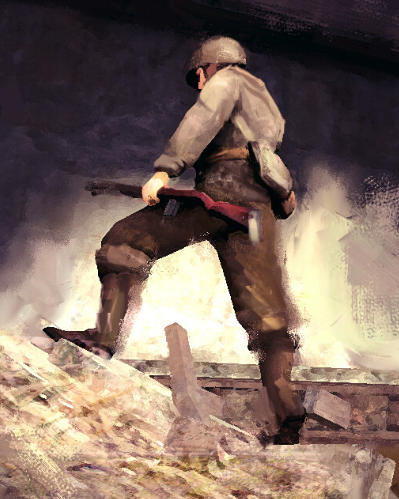 (Artist: Wesley Gardner)
I can clearly see (s)he is wearing a jacket and pants, but where are they separating?
Are the pants made out of leather or even corduroy? sometimes it surely is not a bad idea to add Infos for this too, for example like that: 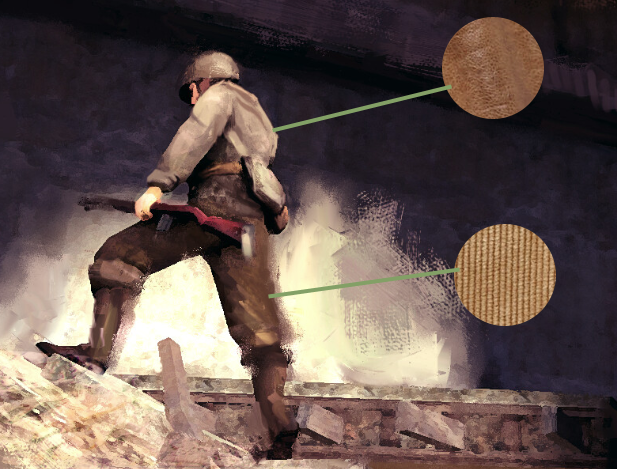 after all concept art has the purpose of visualizing stuff, and not fondly your artistically soul right?
Your customers (or boss or whoever) do not pay you (concept artist) for painting a boot at a certain angle until you painted that thing perfectly, you get paid for visualizing stuff in a fast way, so it can be "used" after all to create 3d stuff or whatever.

It's not a keyframe-design, not a mood-design, its concept stuff.

I suggest it is not important how good your brushwork is or how perfect your anatomy skills are,
your concept should visualize an idea (the idea of the customer, of you etc) no?
You don't have to be a master in color/light theory, you don't paint illustrations. 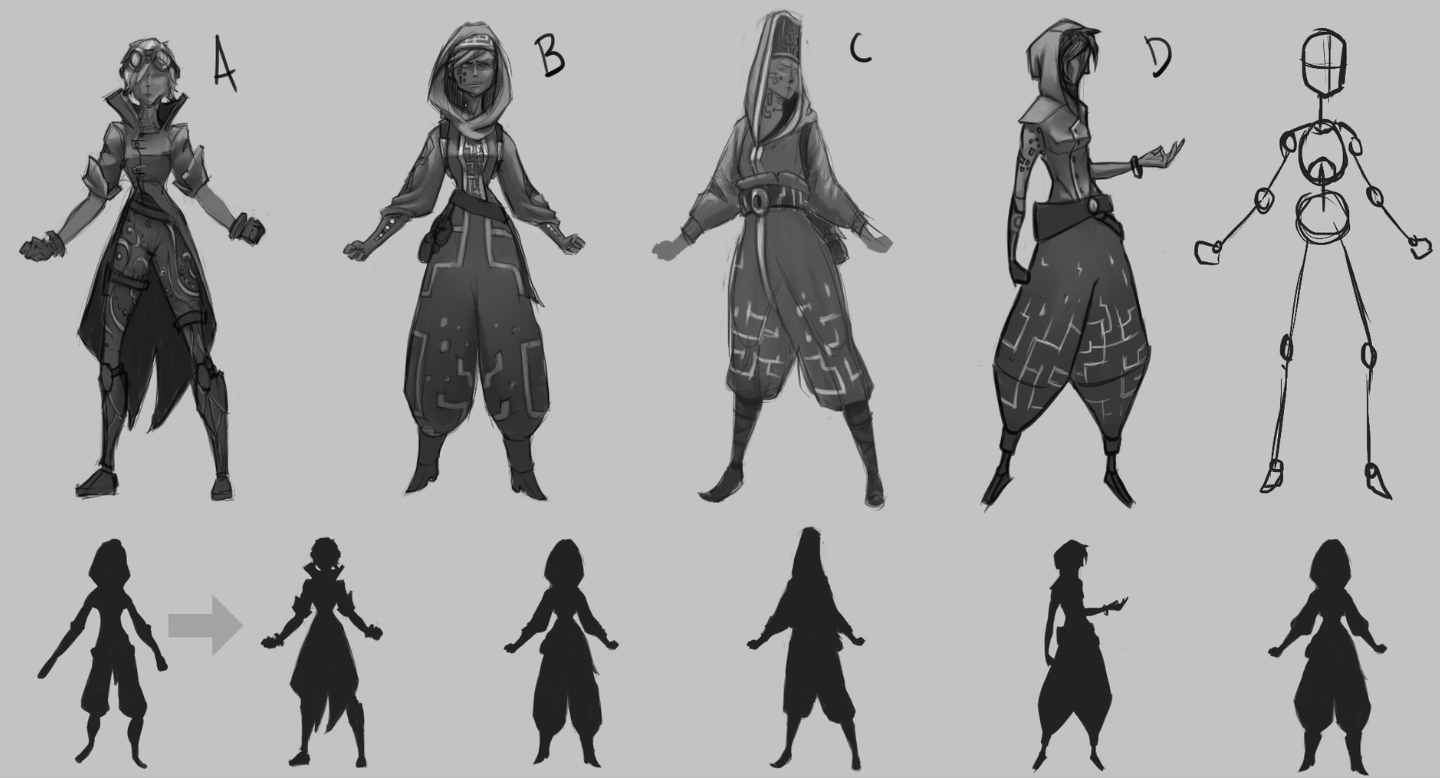 Non-concpet art (but Keyart or an illustration) 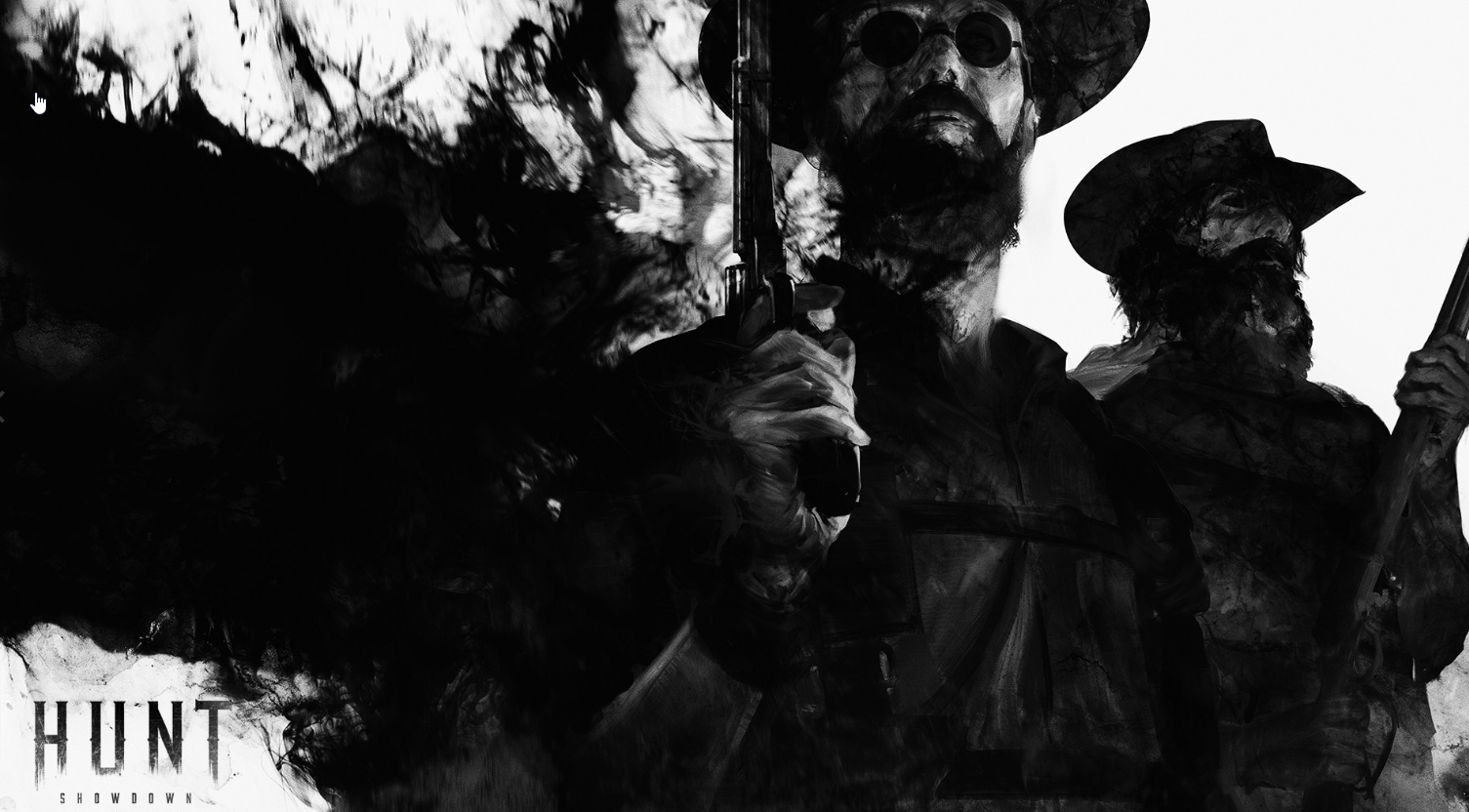