Call to arms - Hakan Kamar - In the making

HakanKamar_
polycounter lvl 2
Offline / Send Message
Pinned
HakanKamar_ polycounter lvl 2
Oct 2019
Alright so here I go again, another character.
Going to record this one on poylcount and artstation.
I won't bother posting all the reference I used but I will post what led me to make this man
(he isn't finished at the time im writing this 11/10/2019 EU).

I always wanted to make something simple, I get a feeling that everytime I'm on artstation everything is super overdesigned with almost everything you see being something super epic and awesome and the best thing ever. You might not agree but it was the main drive to make this man.
Just a dude with an axe and some clothing.. so browsing artstation I saw this image. I loved the simplicity and realy brought out the urge to just get on with it; nail the fabrics, metals and leathers. Simply back to the basics. A great way to improve.
Looking at everything he wore I ofcourse found some reference to support. I knew directly I wouldn't make this man 1 to 1 because it was the idea I was making, the idea of something simple: Just a dude with an axe and some clothing. And ofcourse using Tomas Duchek lumberjack artwork as a jumping platform. I knew ma dude would inhibit alot of what Tomas Duchek painted. 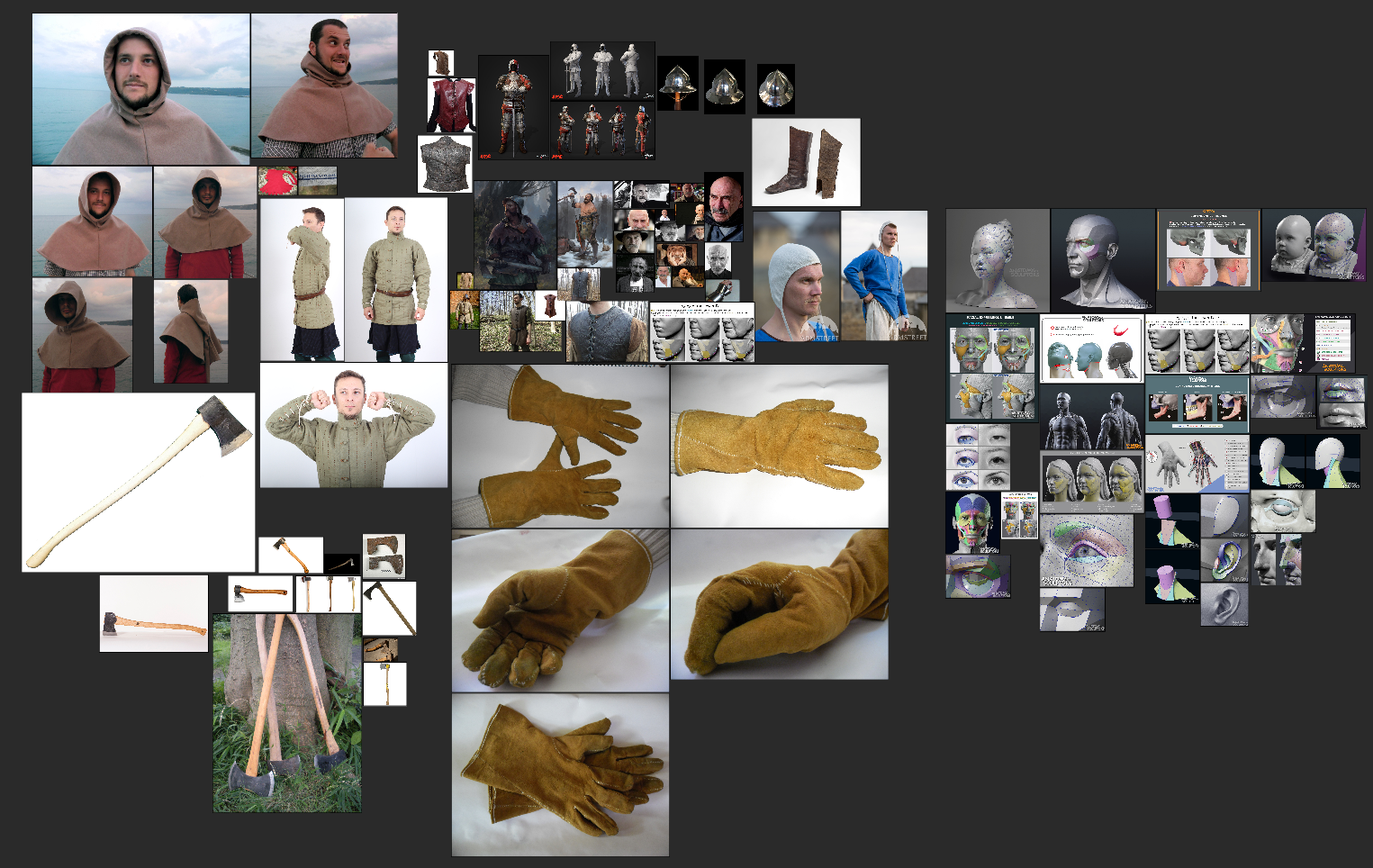 Some reference I used.

Second stage: The blockoutBlockout, something very rough. Something to get on your screen so your idea gets a little bit more real.This was an important step, I always have the urge to skip the blockout stage and go straight onto hardcore zbrush sculpting, I slowed myself down during the blockout and made sure I made something that wouldn't necessarily be used further down the line. 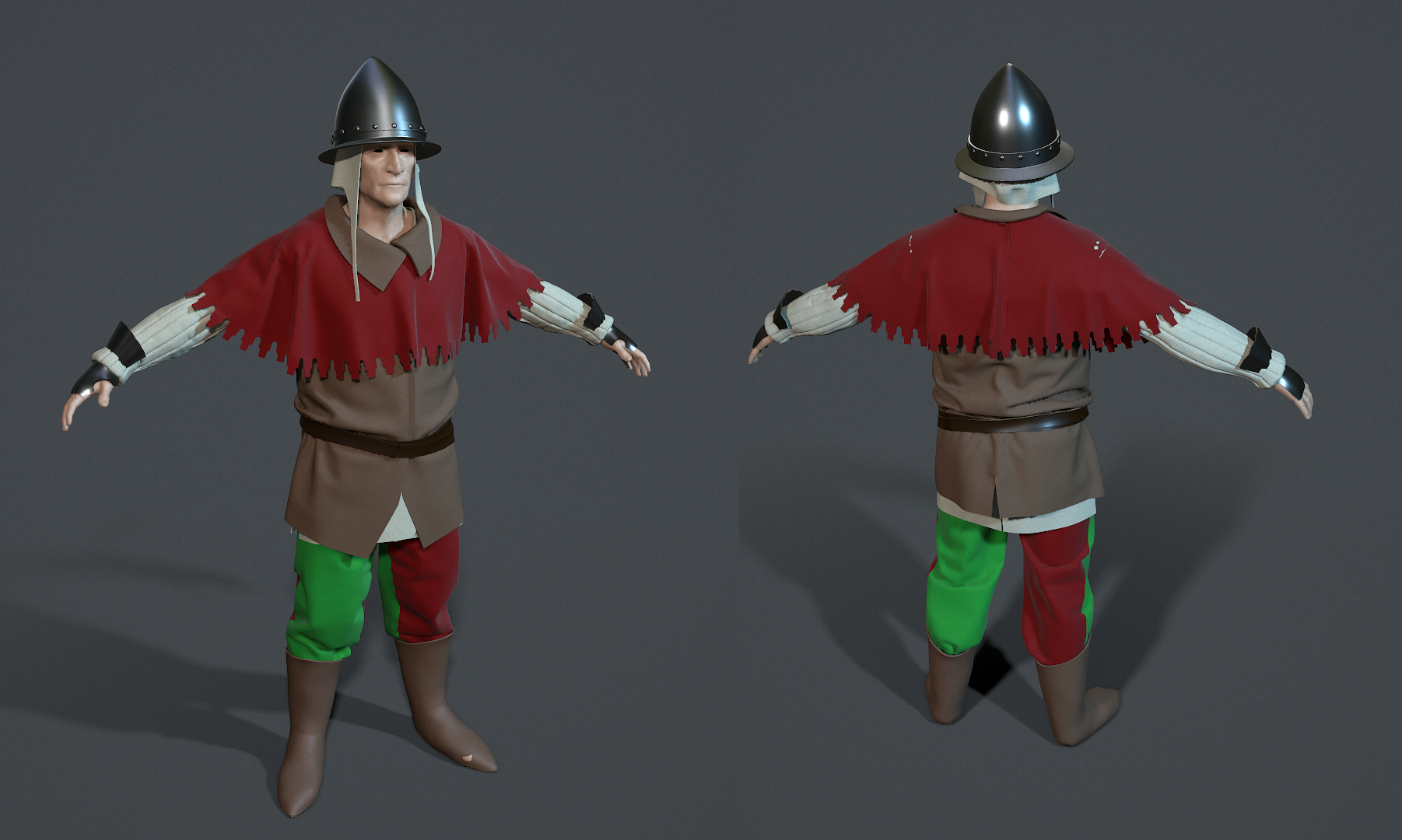 Looking at this I thought to myself: Man, he looks like a kid wearing his dads costume. This was good. seeing something flawed is another identified problem I could fix.
Since I made the blockout in marvelous designer I hopped back in and adjusted some proportions, reduced the size of the helmet and redid the cap. He was looking less like what I mentioned above. 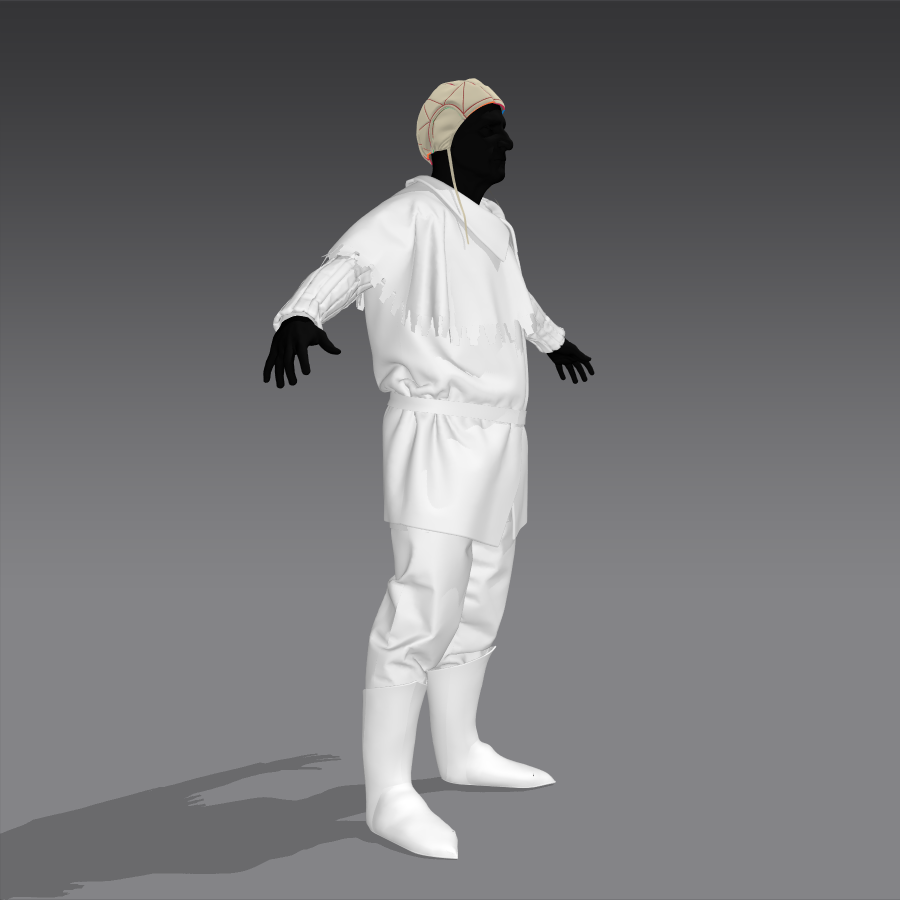 I know, sorry for the bad angle but hopefully you understand what I'm talking about. Removing his helm he looks more like a man than a kid. That gave me confirmation that it was indeed mainly the helm that gave the kid like look, and the loose clothing.

At this stage I was full on improving all the clothing, adding more detail. I knew I was getting somewhere, my fps reduced from around 80 to 20. This was good news. 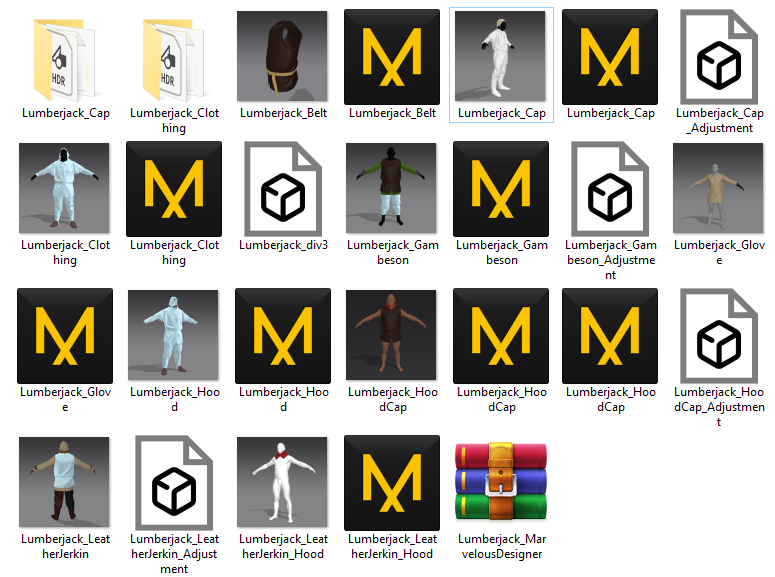 Here is a snipped of how I tackle clothing. I make the blockout. Lets say the blockout has 5 pieces of clothing: Pants, shirt, sweater his cap and boots.
I duplicate the blockout 5 times and 1 for each clothing piece. This is to ensure my PC doesn't bog down like a world war 1 assault on some trenches.

After thats all setup I can hop from file to file and easily implement changes withouth waiting super long for everything to simulate.
Oh, almost forgot. I put the pieces from the blockout in all the files not as a garment but as a still obj. I delete the pieces that are interfering with the simulated clothing and keep the ones that are needed (Kept the boots while making the pants because the pants go inside the boots) 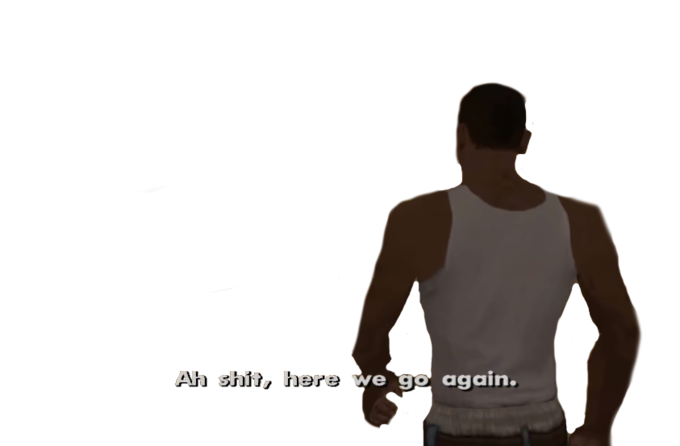 After finalized all that I had to do in Marvelous I export them all into Maya. In Maya I make sure everything is good, meaning there are no artifacts, or rats nests. All the pieces have nice UVs for potential patterns and general convenience I start working on the highpoly.

I never dynamesh these pieces, I always work in subd and one more reason they go into Maya before Zbrush is to make sure I have enough topology for an even density before I subdivide in Zbrush.

And here is the highpoly after some time working on all the pieces excluding the belt for no reason. 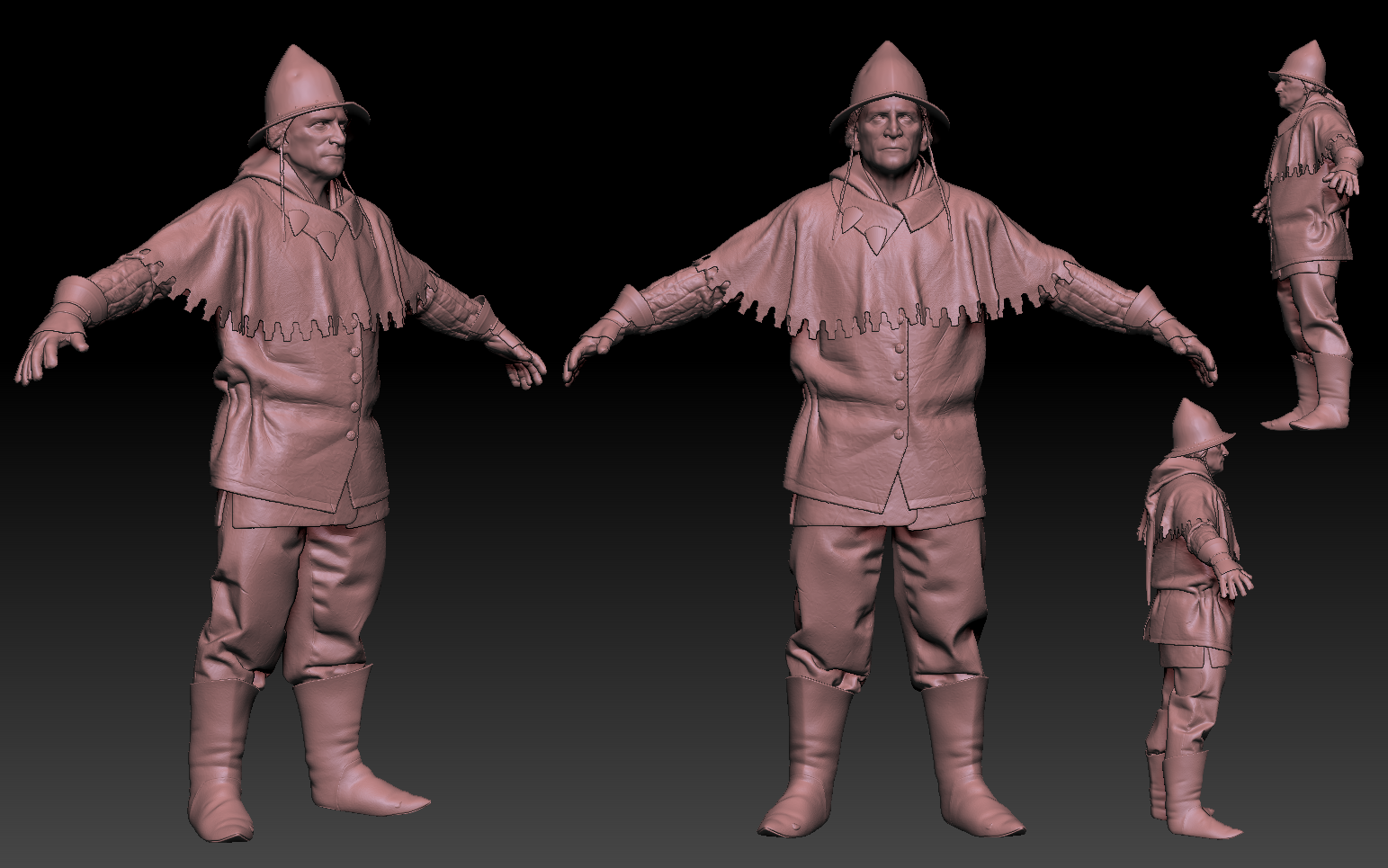 Here is an example of how I usualy work on each piece.

Add multiple layer.
Each layer has his own thing it does.
Effect on layer is mostly exaggerated so I set the intensity with the slider.

I firstly start with some major changes done in the lowest subdivision to get the main forms in. after that I go higher and add detail corresponding to a layer I.E. folds go intro ''stress layer'' damage goes into the ''damage'' layer.

Here is another one:

Fourth stage: RetopologyWhen I hear people talking about retopology it's always in a bad light, I like retopology. I compare it to something like doing a puzzle where you invent the pieces in 3D.

I mainly do retopology ontop of the decimated highpoly inside of topogun 2. When I retopologize making the topology fit for animation comes first for characters ofcourse, after animation its sillhoute. 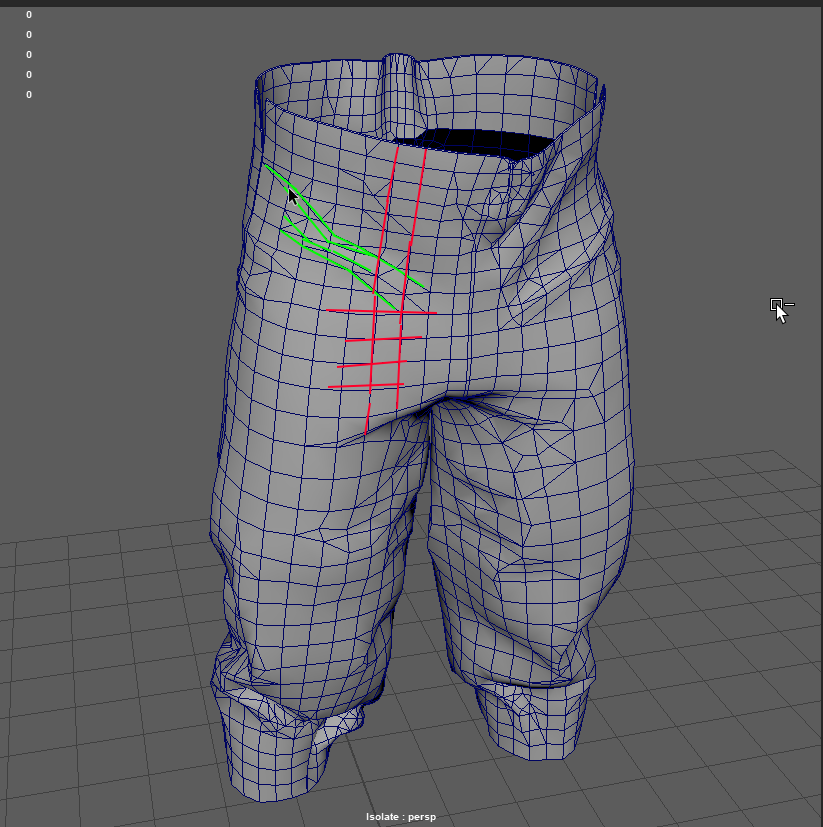 This is how I approach it, the red lines show all quad polygons I lay first. After that is done I place verts at spots where there needs to be more form. Mainly for folds, I completely ignore folds when laying the initial quad layer. I sometimes when working around edges will prioritize edgeflow around the edge. When working with rounded edges making sure the 3d edges aren't visible is important. Not to mention you need the extra edges to help with baking the normal map.
Here is an example of that. 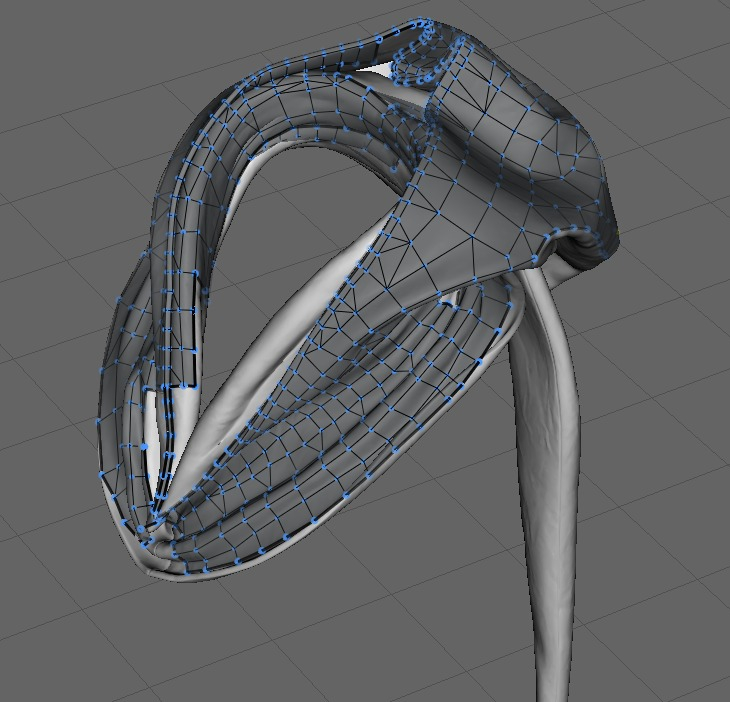 Here following the edges was more important than laying the quad base first. Here the polygons on the edges dicated how the topology flowed.

Here is one more example of strange shapes dictating the overal polygon flow. 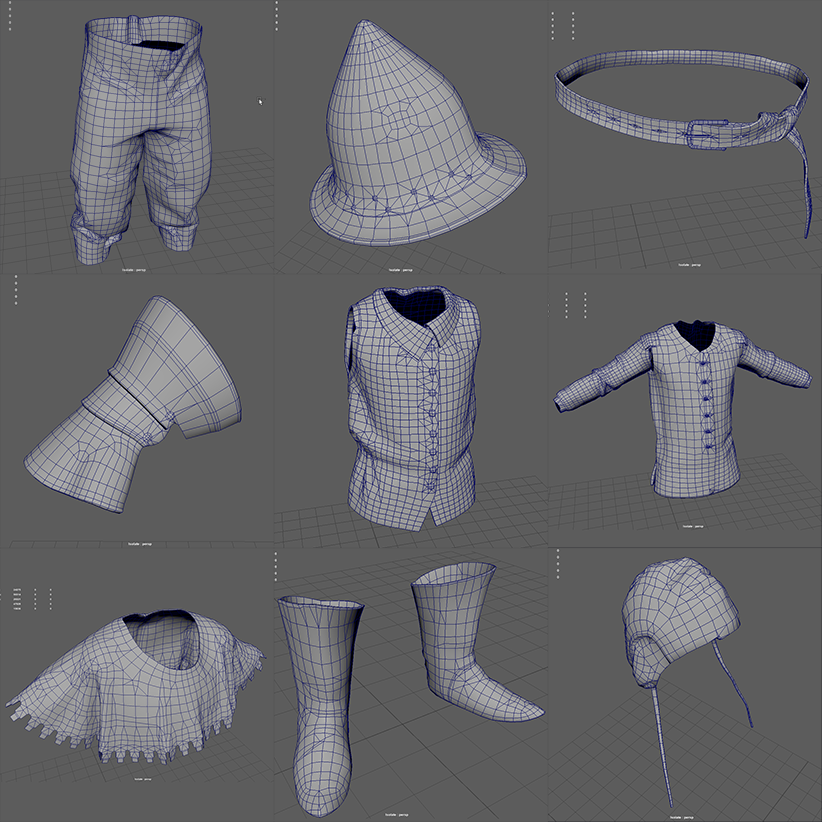 Here are all the major pieces that were retopologized. Whats missing here are the 2 axes and the head.
Currently the character sits at 71.484 triangles.

I unwrapped everything before I made texturesets, I knew a single 4k map was not going to be enough for the whole character. The head alone needed its own 4k atleast. I decided to make 5 texture sets, 6 with the head included. The head was going to get its own 8k map while the rest stayed at 4k. This boiled down to the head having a pixel density of 800 and the rest having a density around 280-300. This was enough for me and him. 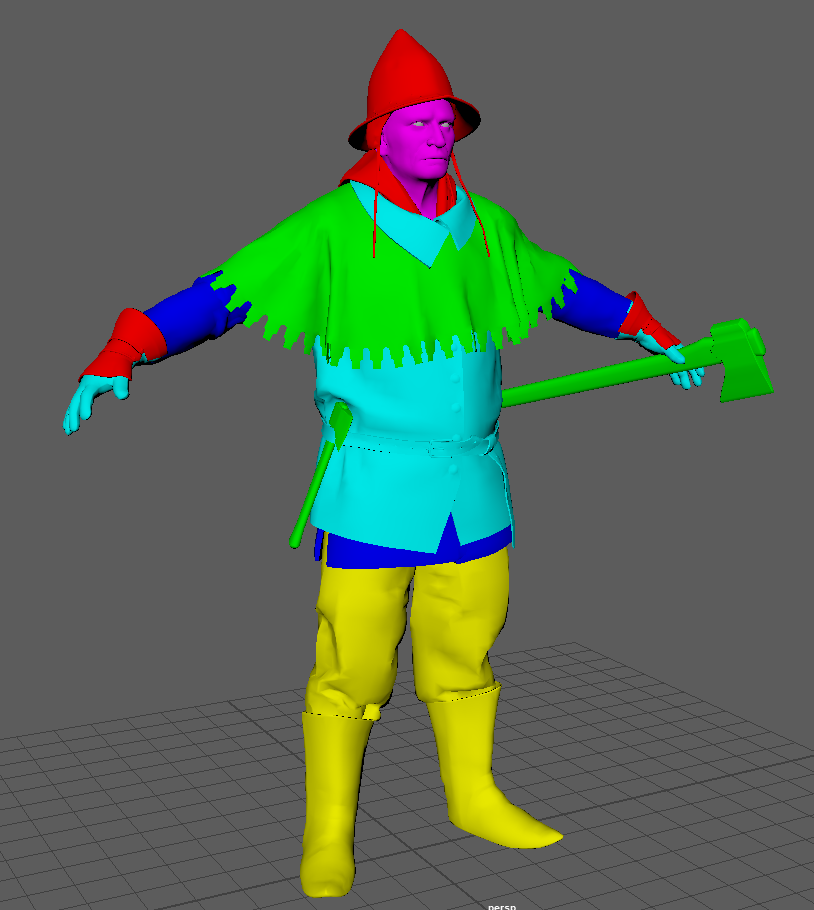 The different texture sets.
Fifth stage: BakingThis is something I had alot of trouble with in the past. I always zoomed in the edges where I would see pixels and get upset because some pixels were not behaving like I wanted to. Getting some basics in order fixed all my bad edges. Basics like harden your UV islands. Don't cut every edge. And also, just bake and see how it looks. change the edge groups or UV and see how it looks. your goal is not to get everything right the first time, your goal is to make nice bakes. Doesn't matter if you need to redo some parts. It's fine. you're learning!

I bake in marmoset because it is so much easier. Baking before marmoset felt like working in the dark. you couldn't see what was with your cage or you didnt have in program easily modifiable cage like marmoset does. It felt very disconnected with everything else.

Here are the first batch of bakes, you cant see that much but there were some errors. 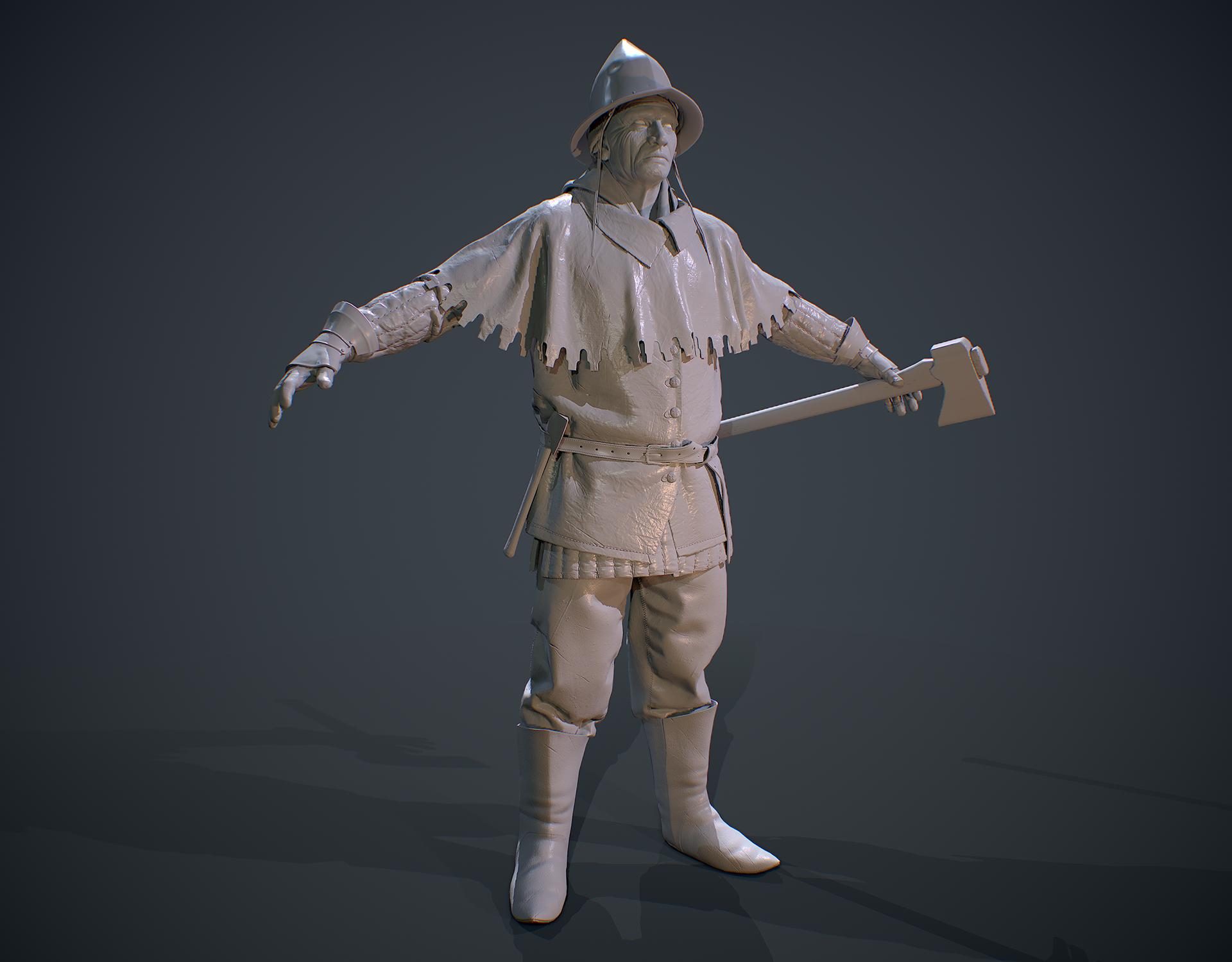