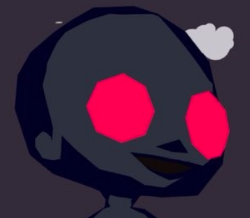 bigdeku
polycounter lvl 2
Offline / Send Message
bigdeku polycounter lvl 2
Sep 2019
I've been working on a lot of animations in Maya and am now switching over to doing some more interactive stuff in Unity and I am at the stage where I want a bit more visual control over the content I create. I have to make a decision about what to learn next but I am bit confused about the overlap between Substance Designer and Unity's Shader Graph.

How much overlap is there between these two tools? Can you essentially make the same animated and game ready materials in substance designer and then import them into Unity? Or are there Unity specific Shader graph modules that one needs to learn?

I suppose, in summary, as someone who is just getting into writing their own shaders and has some experience with substance painter, should I learn both of these tools or just one? and which one would be better to learn first?

(It's worth noting that I am also creating stuff in Maya also that's not real time/interactive so being to double up on one tool for two programs would certainly be useful.)