5jay5
Offline / Send Message
5jay5
Sep 2019
I have a problem with the IKFK arm i am building in maya. The upper arm twist joints, the last segment does a 180 whenever I move the forearm past 90 degrees. The upper arm twist is made of 4 joints, with the first and last attached to a EP curve, skin bind with a shoulderbind_R and elbowbind_R joint parent constrain to the result_upperarm_R and result_forearm_R joint to control the twist. The problem seems to be the elbowbind gimbal locks at 90 degrees, adding 180 degrees to the x and z axis. I just cant figure out how to fix this make this work properly. This happens for the shoulder and wrist as well. 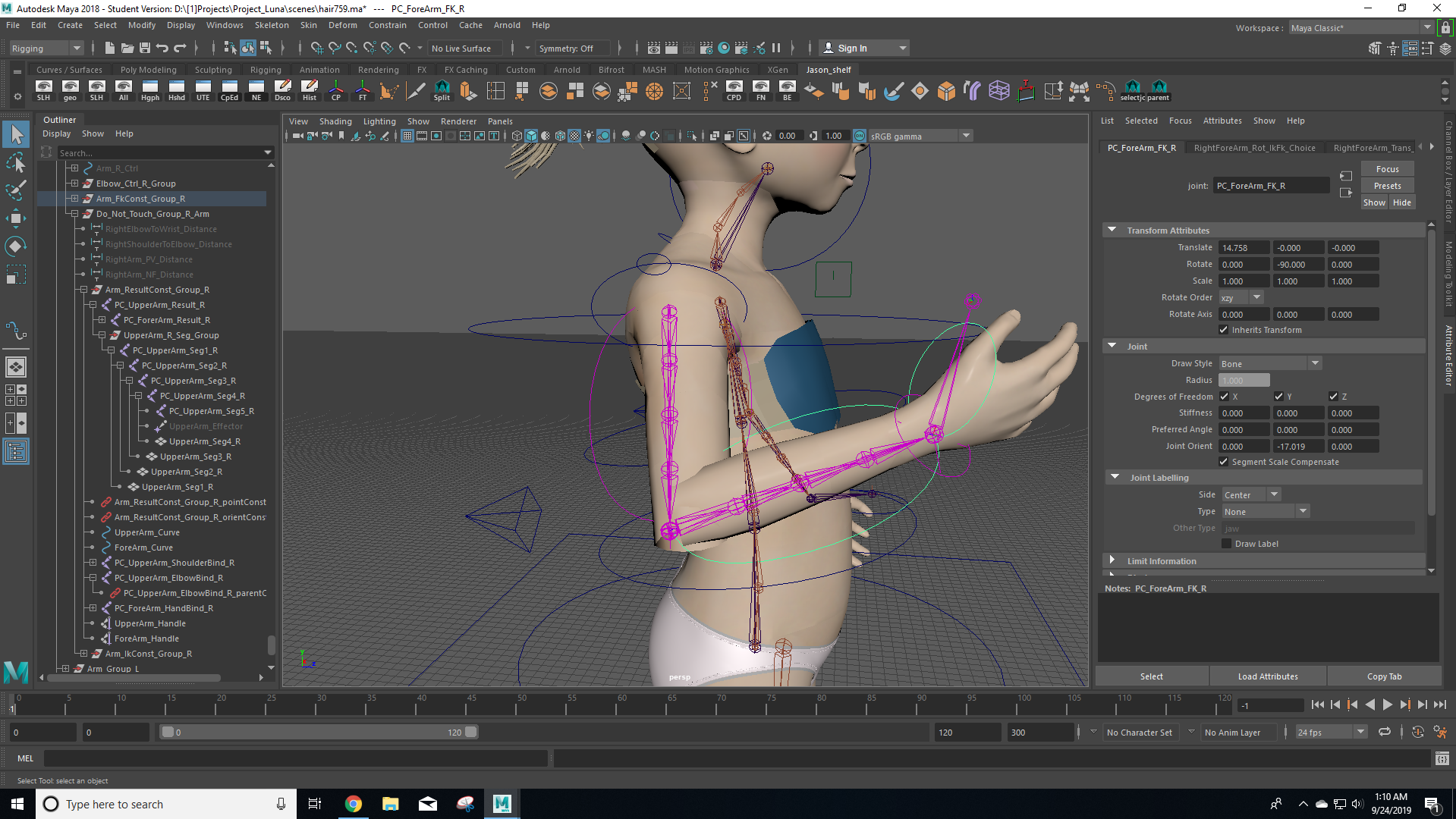 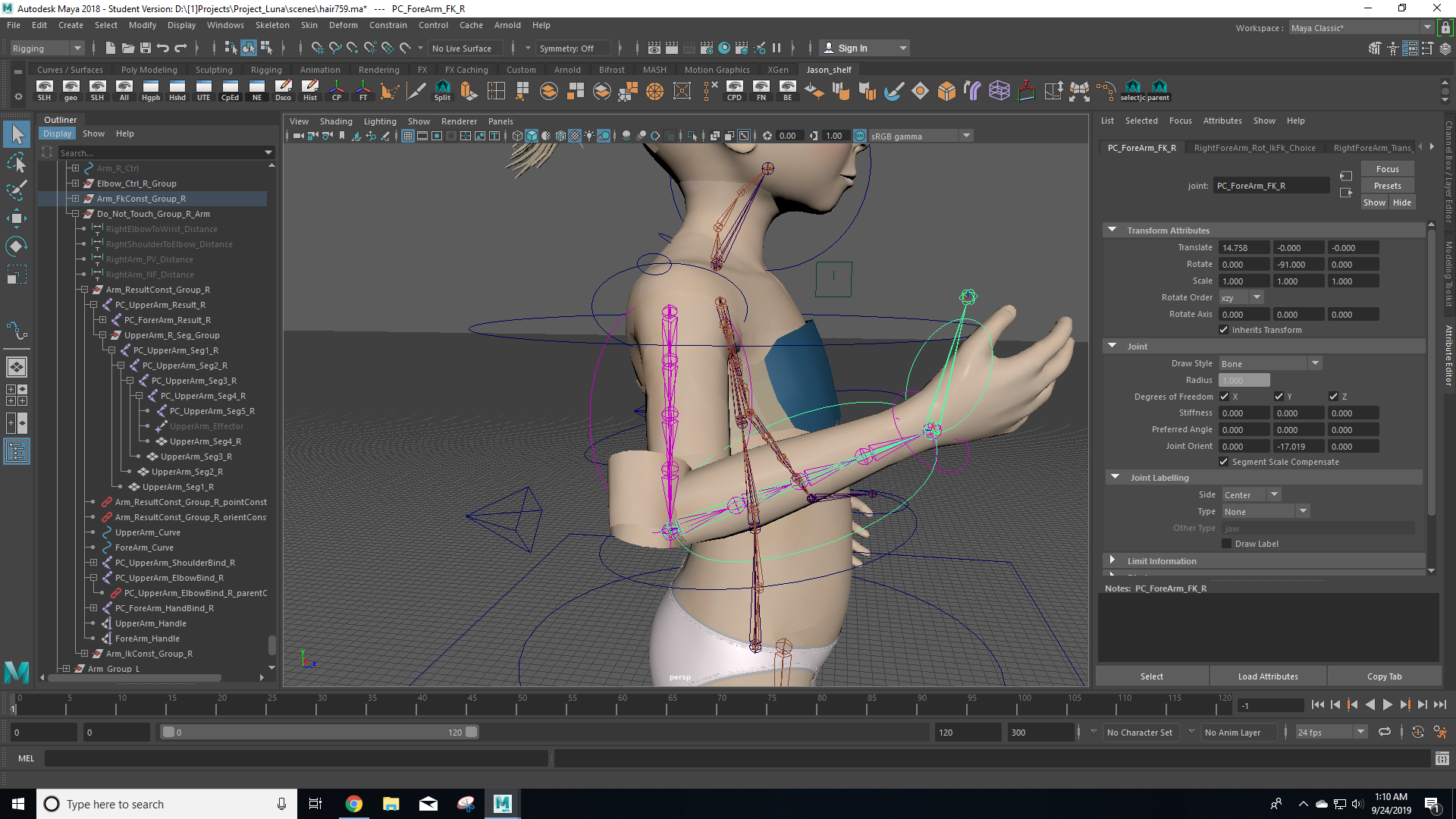 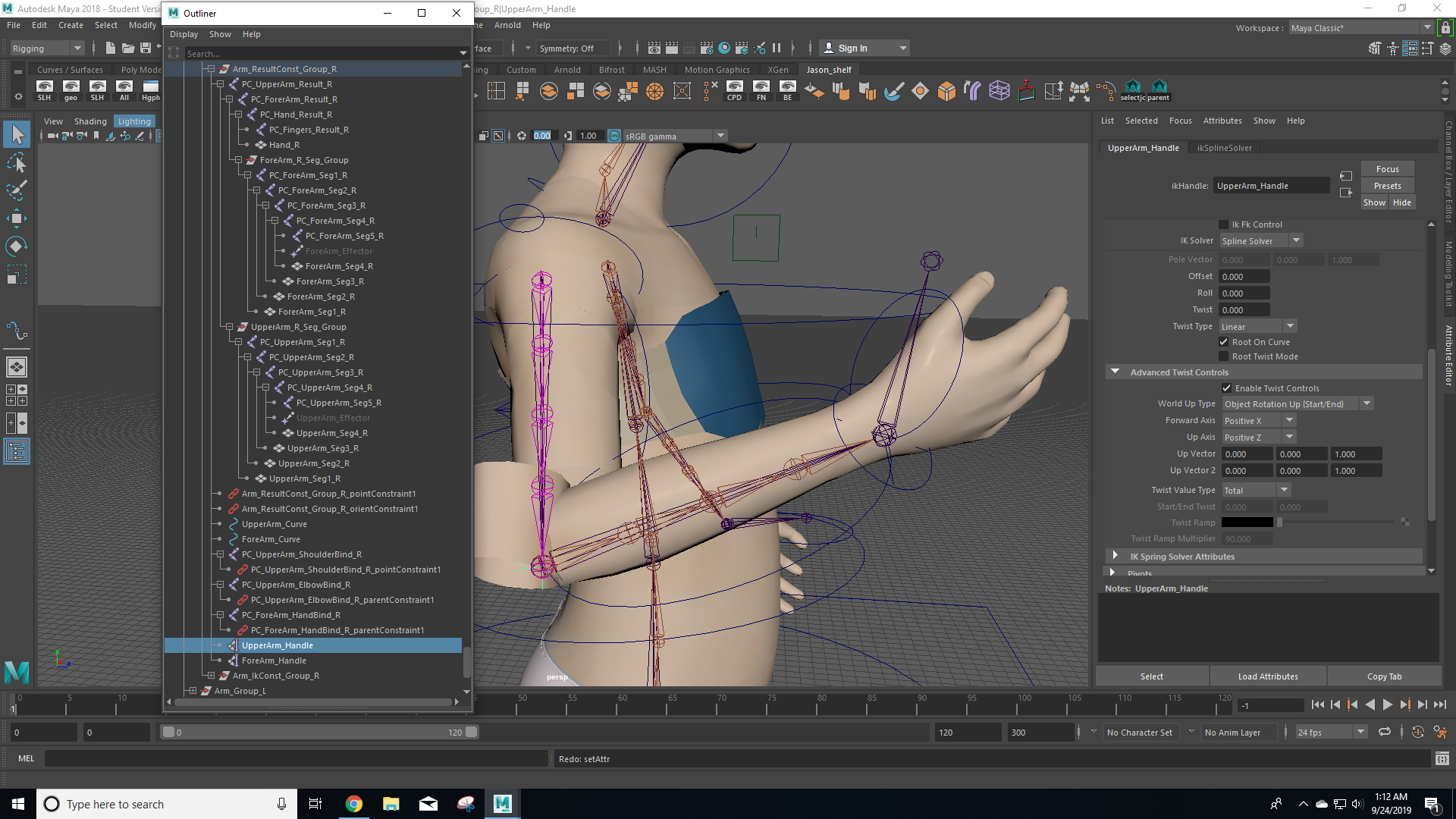