Job filled. Thank you all who applied.

Looking for someone to help me finish a small project of texturing and creating simple looping animations for some stylized props based on some concept art. Unfortunately, I ran out of time to spare on this project after I got through modeling and UV unwrapping them. The overall difficulty of this job should be low, so I am hoping for a relatively quick turnaround.

The texturing should be fairly simple, just using the provided concept arts as the guide, though the textures should be a little more tidy, as the concept art is fairly rough/sketchy. If you need more to work with, I can provide the style sheet the concept art was based on. Also, the texturing itself is for a stylized setting, so only a color map (and a normal map based on the smoothing groups of the model) should be necessary, as there will be no roughness detail.

A note about the UV unwrapping: It was unwrapped with the thought of being textured in something like Substance Painter in mind, so the model would be painted on, rather than painting directly on the UV itself.

As for the animation, I want short, simple, looping animations, most likely no longer than 10 seconds, the most complicated of which would probably be having some looping random looking motion to some floating objects. Basically, if you have experience doing simple animations, it should be quick and easy.

If I like the results you produce, and you know some modeling as well, I may have more similar projects in the future where you would take care of all the steps upon receiving the concept art, if you find the thought of future work appealing.

If you are interested, just message me here or email me at [email protected]

The attached image is an example of the most complicated model and texturing of the set, for reference of difficulty and style of the job. 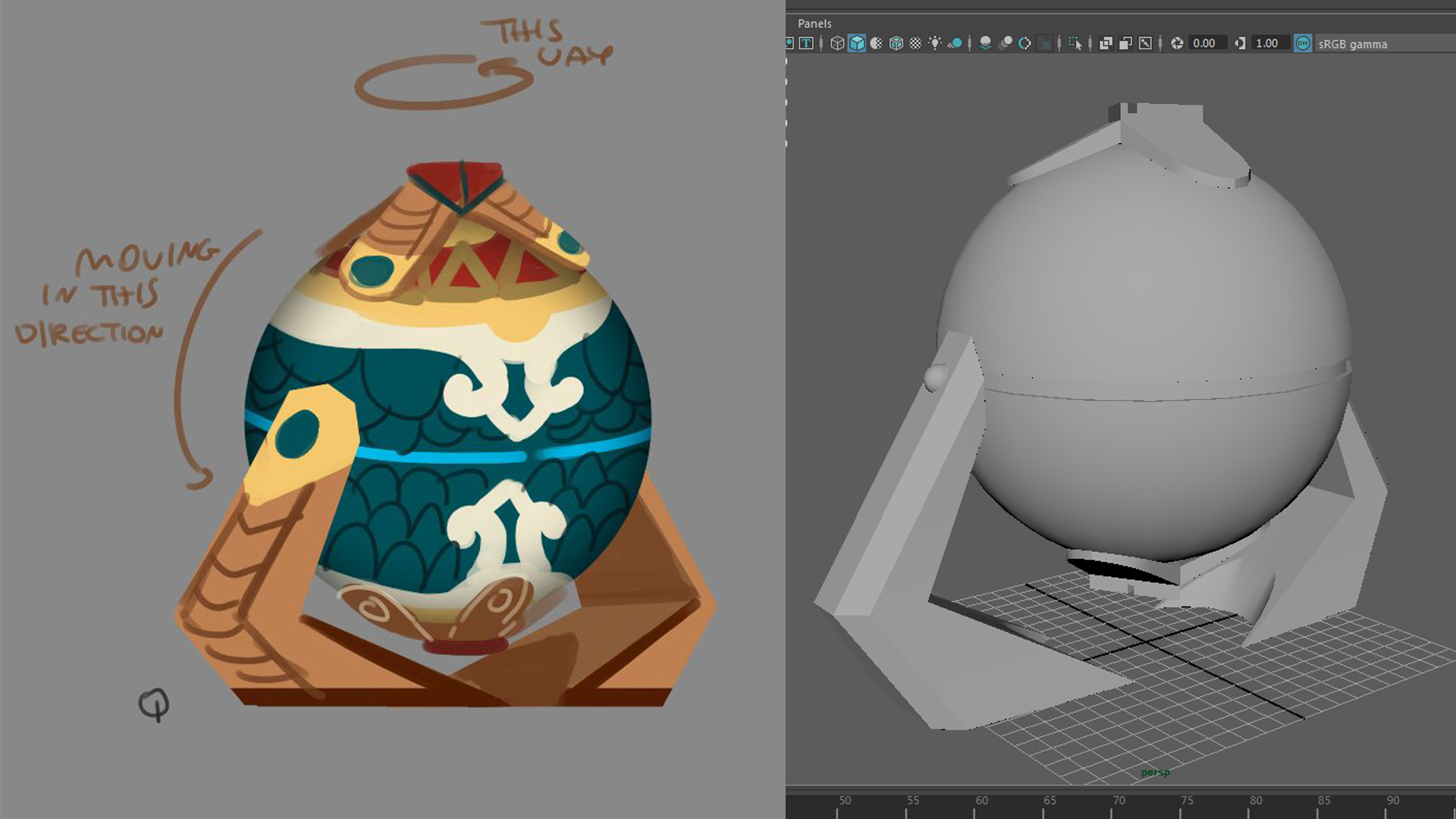