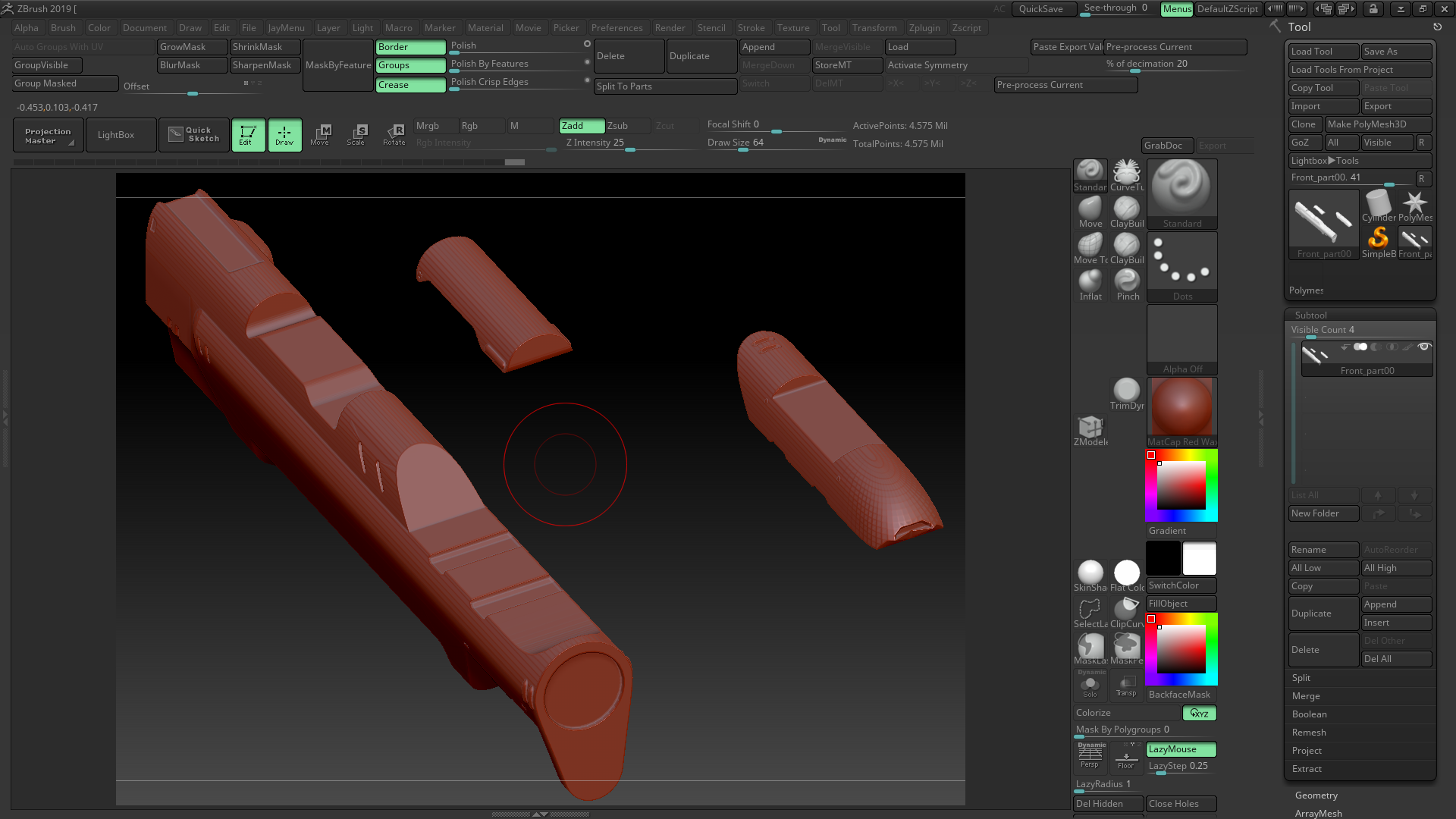 Hello friends, I am running into trouble going about a workflow using 3Ds Max to model a hard surface prop with smoothing groups and then transitioning to Zbrush to use those smoothing groups for gaining more control on smoothing and refining the sharp edges.

So I have seen a tutorial where a model with well defined Smoothing groups/ hard Edges in a program like 3Ds max can be used to quickly create UVs by using the flatten by smoothing groups function in the UV editor.

Then the required pieces are exported to Zbrush as subtools, each piece is assigned polygroups using the "Auto group with UV' function which gives us the freedom to Dynamesh each piece using dynamesh master to set Equal polygon distribution to each subtool.

BUT dynameshing each piece as its own subtool will result in varying poly distribution so and a heavier file.

Now the trick here is to use the Offset slider  XYZ to move each subtool away from its origin and then merging down all subtools to a single subtool so that dynameshing doesn't fuse the neighbouring pieces.

Now the problem I am facing is that if I set a polycount of 6 million for the set of pieces that I want dynameshed, it spits out half a  number like 2.9 Million or 3.2 Million polys

In the tutorial the artist is able achieve the exact polycount for the merged, offsetted pieces though the pieces have varying scale. Every pieces gets equal poly density.

How do I overcome this problem? I have followed the exact export settings and also the dynamesh master is able to achieve this result with its default settings. ( No projection, groups off, default blur of 2 in the tutorial )

I have tried the Unify command, tried scaling the original mesh, tried doing this with different pieces butt it still behaves by only spitting out a poly count that seem optimal for the merged subtools ( which are offset).

However Dynamesh master gives the specified polycount and works perfectly if the subtools are not merged and dynamesh individually but this makes the file too heavy and can't sculpt with a laggy viewport.

So what I am missing here? Please Help

(the 1st Image , In Zbrush shows 4 million poly count for all the merged subtools while I had set the dynamesh value to 8 Million) 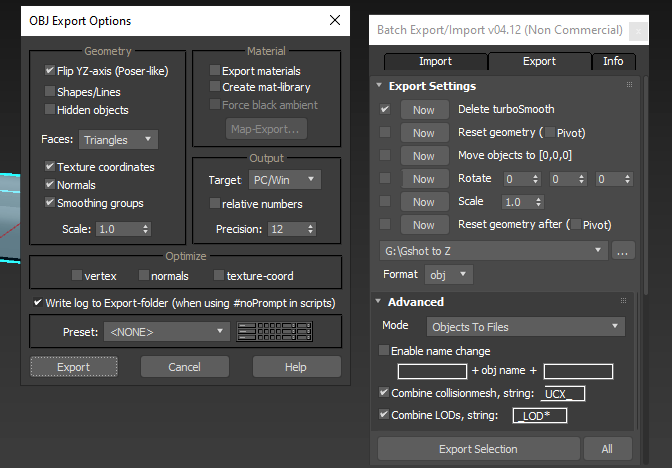