Unpaid Art Tests - Why is this even a thing????

Hi Polycount, I'm a freelance artist and recently I've been given two art tests. Both are unpaid and both expect couple of days to complete.

One demands 2 days of my working days and another is 5 days. The brief of the 2 day asks for game assets, character design AND UI design. The 5 day test stipulates that I'm not even able to maintain ownership of my work... both briefs has HUGE red flags for me.

I don't see anyone asking their dentists to do a free cleaning to see if they indeed have the chops to be your teeth guardian,

I don't see construction workers working for free just to see if they really can lift that 500lbs steel bar with their awesome strength,

Nor do I see a cleaner cleaning for free because their client wants to see if they indeed can clean at their satisfaction.

Most cases, even if the work you hired people to do are not done at your satisfaction, they still get compensated.

So why is it a common practice for artists to work for free? Why do people think exposure and experience is a compensation?
-----------------Why are Art Tests expected to be done for free?????

Just to note, I'm not a "FOB", I've worked in the industry as well as the design industry and have almost a decade of freelance experience so I know that my concerns are valid. Until all of us band together and say No to this "very common practice" this will be reality for all of us.

I appreciate your input, personal experiences as well as any advice. 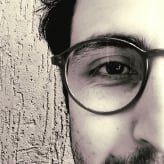