I've recently had a couple of characters set free from their NDA's and they're ready to show off a bit of their in-game animations. This is from the upcoming Torchlight: Frontiers, working with Art Bully Productions. All models and rigs provided by Art Bully, all work completed in Autodesk Maya 2016/2018. Enjoy and please feel free to leave some feedback, it's how we all get better! 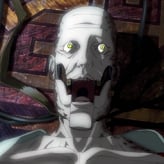