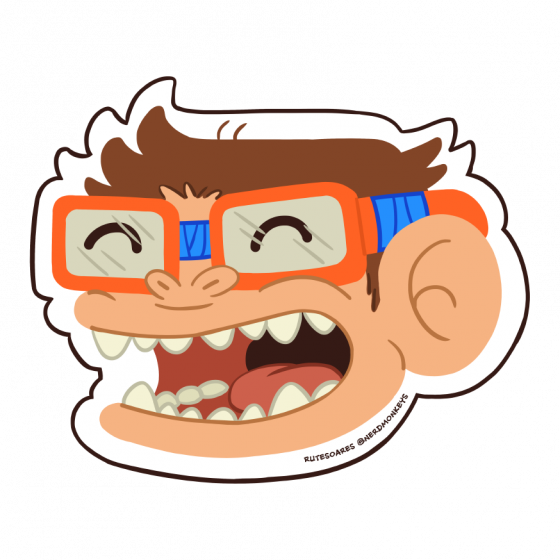 Detective Case and Clown Bot in: The Express Killer

(This is the follow up to PART 1) if you just got here, there are MAJOR SPOILERS ahead for some parts of the game.

Unlike the previous game, The Express Killer was done over the course of 3 years. With the company now established and some client work going on, I decided I could do a sequel working in-between clients. We could now also afford to pay a bit more to our colleagues, friends and hire a few more people. The main programming duties switched from José Rua to José Castanheira and I delegated more art to other people and focused on story and better art.

And YES, both programmers are called José, just like Justin in the Portuguese version, Justin Case is called José Justino. It’s all a big coincidence, OK?

More time for development meant more time for animations! And a cool trailer to go with it.

I was also a bit more at ease with life and, after the disaster that was my previous company, I was (and am) being more careful with how we work our way through the fascinating world of game development. Still hate the business side though - “Just give me the money and I’ll make the damn game!” – said the crazy Portuguese guy after being asked a simple business question.

Same writing style as the first, with a bunch of ideas first fleshed out and then going back to start fine tuning everything. Portuguese version shown here.

For the sequel, I paid very close attention to our reviews and what our Steam players were saying. I carefully took into account the good and the bad reviews and reflected on what could be done better and what should stay the same.

First, I decided to keep the core values of the game. The resolution, colors, the main characters, and anything that was already done would not be touched up.

Secondly, and keeping in touch with the audience, I realized one of the main things missing were the puzzles (or mini-games, as they are called in-game). Here we have a full point’n’click game without any puzzle in sight! This was an easy decision.

Thirdly, the interviews. People loved them and people hated them. I know why this happens and it has nothing to do with the core mechanics. It really is a matter of opinion (about the way they are implemented). I won’t go down into details of how they work and why but my gut told me to stick by them so I stick by them. Also, I love these silly interviews and the fact that the player has to pay attention not to be tricked is something I really like.

The Duarte's being interviewed by Case. Photoshop mockup.

Once again, I brought in Nuno Saraiva to draw the characters and do some promotional materials. As for the pixel art and animation, since we had more time, I decided to play a bit more with the characters and try to give them more life by treating them as if they were main characters. This meant full walking cycles, some reactions and sitting/standing positions. I split the work with the programmer as he also draws and wanted to do some pixel art.

Nuno Saraiva characters are always such a joy. Just needed to tell him a few tips of what I wanted and PRESTO! Only the girls needed a makeover as the first versions was too weird.

The rules for the art remained the same with the added code for the characters to move around the rooms and pretend to be doing something.
I also brought in some old discarded animations for Case and made new ones for specific cases.

The cameos in the game also got a bit bigger. Not only members of the team appear in the game as does a character from another game and the band that plays the end credits.

Doing a pixel art version of real people is always tricky. Specially when they have to fit in with the zany characters drawn by Nuno Saraiva. But I think they came out fine.

The band that sings at the station and in the end credits are a real band! Who knew!?

All the sets were done by Uriel Cordas. DUDE, he knocked it out of the park with the sets! So much so that our previous artist asked for the PSD files to take a look at everything more closely.

Just click on this image and check out the tiles. Uriel really went above and beyond with this one.

The train sets were based in the 80’s Intercidades train that goes from Lisbon to Porto. But we did some changes for the sake of gameplay. They are shorter and things are a bit more further apart. Keeping the style of the original, everything is curved. For all of the sets, I kept a distance and focused on reviewing and rearranging whenever some assets were needed, colors, doors, etc. Kept my work focused on backgrounds, characters and other stuff and only picked up the locomotive.

The locomotive is based on the 80's and 90's Intercidades (Express) locomotives.

The 1st class carriage is the most luxurious train car ever built (in pixel art).

Besides the sets, Uriel picked up duties on these animations. Fortunately, we could afford to take as much time as we wanted so they turned out just perfect. All of the older assets I kept, such as Case and Bot, the “rounds” and other small menus and items.

Early on we discussed what could be interesting to happen to each one of them as you take them through the interview. Did a simple excel sheet with all the animations and Uriel picked that up and went to do the good lords work.

The 3 girls that are on their way to a festival try to trick Case pretending that they are going to visit their great-aunt in Porto. Case and Bot can see right through their sleazy tricks!

Shifting my time from the interviews to the rest of the game meant I could focus on other things like the mini-games. These are needed to interview each one of the suspects as they will not let you interview them until you complete their respective puzzle.

There are 6 puzzles, all very different. My favorites are the cassettes from the girls and the mustaches from Goldman Sanchez. I kept the same rules from the rest of the game but took some freedom with the way the player controls the arm of Case.

Originally I wanted the tentacles to move the puzzle. But it would be to hard to complete it that way.

The solution to "stretch" Case's arm was to fade it out, pixel-art style.

Just like the first one, moments were done to highlight some important event.

There are a bunch of them and the one I show here actually does not appear in-game. It was only used for the trailer. It was supposed to be for a sequence that I ended up cutting from the game.

Clow Bot knows he is in the game and usually breaks the 4th wall. There is a point in the game where he send Case back in time and this animation was suppose to connect another one for that. For the trailer, and re-using part of some work already done, I wanted Clown Bot to come flying at the camera, grab the screen borders and jump away pushing with him the next shot.

Again, my sketches are horrible, and this one has stains from some coffee mug and something else I don't even know. But the idea and execution is what matters so I don't really care.

First pass is getting all the shapes in place and doing an outline. This takes the longest time and I go back and forth a lot.

After I am happy with the flow and motion, I go back and fine tune the line and colors. After that come the special effects, shadows, camera motion, etc.

I also wanted and old-school 80's 3D floor but it needed to look pixelated and completely pixel correct with the rest of the sequence. My solution was to render a 3D tube floor in 3DMax without any lights, anti-aliasing or picture enhancements. Rendered it all to the exact size needed and then used some layers in photoshop to get some pixelated shading.

And BAM! Clown Bot zips through the screen!

Travel back to the past

At some point in the game, Case finds out that nobody is the killer and he start imagining that he, in some moment of madness, might have done it. So he asks Clown Bot for help and travels back in time to try and see the killer doing it. Something goes wrong and he gets sent all the way back to when he was younger and had just started working as a detective.

For this section I wanted the game too look older than the current style, but not too old. Castanheira asked to take on duties for the old Atari/Spectrum style and re-did some sets and art.

We tried different styles with more or less color bleed (just like in the old days) but ended up choosing something that would not make people barf. I also kept this section short as it would be an eye-sore to spend more than 15 minutes in this “reality”. Overall, I think it is a nice surprise for the player to go even further back and see the game de-resed.

Not much was cut, unlike the first game. I did, however, still restrained myself of doing something to crazy, like voices or upping the resolution to something similar to 16bit. I still have some final touches to put on the game, specially related to the relation between Case, Bot and Billy, the new character.

Detective Case and Clown Bot in: The Express Killer just came out on Steam. I have absolutely no idea if we will sell anything or how things will turn out but I know one thing: I did the game(s) I wanted to do and with it created a new videogame company. I have no idea if it will last or if we will ever “make it” but that is not the point. The point has always been to go ahead and do what makes me happy, even if it is the most foolish decision I could make.

Also proud of the size of the sequel on disk: 106 megabytes

Thanks to Diogo Vasconcelos for going all in with me on this.
Thanks to José Rua for getting on this crazy journey with us and sticking around.
Thanks to Luís Bacharel for the beautiful sets.
Thanks to Uriel Cordas for his patience and wonderful train.
Thanks to José Castanheira for answering the phone.
Thanks to Rafael Pina for the awesome classical music.
Thanks to Nuno Saraiva for the coolest character designs in the world.
Thanks to João Sapiro for reminding me to do this post (and for the toe nail!)
Thanks to Ricardo Gordo for the awesome Rock music. Check his band here!
And thanks to everyone who helped me make these games possible. I love you all. 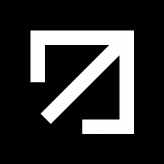 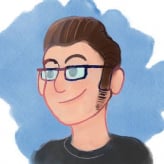 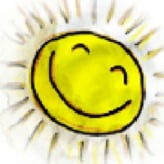 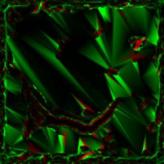