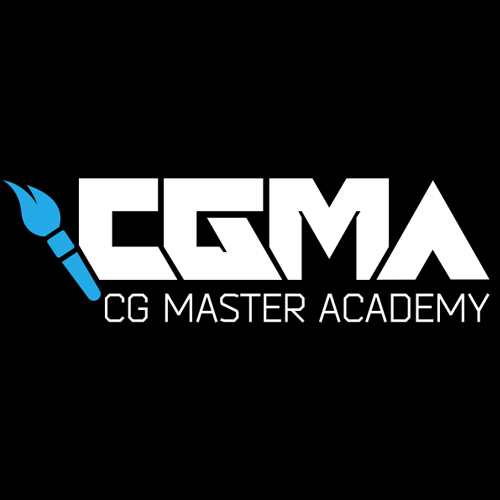 Check out the work from CGMA student Christen Smith , who shows us how he created an amazing modular set that he did Anthony Vaccaro’s Organic World Building class with CGMA.

Looking back, I believe my last article with 80.lv was almost 2 years ago on the Dead Space Cockpit, which in hindsight was at a very high polycount, rendered in Mental Ray, and textured with Mari, being that at the time I wanted to work in the film industry.  At the time of making that piece, I was a couple of months shy of graduating Gnomon, still trying to find my way in the industry. For a long time at I had the idea of being a VFX artist, then a generalist, to which I again transitioned from into environment art exclusively. After my contract with Naughty Dog orking on Uncharted 4 with the environment art team, I think that job became the bar for me, to which I compared every subsequent job too. I worked at Lightstorm Entertainment as a Lab Artist and several other VR contract jobs, such as being lead environment artist at a really cool startup called 3D Live, working on a project called Flatline, a VR experience about well…flatlining and witnessing dying and then coming back to life (the game is available on the Oculus Store, it’s a good time), then a contract as an asset creator with The Third Floor, a previsualization studio in Los Angeles for 4 months, which was a ton of fun. Since then, I’ve found my happy place working on environment art for games.

I happened to work on a couple of Anthony’s levels doing LODs and shadow proxies during my stay at Naughty Dog and discovered CGMA after noticing that several Naughty Dog employees were teaching classes there.

The new project started during the first week of Anthony Vaccaro’s Organic World Building class with CGMA during week 1’s block in phase of the assignment, where we had to come up with reference and an asset list for what we needed to build after picking any culture we could think of to base the manmade portion of our environment on. Coincidentally enough, I had just watched a really interesting documentary on Ghengis Khan and needed a snowy terrain to add to my demo reel. I think my main goal for this particular piece was to get the most I could out of the class while wanting to revisit the scene later on after I completed it.  I have this ongoing idea that I’ll make an RPG in UE4 at some point and that this snowy tundra will be one of the biomes for it.

The main goal for the modular assets was to make something that could be easily rotated, scaled, and translated in many different ways to get a lot of reuse out of that particular piece.  The hero cliff can be rotated around to get a lot of variation from each of the sides, as well as any of the rocks.  There’s another mid-sized boulder that can also be rotated or scaled to squeeze a lot of mileage out of it as well.  Since the class was only 10 weeks, we pretty much made one or two variations of each but were highly encouraged by Anthony to make more variations after the class was over to vary it up even more. For each different asset, I drew inspiration very heavily from my reference sheets we made during the first week and tried to come up with shapes that the hero cliffs and rocks could be for the purposes of modularity, kind of like Legos.  For the hero cliff, I actually used my block-in geo (also mostly modular) for the basic shape and scale that could be brought into Zbrush for the sculpt. Even after the sculpting phase, it’s a good idea to bring the piece back into Maya to duplicate it around and make sure it works as a modular piece, then I continue with decimating the sculpt back down once I’ve checked to make sure it works.

The grid in Maya, when set up properly, is a must for locking in scale and proportion. As an added measure, I like to bring in UE4’s default mannequin to further check scale and proportions of assets, or other meshes to further compare scale. The key challenge is creating an asset that complements the other assets in that they work in harmony with each other while thinking about primary, secondary, and tertiary roads.  For one, the asset has to add purpose to the scene.  For another, an asset can look amazing on its own but doesn’t flow well with other assets, as was something I learned the hard way when sculpting multiple iterations of the hero cliff, an asset that takes quite a bit of time to create.  The 2 cliffs looked great on their own, but had very different directionality, so when placed side by side, they looked terrible.  Adding to the gameplay is the most crucial part of making a pretty environment as well.  If the asset detracts from or hinders the gameplay in any way, then it isn’t working and should be quickly removed.  Establishing a good block-in with the gameplay as a top priority is what the assets are based on.

I’m in the process of teaching myself Substance Designer, so most of my textures are made through trial and error and skimming through tutorials, or through sculpting them in Zbrush and basing the rest of the material from the height map created there.  As for the rock material for the bigger hero cliffs and boulders, I really wanted to get those deep cracks found in sheer cliffs, and am not great yet at making convincing ones in Designer, so I ended up sculpting those in Zbrush.  To save on texel density, it’s a good idea to make even your materials modular, or getting as much reuse from them as possible rather than having one to one textures for every single asset in your scene.  The cliffs, boulders, and small rocks all share the same material, as a result. Obviously, this also saves a lot of time, as you aren’t sculpting out a unique material for everything.

In games, it’s all about doing things the best way possible, but also the cheapest and fastest way as well.  To get the snow on top, I used the World Aligned Blend node in UE4 and made scalar parameters to be able to edit these values on the fly.  I think the biggest challenge, for me at least, is making a tileable texture where the viewer can’t tell that it’s a tileable texture.  You really have to watch out for unique bumps or details in your texture that the eye can easily spot and see it being repeated over a large area, so finding the right balance of catchy but not standing out is the key to making the repetition subtle.

The dirt material was made in Substance Designer, mainly to add some nice break-up to the white of the snow.

The snow shader was made entirely in Substance Designer, which was a challenge since snow inherently doesn’t have a ton of detail to it, plus it’s white.  The challenge, therefore, is in making a snow material that’s interesting, so I wanted to make the snow look as though it had been pushed along by the wind, making small dunes.  A variation of the soft snow was created afterward to break things up.  As a final detail, I added shinier snowflakes using a roughness map that sparkle when perpendicular light glances over it.  I then created a landscape auto material with transitions and hiding tiling textures in mind.  When the landscape material is a certain distance from the camera, a distance fade is applied to lerp into a “Far” texture with bigger tiling, which masks the smaller tiling pattern.

I think the main thing that sold the look of the landscape was in varying things up and having good soft transitions between the different materials that taper into the others, rather than harsh transitions that didn’t make sense or feel natural.  I think the most important thing though is constantly referring back to your reference, which I used to be really bad at during my time at Gnomon.  You really want to have that look and feel locked down early on and to stay true to it, and your reference has all that information in front of you.  I think I mentioned this last time with my Dead Space article, but “an artist is only as good as his or her reference.”

I think the two biggest things that I took away from this class, on a conceptual level at least, were the value of your PST’s, or primary, secondary, and tertiary shapes, and the importance of good transitions.  Your primary shapes are the biggest and first reads in any composition.  The secondary shapes are the slighty smaller ones, where the tertiary shapes can be thought of as the little details.  These also create nice blending and transitioning in your scene rather than harsh ones that can break immersion and really take you out of it. I also think this was Anthony’s overarching theme throughout the entire course, and he did a fantastic job of reinforcing the idea time and again.  I learned a great deal in this class, as the teaching and delivery of it was outstanding, but if I had to take away anything from the class, it would be those two concepts.