1st - Maria - A Type of Liberation
“Foolish child, do you desire death so much?”

“I’m no use to you now,” she mustered the strength to reply.

The mage shook off the final traces of surprise.

“I will let you bleed out, if you so desire.”

He sat on the stained windowsill, trying to recall the last time he spoke to a Demacian. Unlike Noxus, they were a nation of closed borders and stagnated morals. He inspected the girl’s mutilated lower half, trying to gauge how long she had left.
2nd - Roy Graham - The Stranger
“Drinking alone isn’t good for the health,” Arnold heard himself say. He had crossed the tavern to speak with the man, and now, closer, his suspicions were all but confirmed. Next to the stranger, a boxy object of some kind rested on the table. White body, black and jagged handle. A relic weapon, he thought. So the rumors were true.
“I never drink alone,” said the stranger. He nodded, inexplicably, in the direction of the artifact. Arnold sat down. “You’re him, aren’t you?”
“Depends who him is.”
“The Purifier.” Arnold lowered his voice. “The man who hunts the dead.”
“And if I am?”
“Then maybe we have a chance, thank the gods.”
3rd - Nora Storet - A Cog In the Wheel of Progress

“What is the principle upon which our city was built?” She asked, filling the silence as she sat a little straighter, refusing to be destabilized by her own doubts.

“Yes. Progress. Pushing the boundaries of knowledge and science. It’s a fragile and intricate process that asks of us to know our place and do our part. And trust me, my dear, I’ve played mine long enough to know that progress comes with one thing and one thing alone: change.”

Camille took another sip of her tea, observing her niece’s reaction from behind the brim of her cup. Her words foreboding the weight that one day Anna would have to carry on her shoulders. 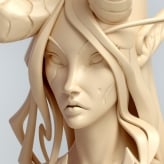 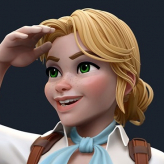 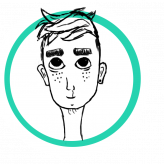 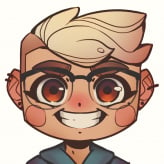