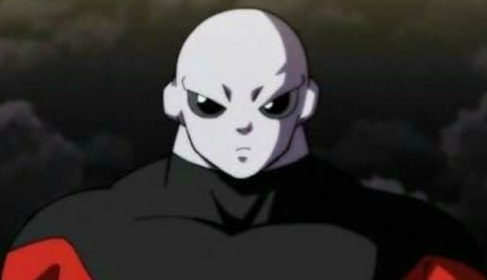 EROSENTINEL
null
Offline / Send Message
Pinned
EROSENTINEL null
Feb 2018
Being a main Ryze player for many years I always wondered about his true origins and the content of his Scroll.  Based on one of his old taunts where he claims getting some of his tattoos in rune prison.  My story is about Ryze's capture and entry into Rune Prison, his findings inside and subsequent escape.  These events lead to the meaning behind the scroll and his involvement in Runeterra's foundations as we know it.  Unfortunately my story spanned 10,000+ words so I decided to divide it into acts and submitting the first one.  This is my vision of Ryze and how he thinks, behaves and interacts with others.  He is wise, witty, in control, acting with purpose and seeking magic knowledge.

This is my final draft, some things might change before I submit but they might be minor and I will revise this.  I will release the rest of the story later, if anyone is interested.

He speaks in your voice, reason and logic and there is a look in his eyes that's full of wonder. Why must they chase him? He did not understand it at first. Was it jealousy, military interest or perhaps like him, the pursuit of knowledge?  It was only recently that he started to look at things from a different angle. He had been having peculiar dreams lately.  Dreams…if you could call them that  they were so vivid, and so clear that they feel more like memories than dreams by the next sunrise.  Why is it then that he was sitting captive in this carriage?  This, too he saw in a dream.  “I could have avoided them at Mogron Pass by taking the route to the West,” he thought, “and while skilled, they were no match had I gotten serious; ugh.” Like the flow of magic, he intended to let events play out.

All things happen for a reason, as everyone has heard once.  Ryze knew what that reason was, how many can claim the same? He knew that he would soon meet there with the man who could explain to him what had been happening lately.  How exactly? He was not sure.  When and where? He had a pretty good idea: Rune Prison, a place that is as hard getting in as it was breaking out of. It was a place for the most dangerous, powerful and notorious individuals and creatures. Ryze didn’t know whether to be flattered or worried.

A band of bounty hunters had taken their time bringing in a travelling man for reasons unknown, but they did not do any work other than facilitating the transport and passage. The real star of the show was a young girl who took him on all alone.  She was a powerful and resourceful magician with a mysterious identity, only known as the Spellthief.

“I’m tempted to spell bind them and leave, take these cuffs and stick ‘em…somewhere safe.”  Fun thoughts to pass time as the scenery passed by through a tiny crack of the carriage’s wall.

The lush scenery quickly turned cordovan and slate gray like the color of the Great Barrier peaks. The carriage was blisteringly fast, and he understood the reason behind the Spellthief’s choice of crew.

Ryze turned his attention towards his captor. The slender young figure was covering her head with a shroud, hiding her identity from her companions as much as her prisoner.

“Bounty hunting must be a really lucrative affair; even little girls are doing it.” said Ryze, with a hint of sarcasm and a smirk on his face.

“This little girl put you on shackles! Remember that when you’re staring at the ceiling’s cell with nothing to do.” said the slender maiden with an irritating tone.

“You know, I haven’t seen magic like that since I left the Dematian capital” said Ryze with a challenging tone, as if insinuating something.

“Be quiet or  I’ll put a binding on your tongue!!!” the young captor said, more worried than bothered.

He knew the reason why, it was amusing to him. “What should I call you, young hunter?” asked Ryze.

The preppy squire on the left spoke up before anyone else “How clueless can you be?”

“You are in presence of the renowned Spellthief, show some respect.” the squire continued in a high pitched tone.

The tension rose between the Spellthief and Ryze but the atmosphere was dismissed as the carriage came to a sudden stop, they had arrived. Rune prison, an opulent structure rivaling the neighboring hills in scale and stature while shadowing the surrounding valley. Carved out of unnatural rocks, a reminder of the powerful terraforming magic of ages past.  The bridge leading to it would form into place as they made their way across, crumbling behind.

Meeting the carriage was a tall and slender figure with a menacing look and long dark hair. He was escorted by towering arcane golems, sentries and a man-sized statue pulled by crimson raptors. Introducing himself only as Warden Velxur, he greeted everyone with a bow.

“Your reputation precedes you Spellthief, a pleasure to meet you” said Velxur.

“Likewise Warden,” she bowed,  “Dematia is graceful for your service.”

“You are all welcome to stay for dinner; however the stay would be permanent”

“Don’t want the word out on your cooking?” interrupted Ryze with a chuckle.

Velxur turned to Ryze in a graceful and calm manner.  “Ahh, our guest of honor.  Do not worry, you’ll have plenty of time to acquaint the menu.”

“Spare me the pleasantries; mind telling me what I’m being charged with?” asked Ryze.

“You are charged with destroying scrolls from the royal library and eluding their summons.”

Ryze laughed “Petty crimes if you ask me and besides, most of them had errors…”

“Save it for the High Council” said Velxur, signaling for the statue.

It opened in half, revealing an interior of markings and incantations, while the outside had etched crystals void of color. The Spellthief channeled her binding cube towards it, forcing Ryze to it.

“Price of admission” said Velxur, Ryze stepped in and it closed. Velxur proceeded to chant, channeling energy onto the statue powering its markings.

The statue worked by draining and neutralizing magic, a painful procedure to induce magic exhaustion on the subject. Ryze screamed with anger and emotion, the more magic he generated, the faster it drained into the crystals, changing color as they filled.

The Spellthief had seen enough, she boarded the carriage and headed back. However she could not shake the feeling that something was off.  Any criminal would have tried to escape or even put on a better fight. Any criminal would have revealed her true identity,  Luxanna Crownguard, King defender and royal member of Demacia.  She shrugged it all off except the conviction that she will see him again.