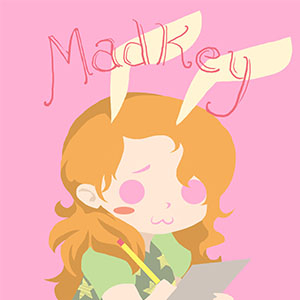 I've been playing games for as logn as I can remember, and I fell in love with League immediately, not so long ago. I like games with lore, I'm the kind of player that likes to explore, play visual novels and enjoy RPGs (and D&D), and that's why I kind of waited to play this game that everyone was talking about at that time. I  was gladly surprised at how much this game has improved and expanded its world beyond the game, I enjoy all the details in this big universe and can't wait for more.

I like thinking about the relation between the character's "real" world and the "Summoner's Rift".

I think every champion has their personality trying to show up through their animations, skill set and dialogues, and that's why I cannot take their designs lightly. All of the new champs seem to had a lot of work  and I was very interested in the development team's podcasts. I loved the way the team worked and conceived Taliyah, she was an example to understand the way the team worked on the champions; that's why I decided to work with her since she's one of the champions I know most ( I was tempted with Diana too :DU )

SO!
I started with a brainstorming of ideas that were in my mind for months. I liked the idea of an Indian/ arabic / sandstorm skin for her. 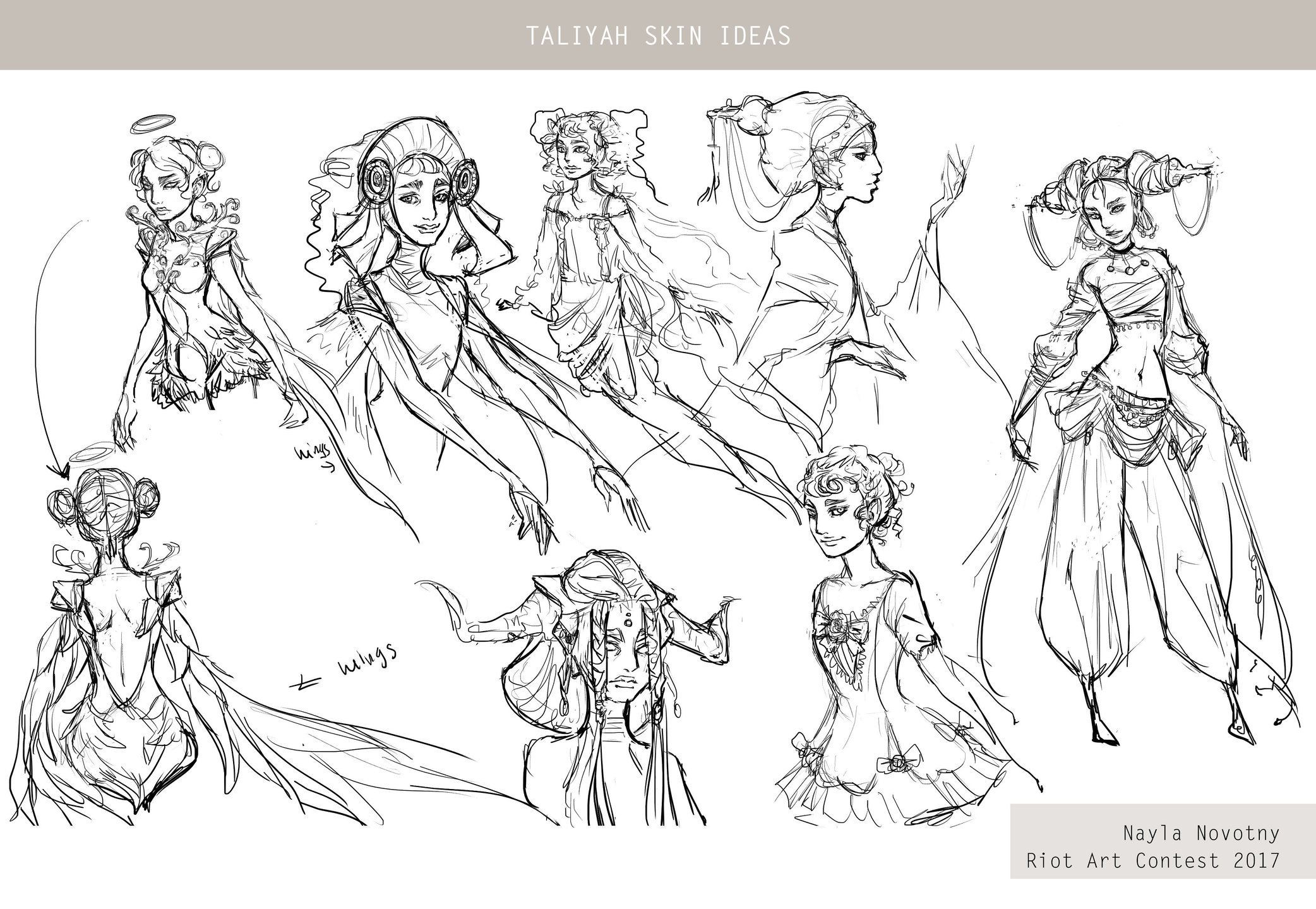 I stared at the sketches and thought: " Well I don't know if this is gonna work at all!" I mean, it could be good as she stans still, but couldn't see if this would work in action, with her animations and personality. I looked for a lot of reference about her concept art again, surfing photos, perspective and movement. 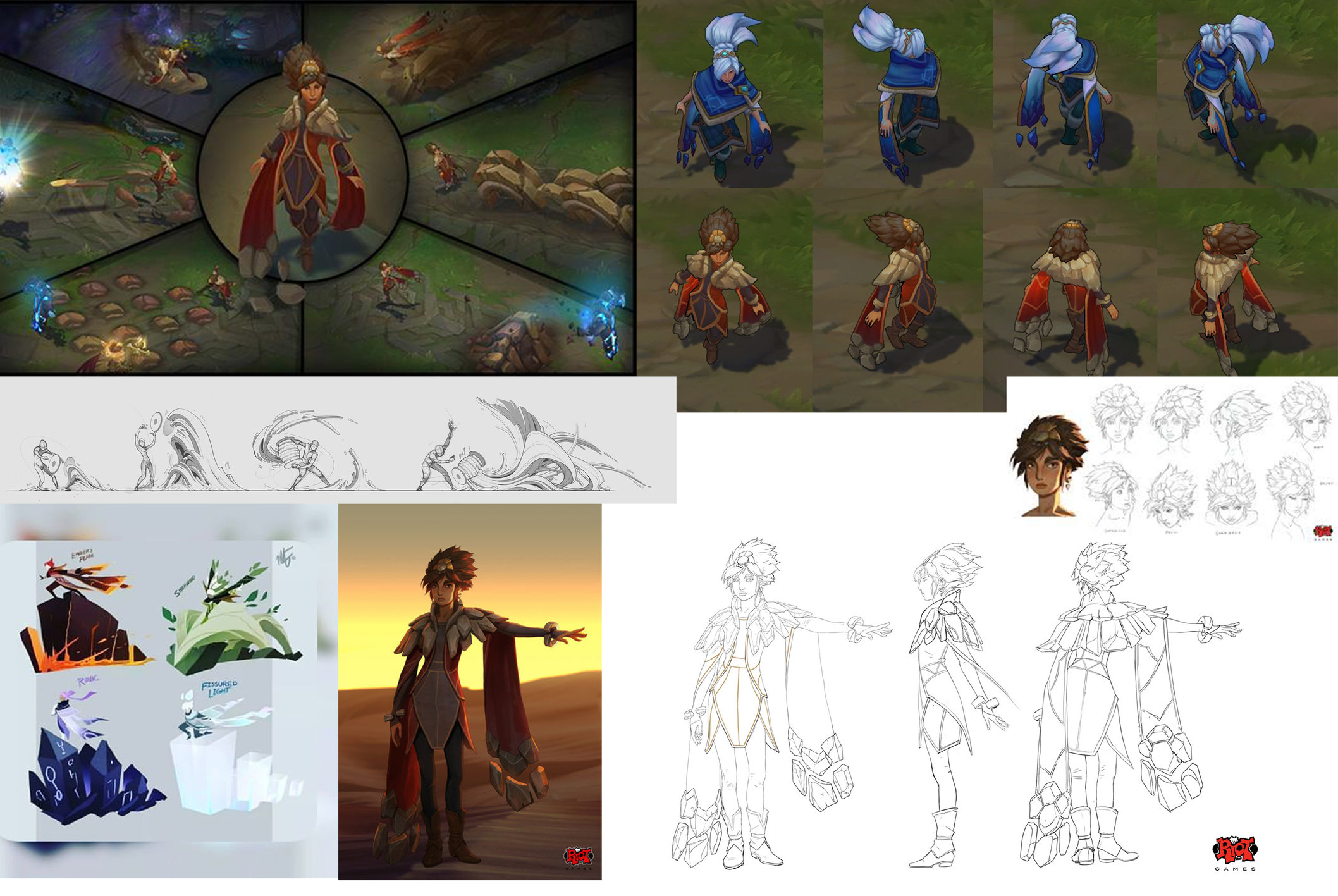 I'ver NERVER drawn people surfing, and I found myself questioning whether my illustration would be showing her passive like her two existing splash arts. I understand that her passive is important from the splash art perspective, composition and elements are similar. I looked for more references in order to try skin ideas with her passive and possibly in her future splash art if I decide to imitate the original illustrations. 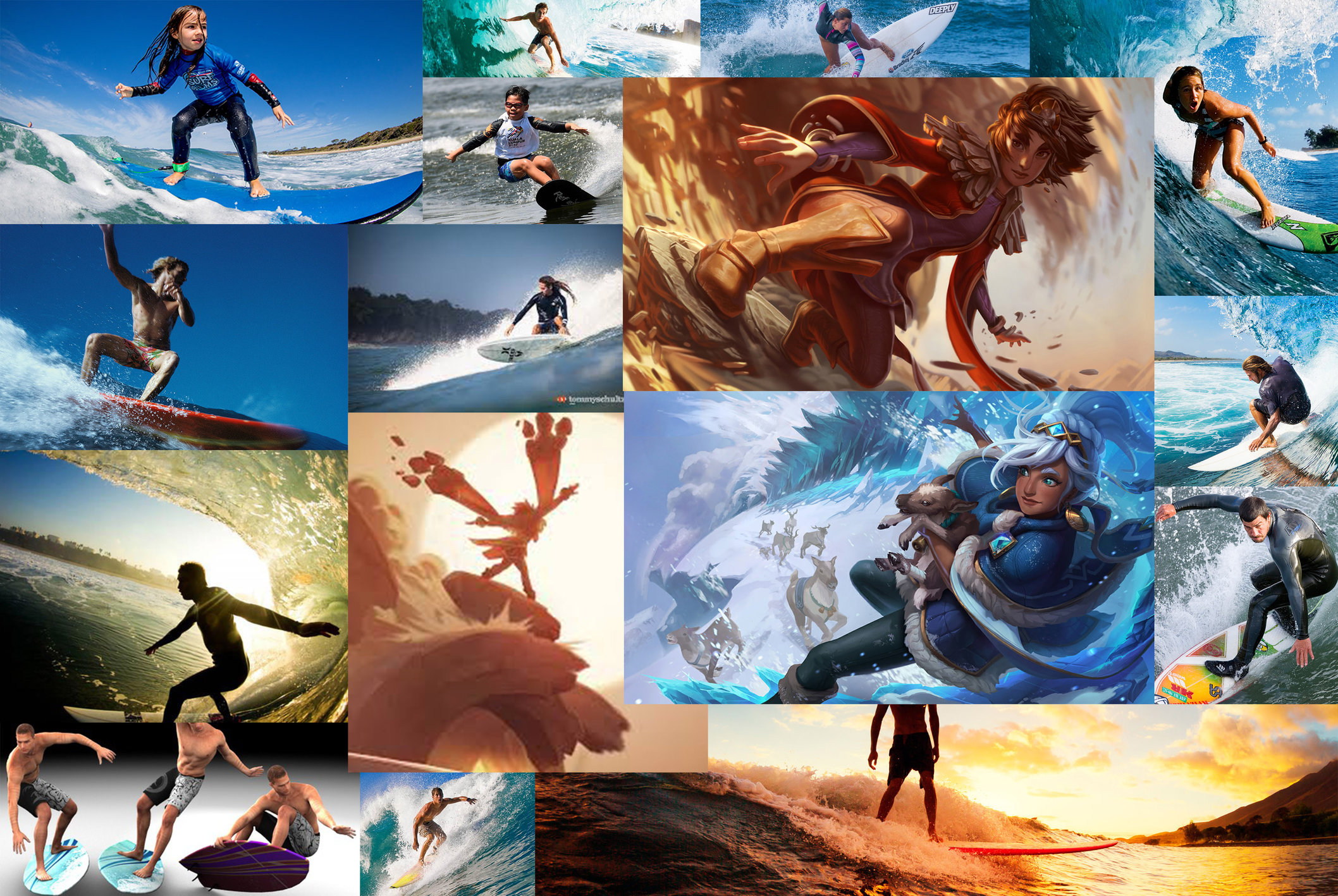 So, I made more sketches, this time thinking about her movements. Movement is part of her identity as a nomad. 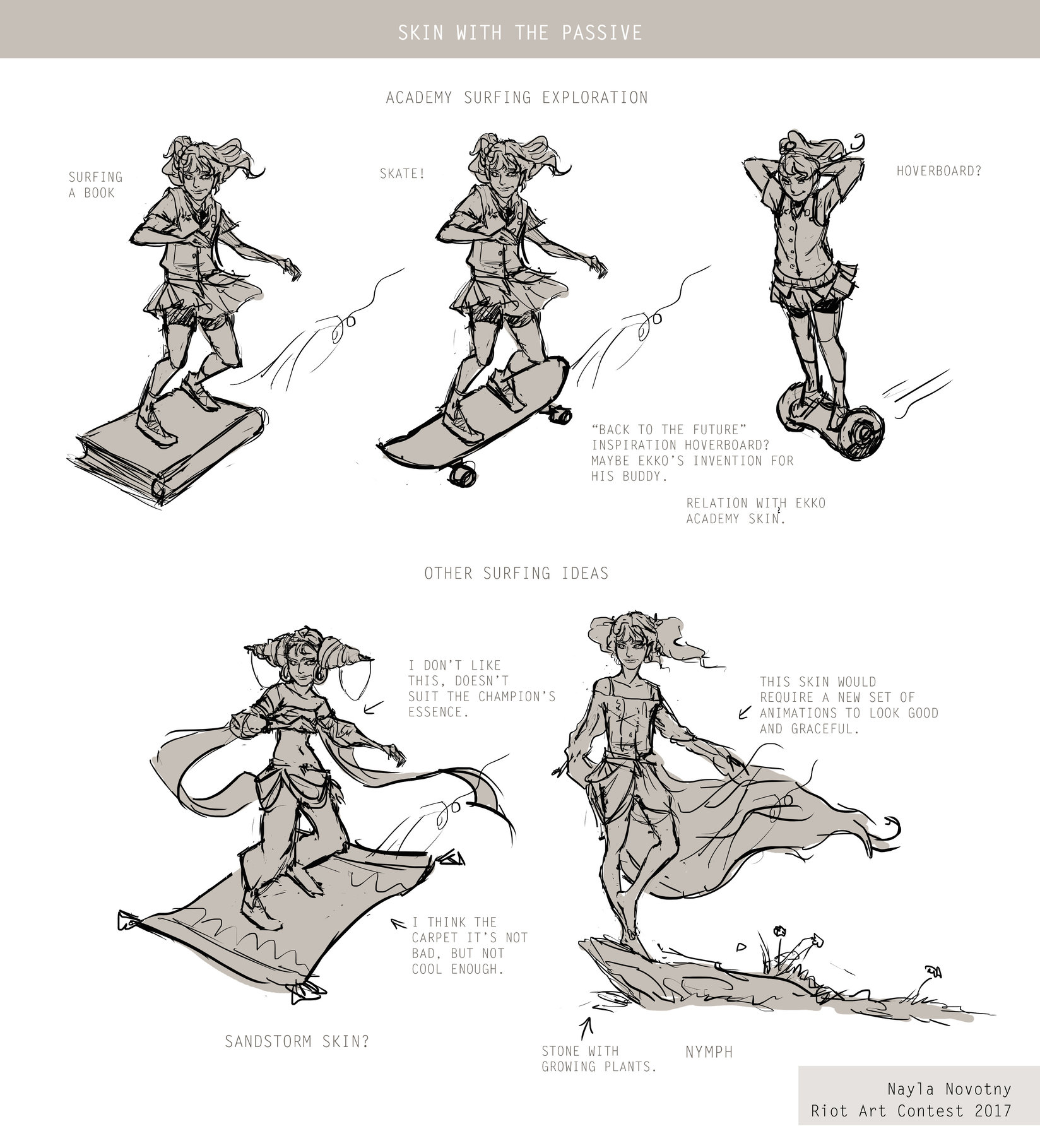 Months ago, I thought about making an Academy skin for her using Skintober as an excuse so I fell again in the idea to work with.
This design was the one I made for Skintober, it's not bad, but it's not saying  "you have to buy me" right now, so I will do an exploration sheet later. 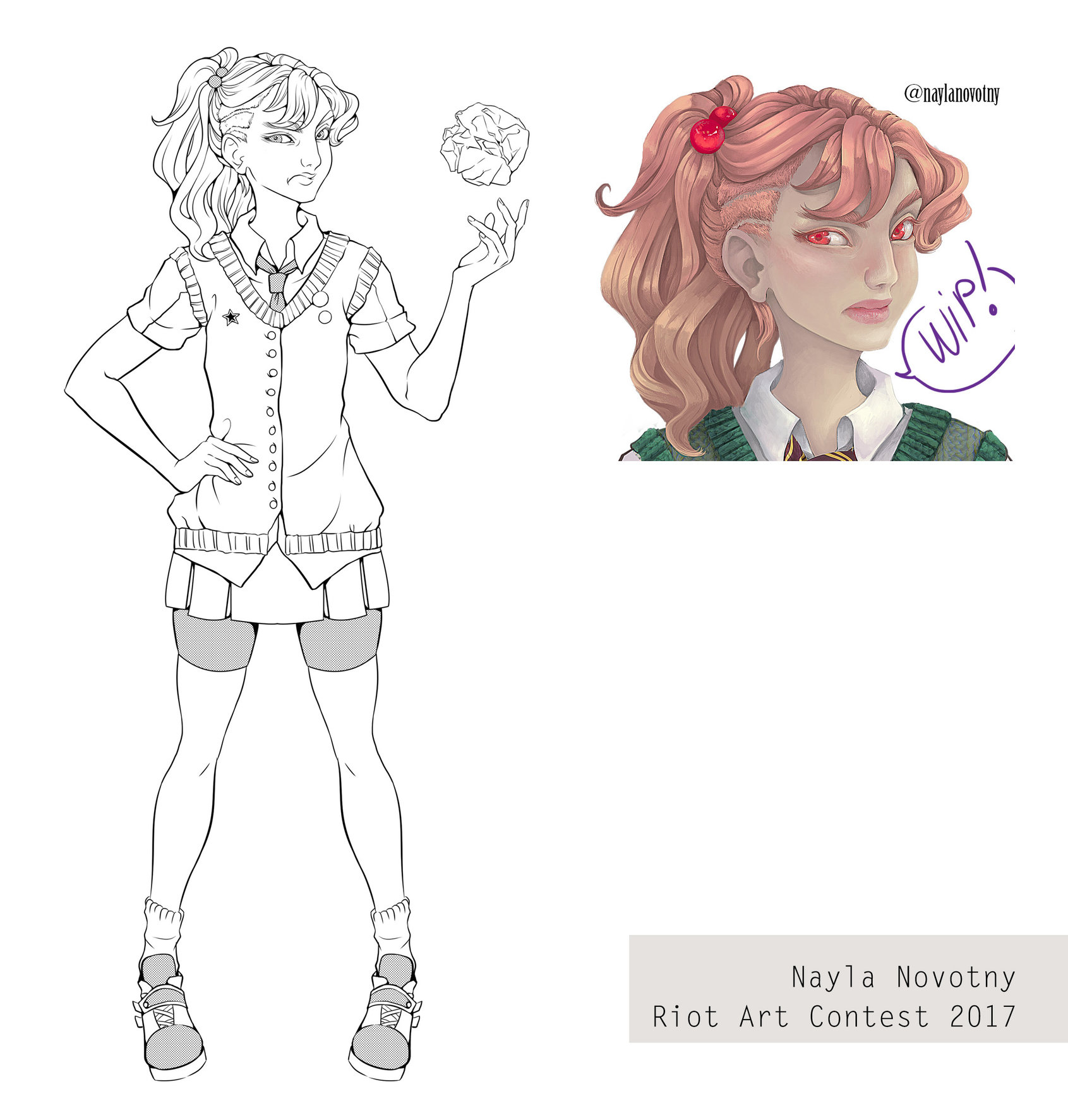 And I will go with the skateboard, or the hoverboard made by ekko as her passive board, I'm excited to do more sketches about that, with a retro feeling

Glad to meet you all! C&C are very welcome and please,
Make yourself at home! 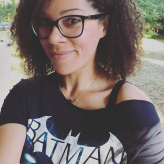 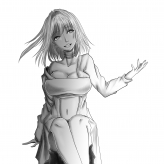