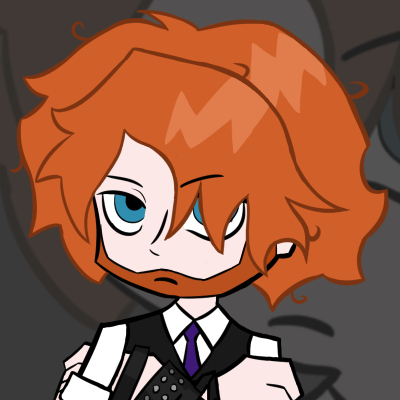 Currently I'm looking for rigs to use, with lily or ultimate bony being my better options.

I thought creating character ideas with all their abilities would be a fun start and would give me variety in the animations ideas I could pick from.

Two Idea's I have in mind, the first an old man conjurer, based off of my D&D character.
He summons doors linked to other realms from cubes he throws from his bag. Basically fun with portals, the doors can either be used to summon certain monsters/ parts of monsters, or to move people around.
This idea is less fleshed out but I like the idea of his recall being throwing a door down and getting the wrong one and having to rummage for the correct cube.

The second idea is a Elise type range/Melee switch dualist, based off of words my little sister suggested as I was thinking of ideas: fate, destiny and sewing. I realise the switch would probably replace the R like Elise's does but I had an ability that would have been the ult before the switch ability came into play.
The ability would be sewing two enemies together, so either quickly teleportation between the champions attaching a thread between or a stationary movement that adds the threads magically then a pull to force them into a closer radius. Games wise it would probably restrict movement away from each other and share dmg for a short time.