Alchemical
polycounter lvl 5
Offline / Send Message
Alchemical polycounter lvl 5
Aug 2017
Hey everyone, Im a bit of a lurker that's made a post now and then asking some questions and issues with software, but I haven't ever put up any posts for critique. I hope with this thread to get some feedback and critiques from the community and hopefully that will feed into the pressure I feel whipping me to stay on track.

So I will upload any painting or drawing I do onto this thread and l would greatly appreciate any critique I can get! Here we go:


A recurring problem of mine is I can't wrap a painting up. There is an entire graveyard of .PSDs and pages in my sketchbook that I've started out but cant finish. The main worry is that I never can seem to get it right and keep getting frustrated early on. So I close it down and move on, promising to come back to that later... but I never do. I even made a post about this long ago, Im scared to bump a dead thread but if any of them see this Im grateful for the advice I got. On top of that, I blend WAY too much, I can sit for hours just blending things up until my art teacher recently pointed it out

The premise of this little study-project I've been doing is simple, Im gonna do a bunch of 1-hour still life-paintings of different objects I place on my desk once every day. What I hope is that most of my flaws will hopefully be apparent as I go along and what to work on next. The time limit will also force me to manage the process from start to finish, hopefully improving my workflow and stop me from wasting time with unneccessary blending. 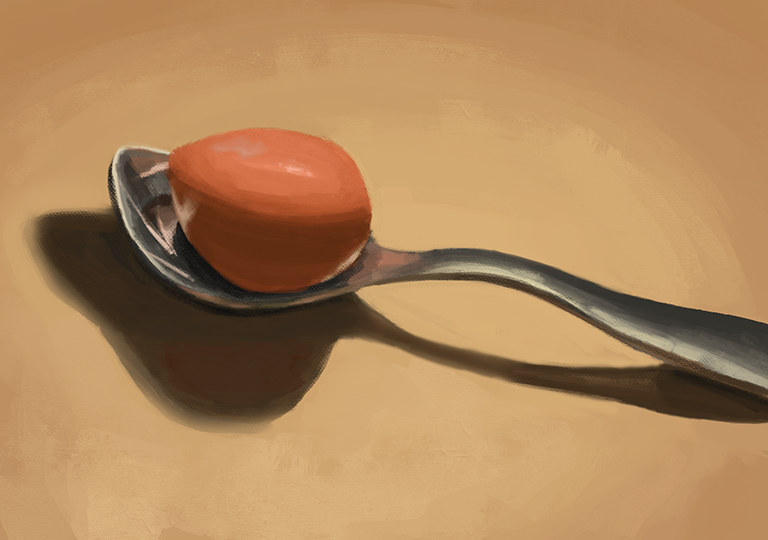