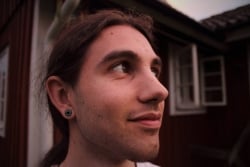 "Road to Mount Ardrak" is an environment I've created in World Machine and Unity 5.5 (yes, Unity!) during the course of 24 hours. I've used a total of 14 assets for this environment, which I've gathered from Megascans.se and the Unity Asset Store. 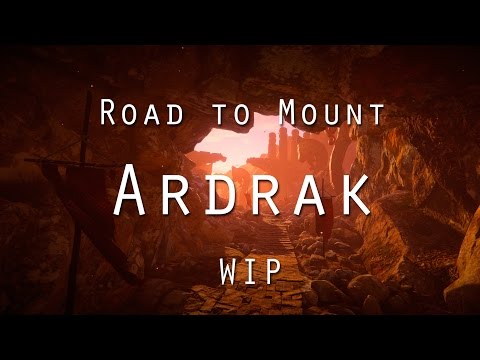 My main goal with this environment was to create a AAA environment with focus on realism, lighting, composition, re-usability and rapid-fire design. I chose to enforce a 24-hour rule upon myself in order to challenge myself and make sure that i constantly focus on what's most "bang for the buck" for the environment. To use big strokes, and not focus on details.

This environment is also meant to be part of my upcoming portfolio.

Unity can seem as an odd choice of an engine when aiming to create an AAA realistic environment, but felt like a natural choice for me. I have been using Unity for almost 4 years, in comparison to Unreal Engine and CryEngine which I've (unfortunately) only spent a few weeks in. Experience alone was not the only thing that enabled me to make this environment though. I have over the years bought several custom shaders and post-process effects from the Unity Asset Store, which have helped me immensely when creating this environment.

I used Megascans.se to sort out the natural aspect of the environment. Five photoscanned 4-8k resolution rocks/assemblies were enough to create varied rocky parts and a pseudo-cave. An environment entirely made out of photoscanned rocks is - despite the detail - quite boring and plain. I needed other, different, assets that hooked the eye of the beholder.

Finding non-natural assets of the same quality as Megascans was not an option since i simply did not posses the funding at the moment. Creating them myself was also out of the question - i had neither the skills or time to create something comparable to photo-scanned assets.

What I ended up doing was picking up a few free assets from the "Blacksmith" and "Viking Village" environments from the Unity Asset Store, and gave them a visual upgrade. This work mostly consisted of altering albedo textures, adding detail textures, and replacing the standard Unity shaders with a few more advanced shaders.

Here are two examples, the right part of the assets being the final version. The wooden dragon head was one of the faster upgrades since it only required some albedo texture tweaking in addition to a tiled detail wood texture (~15 minutes). The flag on the other hand, was one of the most time consuming upgrades, around 1 hour. Altered albedo, added translucency, cloth physics and a script that simulates wind for the cloth.

I will be posting more details about the terrain workflow, post-process workflow and other technical detail in the days the come.

For those that are curious, here's a list with all of the shaders and post-process effects i have used from the Unity Asset Store:

I really encourage all of you to criticize anything you may think can be done better! Don't be nice - i want to learn as much as possible. (: 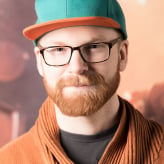 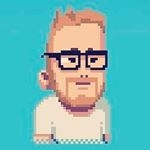 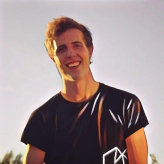 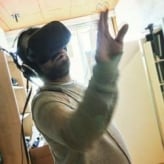