JSpoon
null
Offline / Send Message
JSpoon null
Nov 2016
Here is my first inspiration board. I tried to keep it somewhat limited. I could easily spend a week looking up reference, but I only have 6 weeks, so I need to get working.

My big environment influences are Bladerunner, Fritz Lang's Metropolis, Republic City from Legend of Korra, and other fictional city designs based on the Art Noveau aesthetic.

Something that I would like to convey is the bad stuff that was going on in this time period as well. There was the birth of the Mafia, Nazis and anti-semitism, two World Wars, McCarthyism, and a lot of other bad stuff that gets looked over. So in my pretend society, the elite have also picked up on ideas of racism and extortion that also were predominant in that era. In order to do that i want to show a lot of depth in my city scape. I'm thinking a shot from the ghetto, looking back through brownstones where the mafia would be, out to the towers of the elite.

I've recently been reading some steam punk style books by Ian Tregellis where robots who achieve free will are persecuted by their makers, but coveted by the enemies of their makers, so I thought about bringing some of his ideas into this period where maybe the robots with free will, and their 'abolitionists' are sent to ghettos. I still have to figure all that out, cause it sounds like a scope creep nightmare waiting to happen. Once I start blocking stuff out I'll see what I can figure out. 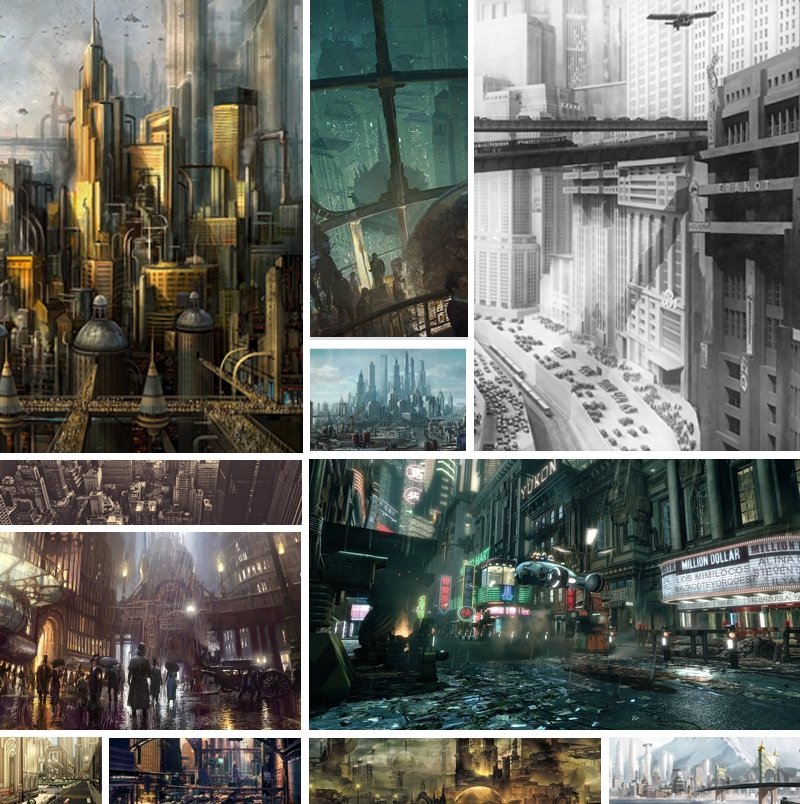