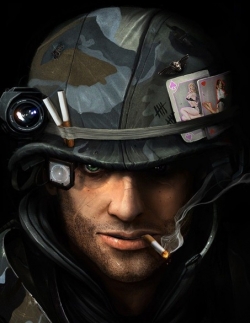 When I saw Interstellar for the first time it immediately became the new all time #1 movie for me. I knew I have to use it as a base for a project in the future and when Sketchfab announced that they hold a contest for movies I knew what I had to do.

Unfortunately I couldn't finish it until the deadline as I had only 2 weeks, but I thought I would rather spend more time on it and be satisfied at the end, than lower the bar to meet the deadline for the contest.

I think the scene is a good fit for VR, so I have set it up on Sketchfab to work with the Rift/Vive. It works with Gear VR too but as it's a bit performance demanding, it lags like hell. (The previous version runs at an acceptable frame rate though.) Good news, using UE4 I was able to make it run steadily on the Gear VR as well!

This is how it looks at the moment:
Sketchfab link (I'm using a link because the Polycount embeder won't accept custom url settings

)
Also don't forget to set it to HD, use the First person navigation and it is highly recommended to listen to the soundtrack while exploring! Now I'm working on some improvements for the Tesseract in UE4, adding parallax effect to it, fixing the intersecting/mismatching polygons and such. After this, the next step will be adding the characters, which will be an interesting thing as I have never made any characters so far...

Also I would be happy to share the Gear VR (and Oculus Rift eventually) version, but not sure how it might work (due to legal and Oculus store issues).

And of course I'm eager to hear your opinion on the stuff.