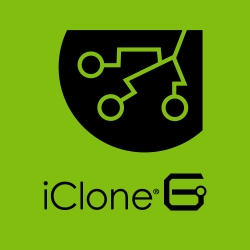 After two months of intensive work and sharing, Reallusion and Polycount announce that the iClone 2016 3D Character Design Contest has finally come to an end with dozens of incredible character entries that have helped rewrite the 3D character design rules. 3D character design has proven to be one of the most challenging tasks for 3D artists, as creating fully animatable 3D characters often requires a multidisciplinary team. To address this Reallusion provided contestants with the iClone Character Creator tool, one of the most versatile 3D character solutions that has changed the character design workflow through a creation system that includes fast avatar slider morphing, free-to-dress capabilities, fully rigged face and body animation, along with multiple accessory usage for unlimited possibilities in one free, easy to use application. 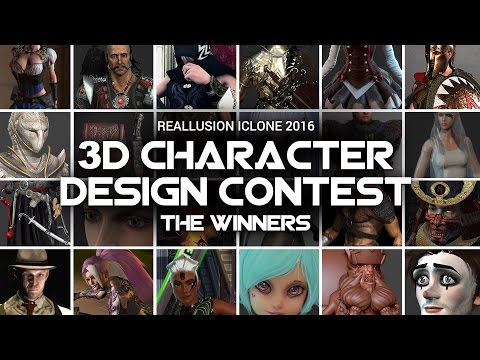 Through great efforts Reallusion is honored to have joined forces with some of the best partners in the industry, allowing us to put forward amazing 3D design synergies to all would-be participants through generous prizes offered by an all-star list of contest sponsors. So let's give a round of applause to all the winners and contestants, of the iClone 2016 3D Character Design Contest! https://www.reallusion.com/iclone/event/2016-3d-character-design-contest/winners.html

https://sketchfab.com/models/ef9ca8edfa4641ac8a464d88068a933b Lilia Vorontsova: First place goes to Lilia Vorontsova! This newcomer has managed to come a long way in such a short time as she is currently studying 3D. Her Ukrainian warrior character Kossack-kharacternyck entry showed great sculpting skill with remarkable design quality that was both functional and original. Lilia also demonstrated great learning abilities by fully employing the iClone Animation Pipeline to fully rig and animate her character, while genuinely sharing her inspirations and progress along the way. For this, we congratulate you, Lilia! 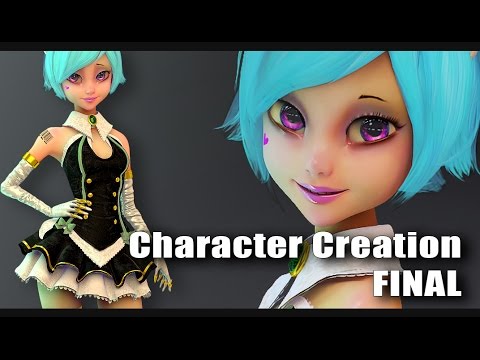 https://sketchfab.com/models/2c4963778a784aa193c4ace127afbafd Olga Anufrieva: Second place goes to Olga and her charmingly cute doll character! This cuteness overdose had our judges blushing thanks to its own original style, high-quality sculpting, and overall greatness. In her entry, Olga demonstrated great proficiency in retopology, texturing, and painting. We were also treated to a couple of very nice work in progress videos that demonstrated Olga's journey in turning her charming vision into a 2nd place powerhouse winner! Congratulations Olga!

https://sketchfab.com/models/c8418b41f0c74d7598e1109bc6c44612 Adolf Navarro: Out of left field comes Adolf Navarro, again! This talented iCloner has managed to consistently join the ranks as one of the best 3D artists, winning back-to-back to prizes in all of our recent competitions! This year Adolf slides into 3rd Prize with his Antareus - Ancient Greek Warrior. In this entry, Adolf demonstrated great skill, detail, use of Character Creator, and a tremendous work in progress thread that made these top prizes very difficult to judge. In the end, Adolf also treated us to an amazing showcase video that was the best in the competition! Well done to Mr. Navarro!

SPECIAL AWARDS - BEST USE OF VR

https://sketchfab.com/models/14afeda06f604fd68940bb629a4235e9 Alex Borre: The best use of VR goes to Alex Borre and his high-quality, medievel-40's style character - Laure, The Steel Knuckle. In his work in progress, Alex showed his use of iClone's Character Creator, ZBrush, and Marvelous Designer. With Sketchfab's VR friendly web viewer, Alex created an excellent VR display complete with poses and preset animations that would surely snatch him that coveted HTC Vive headset. Congratulations Alex!

SPECIAL AWARDS - BEST USE OF ICLONE 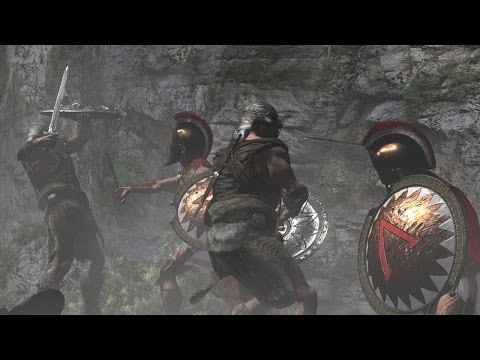 Adolf Navarro: Yes, again a winner. Top-notch work is impossible to ignore, and Adolf continues to surprise not just the Reallusion team, but the entire 3D Community with his amazing talent for cinematics, art creation, character design, creativity, and vision. In his entry, Adolf's skill with iClone secured him one more spot in the competition, proving once more that this upcoming TV show producer is only getting started!

https://sketchfab.com/models/fa8ab960460c45bbaa7f8c7c67c28036 Philip Siemens: Philip Siemens's the Baroness (Ronya) character, helped him secure the best use of Character Creator thanks to his clever use of the tool along with a strong combination of iClone physics, constant testing in his WIP thread, and the best cloth textures including; a fur trimmed coat. Congratulations Philip! 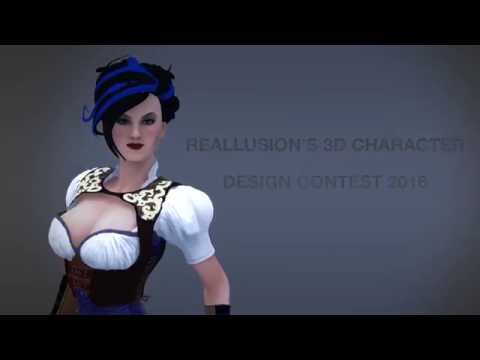 Anna Makovei : Throughout the contest, we had lots of great outfit designs but one that stuck out for us was Anna's Steampunk woman where she used Character Creator for the base model, followed by quality work in Marvelous Designer to create a very elaborate garment including; gloves, boots, and accessories. Congratulations Anna for a job well done!

LookingGlassGraphics: This honorable mention showed great use of CrazyTalk 8 to create a 3D Head for use in Character Creator. LookingGlassGraphics demonstrated good inspiration, attention to detail, and a great work in progress thread with videos. 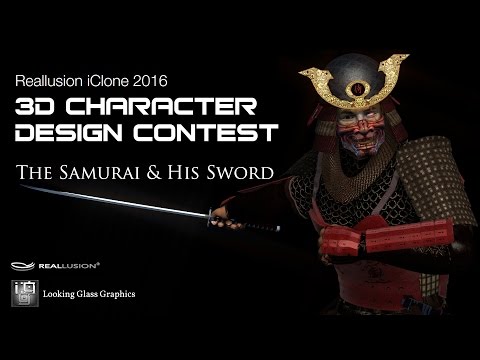 Alexionna Bushell: The next honorable mention for Best 3D Character goes to Alex. In her entry, Alex shared her League of Legends inspiration while using a Daz 3D base, and Sculptris, inside her generous work in progress thread. She also treated us to some of her interesting iClone animation videos. Awesome work Alex!

DT: An honorable mention goes to DT's character Zane Artoriya. DT is a creative CG artist that showed great use of many tools along with a very in-depth work in progress thread and a high-quality video display to match. Thank you DT for generously sharing your work and ideas. For this, we salute you!

HONORABLE MENTION - BEST USE OF VR

Wolfzone Digital: A VR honorable mention goes to Wolfzone's Minotaur character, for making great use of Character Creator morphs, along with 3DXchange, ZBrush, and 3ds Max. In the end, Wolfzone even treated us to a 360-VR video set in a sweet, ancient Rome-like arena! Great job Wolfzone! https://sketchfab.com/models/880bd4ee69774726ac1c73da8c9aca5c 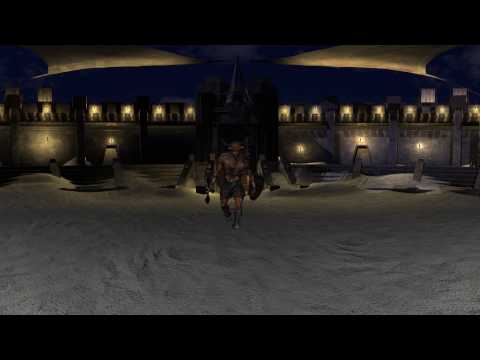 Renato Limón Cisneros: Congratulations to Renato for making that leap forward in joining the competition and making his first Polycount post! Through his thread, Renato showed good use of sketches, along with Blender, Character Creator, ZBrush, and 3DXchange. In the end, we were happy to see that his 3DXchange rigging came in handy for his Sketchfab VR display. Congratulations Renato, and welcome to the world of fast iClone animation! https://sketchfab.com/models/7057afba7d7e4d6c93a7db63d57238a7

Joe Lo (Yong Chuang): An honorable mention goes to Joe Lo for his Rosamund Kwan Chi-lam look-alike avatar which he flawlessly generated with Character Creator. Joe used Character Creator to generate his character's face and body figure. He also made extensive use of iClone hair, and ZBrush sculpting, not to mention the good use of iClone animation. Very good work Joe! 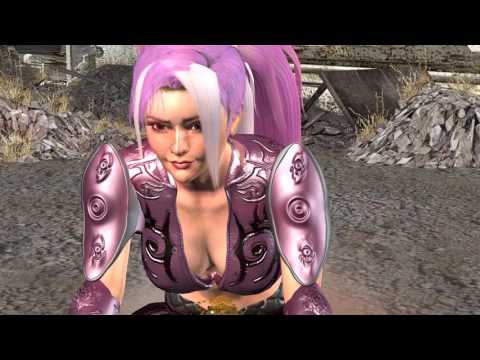 Charles Mandracchia: Professor Mandracchia submitted three character entries, each using the Character Creator tool for their base bodies. He made good use of soft cloth physics, iClone Party Packs, and iClone animation scenes. Good job professor, and thank you for participating!

Laura Sajdik: An honorable mention goes out to Laura for her Irish Mobster entry. It's important to mention that this was Laura's first attempt in using Character Creator for her base model. She later used a combination of Marvelous Designer and ZBrush for clothing and sculpting to create a neat, high-quality design, with good use of iClone lighting. Great work Laura!

Eugene Kuchinsky: The last honorable mention goes to Mr. Kuchinsky for his multiple character entries where he also used Character Creator for the base models (CC), to later skin and cloth in Marvelous Designer prior to retopologizing in Mudbox/Blender. Eugene demonstrated good use of many tools along with a high-quality display on Sketchfab. Congratulations, and thank you for participating, Eugene! 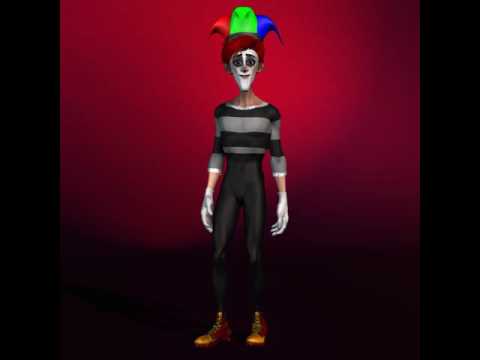 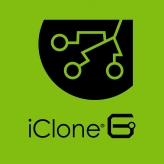 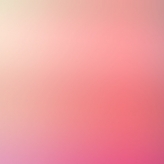