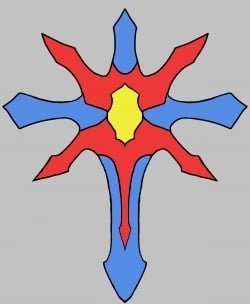 AdventDestiny
polycounter lvl 2
Offline / Send Message
AdventDestiny polycounter lvl 2
Jul 2016
Hello, my name is Geoffrey J. Smith, and I'm a new member of polycount! I'm honestly very new to 3d modeling and animation [honestly any for of animation for that matter], and I've decided to participate in this challenge mainly for the opportunity to actually complete and animate a full character, something I've neglected to do for a while, despite having the resources to do it.
My planned project will be a short animation, probably 5 minutes, give or take a minute or two, and will feature a female humanoid I call a Siren, based off a design I did for the Tumblr 30 Day Monster Girl Challenge; pardon the less than spectacular sketch, my artistic skills are still in-development! The plan is to create a scene told from the perspective of a handheld camcorder, of a man who's lost in the woods, coming across a mysterious pond that is home to a exotic yet alluring being, which proves to be as dangerous as she is beautiful.

Primarily I plan to create an original character model in ZBrush, with the hope of getting trial access of iClone and Character Creator to speed up development [if not I still have Unreal Engine 4, DAZ 3D, and Blender as alternatives], and I may use Substance Painter and Designer too.

I plan on posting this on the Reallusion forums, so anybody participating on both should probably expect some identical posts between the two forums [aside from the different responses on the two sites]. I'm totally open to suggestions and critiques, and honestly I look forward to any advice that can be offered. I'm so new to this I'm going to have to do some serious learning to get something done in two and a half months!

In the end, I'm not going at this expecting to win, or even be a top design, I'm participating for the sake of sharing my creativity and improving my skills for the future... but it'd be real great if I could win a couple thousand dollars with my monstrous beauty here!
0 · Share on FacebookShare on Twitter