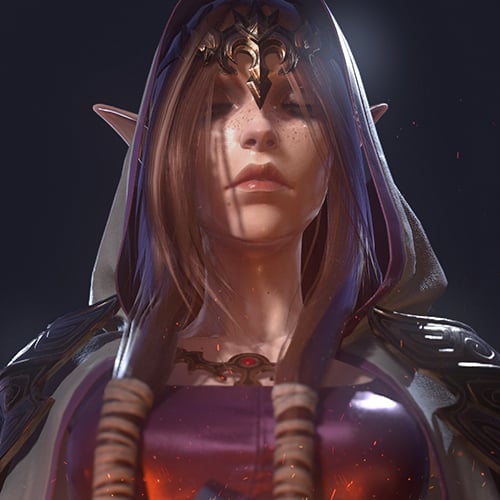 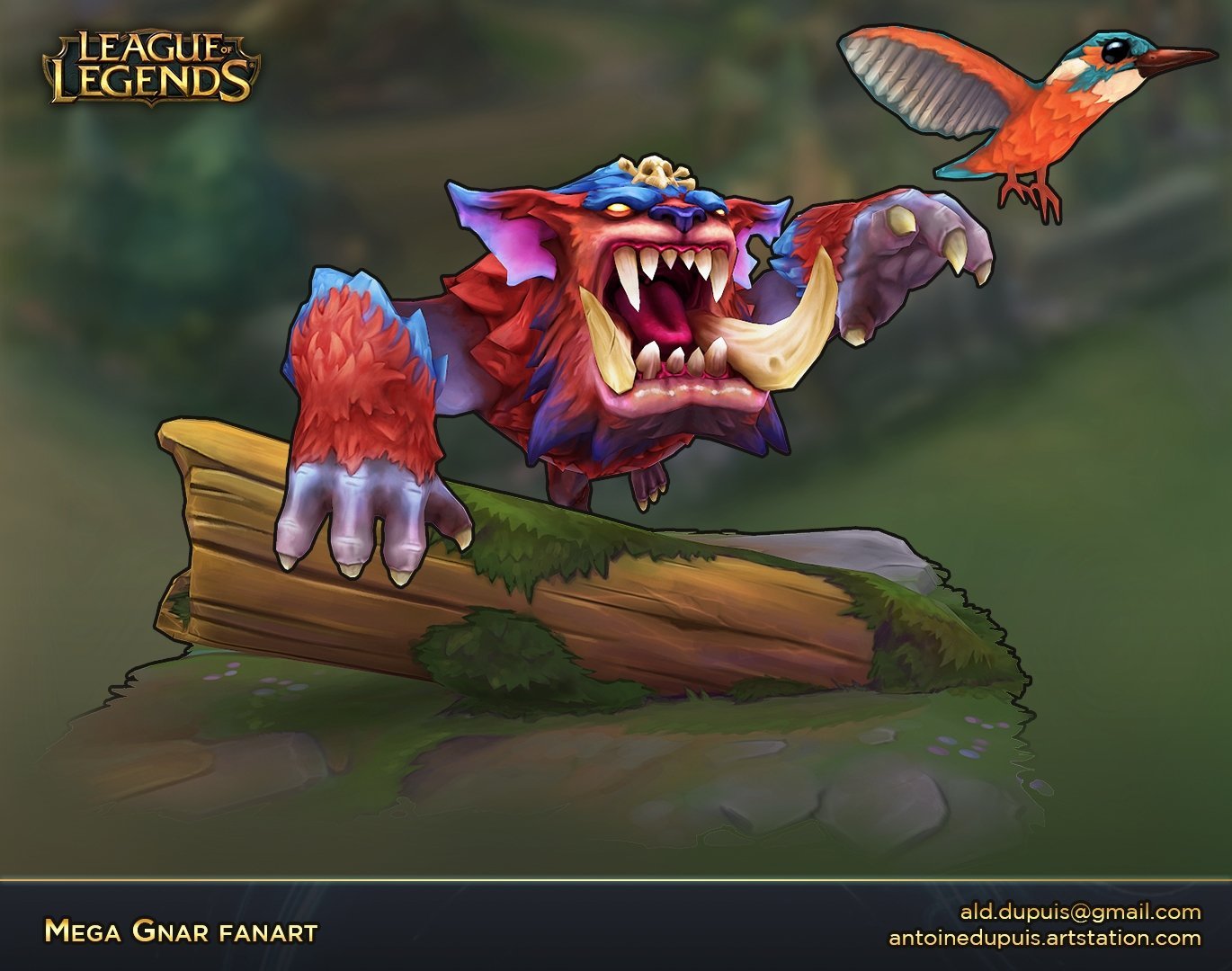 The aim is to show something not biped/humanoid on my portfolio, as well as improving my hand painting skills.
I'm doing it as it is in game, the closest I can to the in-game model.

So here is my refboard; I can't seem to find any official concept art online except the one below which reminds me of the spongebob meme (this one http://i2.kym-cdn.com/entries/icons/original/000/018/259/55181940.jpg lol).
But thanks to Lolking.net I managed to get some poses, even a T pose and took screens of it as a work base.

(Mega Gnar has his head looking above in T pose, which makes a lot of sense skinning/animation wise, but its also kinda hard to compare to in-game refs to see if its good) 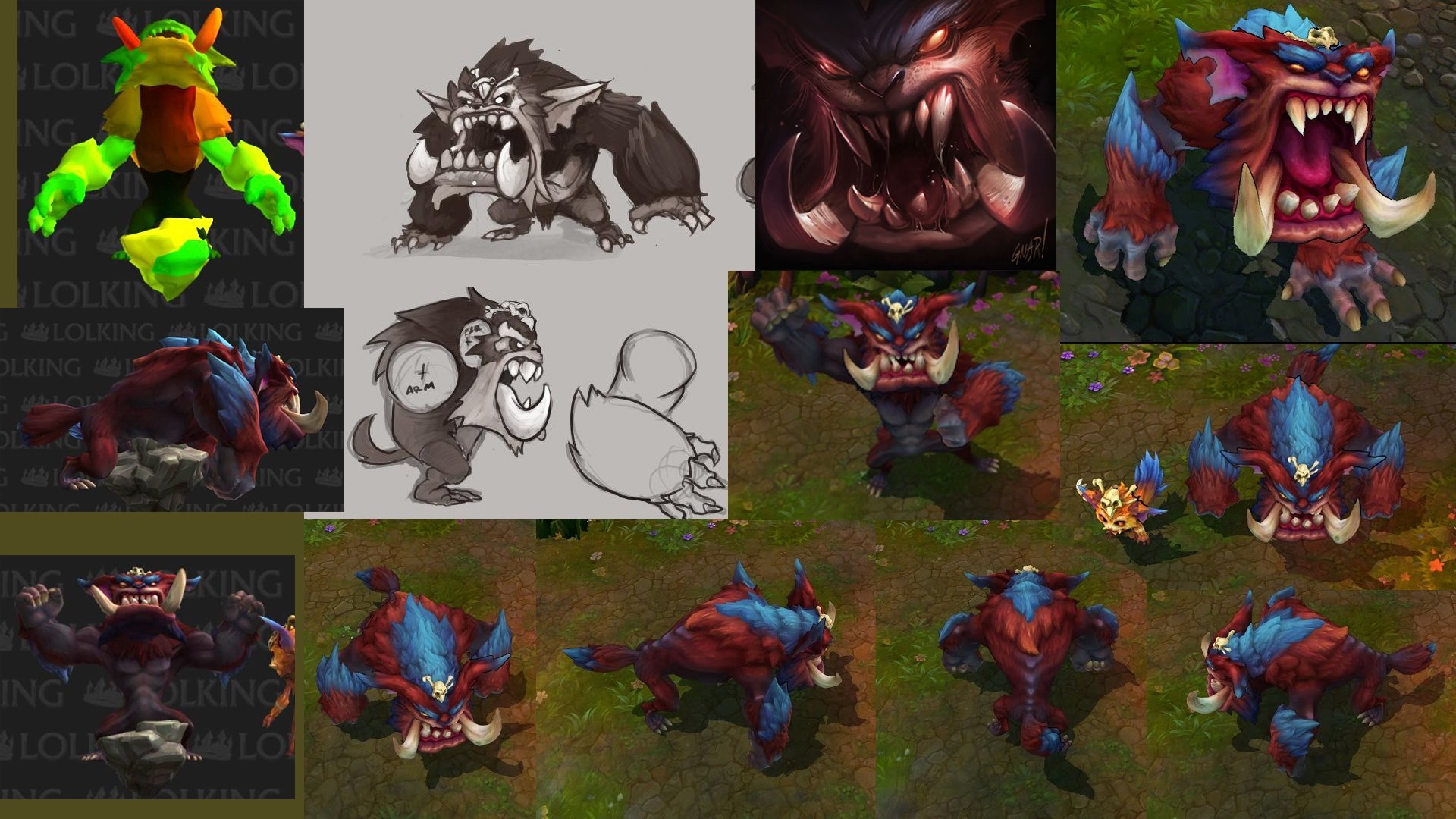 So after something like 3-4 hours in, here is what I have. Of course it's early early WIP so lots of things are off. (Head was subdivided just to test some things, ofc it's off and blobby, I'll just get back at working on it on the lowest subdiv level 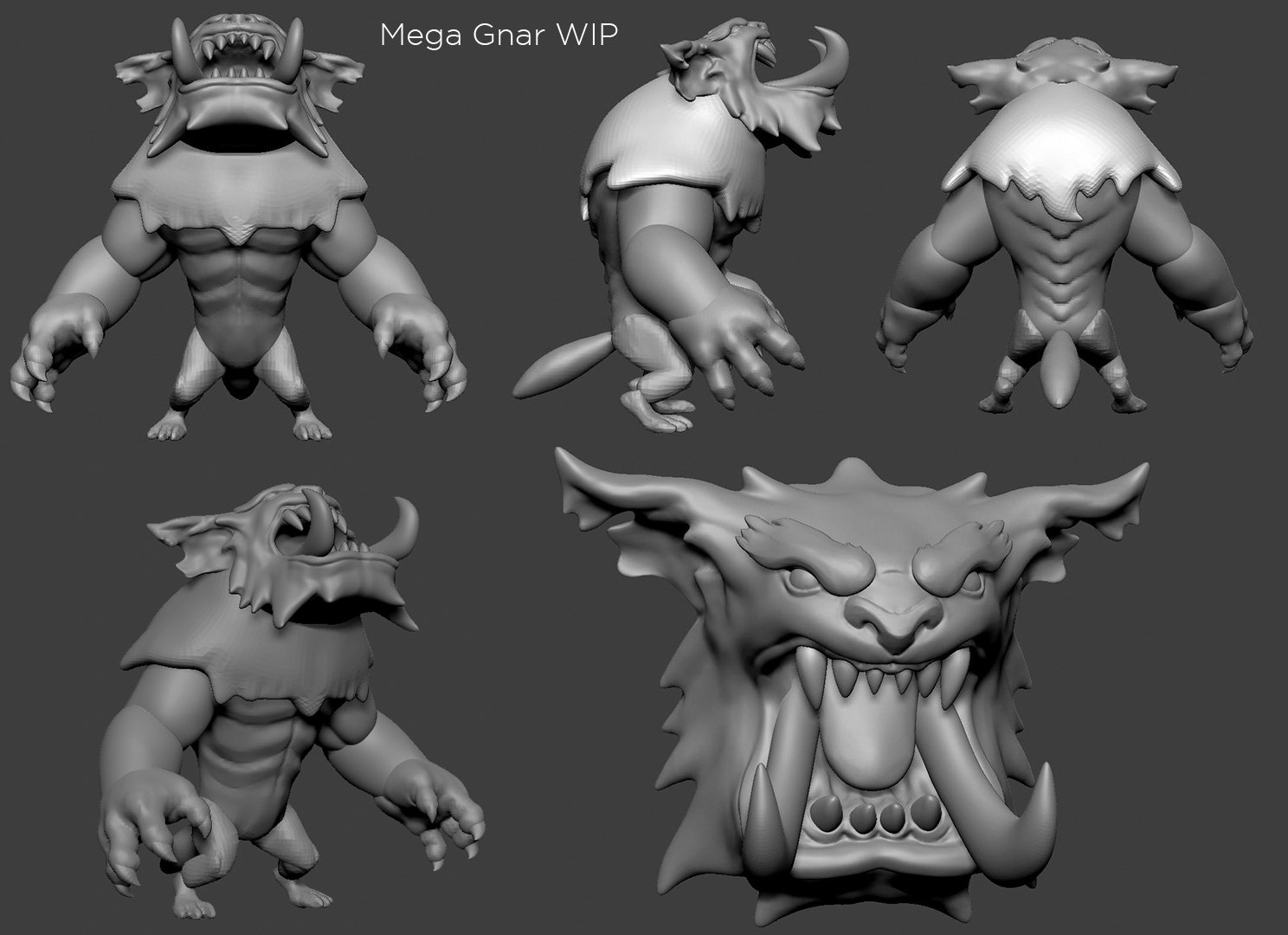 Sculpting is fun, but I already can't wait to get to the painting part.
Any crits are welcome!