When we found out about Polycount contest, 1st idea was to make a skin in "Dune universe" (created by Frank Herbert) style.
The legend stated that the Atreides family came from a noble family that originated in Greece on Earth, and that they rose to prominence during the Butlerian Jihad. House Atreides specifically claimed descent from King Agamemnon, a son of Atreus, in Greek mythology. The descendants of Atreus are called "Atreides" (plural "Atreidai", Latinized as "Atreidae") in the Greek language.
Atreides House is best for our idea because they have very interesting style - space aristocracy.

Dune universe contains 3 main house's (Atreides, Harkonnen and Corrino), and we like Atreides House more then another Firstly we want to make an m4a4 in this (elite energy weapon) style because of m4a4 have very "sci-fi" design. 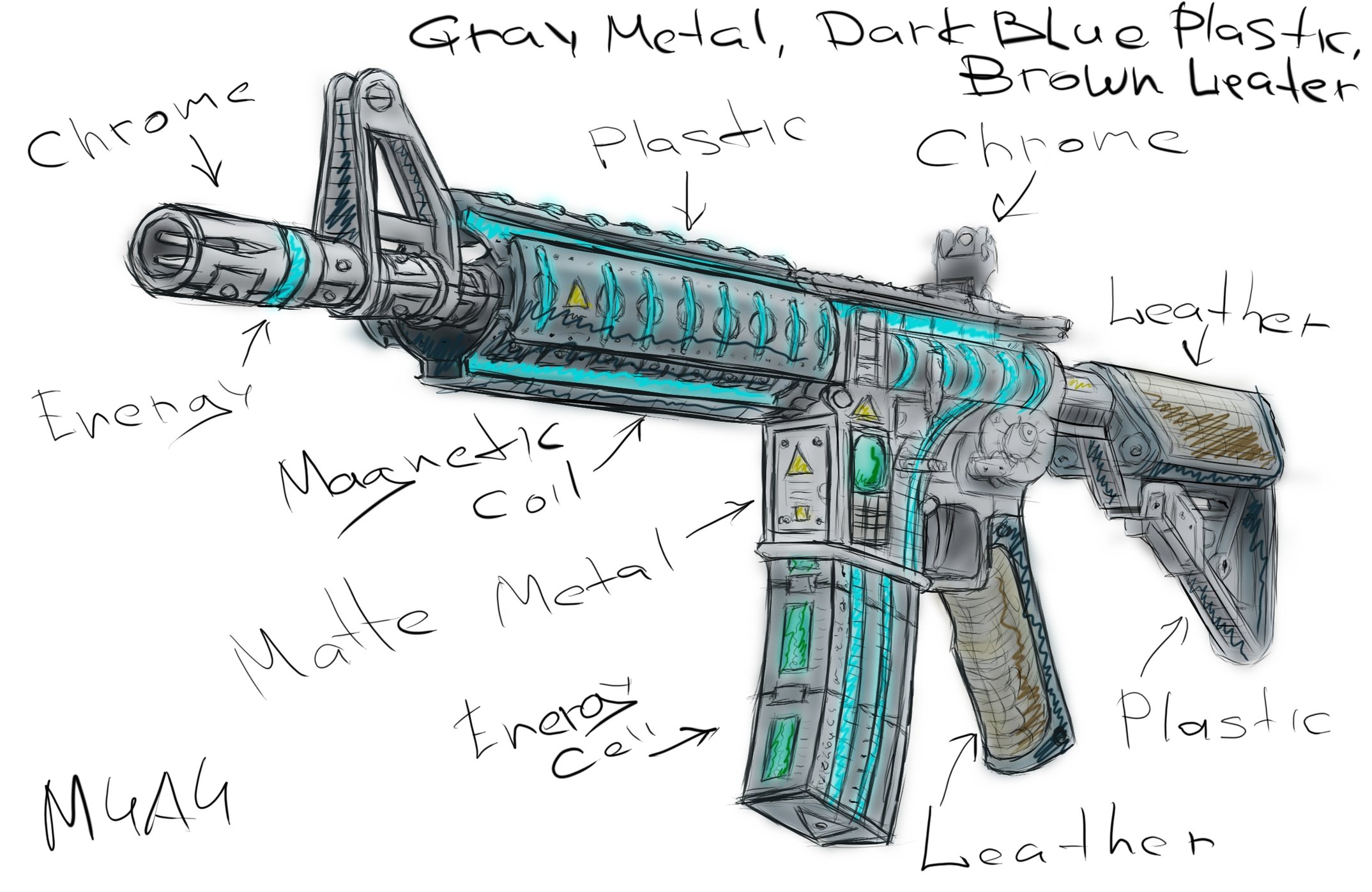 ...but then we decide, that idea looks better for "Covert" weapon, AK-47. When we start work at AK-47, we think that our idea is awesome and we need full colection in "space aristocracy" style.  We create a story for collection, after contest we'll continue story with every skin we upload to make our own universe. Enjoy!

The year is 2150, the start of the second Mars expedition.
For ten years, 20 volunteers prepared for everything they would encounter on the red planet - sand storms, freezing fields, blistering days, and even for live without power and communication with Earth.
The media displayed false objectives and tributes of the expedition - gathering information on the ground and the atmosphere of the red planet. However, this masked their true intensions - to find the reason for which the connection with the 1st Mars expedition was lost.
God of War has old energy weapon as a gift for expedition. This weapon is The Legacy of 21th century.  First expedition is over because of 1st war outside of the Earth, the 1st war for Mars, and the energy weapon was the main reason for war.
.....Are people ready for this gift?
AK-47 | The Legacy Added story of logo (i forgot add it earlier)

We need to create own logo, coz standart logo of m4a4/m4a1-s is bumped logo by normal map in style is not allowed for our collection. We create an own logo for all collection and we use it at AK-47 and we'll use it at all skins of our collection.